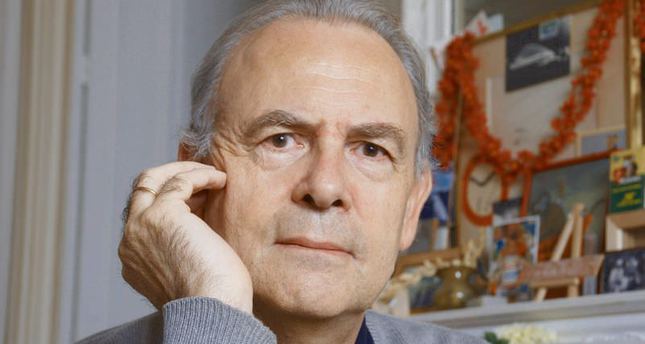 by Kaya Genç Oct 12, 2014 12:00 am
When the Nobel Committee awarded this year's literature prize to French novelist Patrick Modiano on Thursday, I was asked who his Turkish publisher was. "I don't know," I said. "I have never heard of Modiano before, let alone his publisher.

But I am guessing Can Yayınları is publishing him." I was right. In order to make an enlightened guess about the year's literature prize most people visit the website of Ladbrokes where you can place bets on who will win. In the future, checking the catalogue of Can could be a more instructive method for the impatient followers of the Nobel prize. Somehow the editors there seem to have discovered Nobel laureates long before they are awarded the prestigious prize. Not all of Modiano's work has been published by Can.

Tudem and Varlık had put out "Catherine Certitude" and "Un cirque passe," respectively. But it is Can which published "Fleurs de ruine," "Du plus loin de'loubli," "Une Jeunesse" and "Chien de printemps" with Turkish translations by Hülya Tufan, Tahsin Yücel, İnci Gül and İsmet Birkan. What does this situation tell us?

As he founded Can in 1981, Turkish publisher Erdal Öz was determined to bring the best works of world literature to his country's readers. Öz was not particularly keen on spotting best-sellers and making money from them.

Nevertheless some of the highbrow books he has published (by Umberto Eco and Gabriel Garcia Marquez, to give but two examples) proved extremely popular among readers and he made money from them.

Their success made it possible for his editors to commission translations of "difficult books" such as those by Modiano.

Can's literature catalogue has reached its current prestigious position thanks to this synergy between titles not yet discovered by the world (and the Nobel Committee) and those which have proved successful both abroad and in Turkey.

Modiano's name had been a well-kept secret. In the U.S., where an expectant literary community have waited for so many years to hear Philip Roth's name from the lips of the committee secretary during the yearly announcement, people were disappointed to see their great writer miss out once again.

In America, Modiano is not a popular novelist. Unlike Milan Kundera, who was very popular in the1980s around the world, he had never received the star treatment. He is no Murakami. And unlike Knausgaard, whose books are obsessively read nowadays by English speaking writers, his name rarely found its way into English language publications.

Born in 1945, Modiano spent his youth roaming the streets of Paris, trying to make ends meet. He published his first novel at the age of 23. Entitled "La Place de l'Etoile" it is a story from the Nazi occupation of France.

One of the reasons the Nobel Committee picked Modiano was his depiction of the Occupation. He constantly and obsessively returned to this point of departure, and the Committee was very impressed by Modiano's determination to take a look at all those figures who were lost in those years.

He was awarded "for the art of memory with which he has evoked the most ungraspable human destinies and uncovered the life-world of the occupation." To see him win the Nobel would surely make Erdal Öz proud.