What Makes ‘Memed, My Hawk' Tick 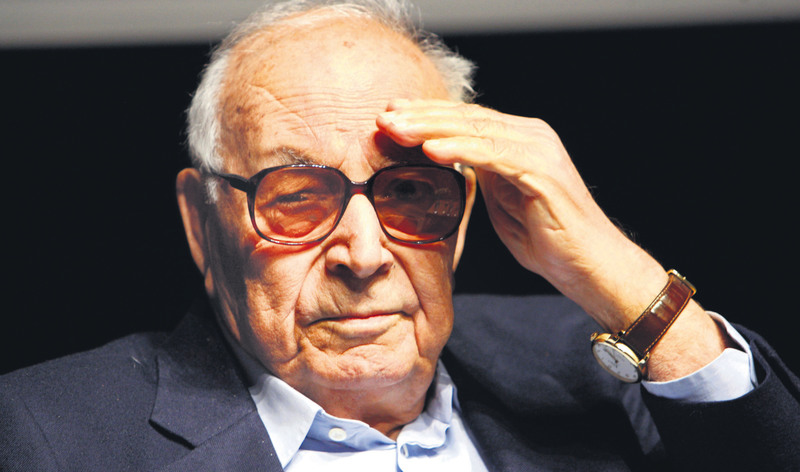 When the death of Yaşar Kemal, the greatest living writer of Turkish literature, was announced last week, his readers started discussing the master's legacy. Many of us still wonder about how Kemal had penned a masterpiece of world literature, ‘Memed, My Hawk,' when he was only 25

In Turkey you can have a reputation as a great writer just because you are well connected and have influential friends in the media. If you have penned good books, that, of course, will also help. Compared to such figures known only among a small group of intellectuals, Yaşar Kemal's reputation was something else entirely. The brilliance of his prose was evident for every literate person, not only for those who knew him personally, or supported his political views. Like Faulkner, Marquez and Hemingway, Kemal was a master of the novel form and had an erie talent for telling extraordinary stories. His reach was international, his stories amazingly accessible, his reputation impeccable.

Just take a look at his "Memed, My Hawk," translated into English by Edouard Roditi and published by New York Review Books Classics, to see how the master could easily have the reader in the palm of his hand, exercising total control over his emotions. The opening sentences of the novel are famous for their descriptive power: "The slopes of the Taurus Mountains rise from the shores of the Eastern Mediterranean, on the southern coast of Turkey, in a steady ascent from the white, foam-fringed rocks to the peaks. They then spread inland, at a tangent to the curve of the coast. Clouds in white masses always float over the sea. The coastal plains between the mountains and the shore are of clay, quite smooth, as if polished."

This immediately sets the tone of the narrative and places us inside a world about whose particulars most readers know little about. The beauty of the passage comes from the writer's self-assured attitude toward his subject but also from his understated style. Kemal's writing almost never turns into purple prose; if his realistic, even dry depictions of nature seem poetic it is because he discovers and describes what is poetic in nature.

The way Kemal introduces sound to his narrative is similarly impressive. "Where the rocks begin a plane tree stands in all its majesty, its branches gnarled and bowed to the ground with age," he writes, rather mysteriously. "If you venture within a hundred yards of it, or even fifty, nothing seems to stir. All around it reigns a deep silence, a frightening stillness. Come within twenty-five yards, ten yards, and it still is quiet. Only when you come close to the tree, with the rocks at your back, does the tumult suddenly startle you. The roar is at once enough to deafen you. Then it decreases, becomes quieter."

I have long been baffled by the technical expertise of this passage. As a reader one experiences that moment of discovering the roar of the spring on a Çukurova plain. In 1961, when "Memed, My Hawk" was published, readers discovered something else: the power of Kemal's prose.

Another unforgettable passage appears in one of the first scenes where Kemal introduces his protagonist to the reader. "His knees gave way beneath him and he sank to the ground on a small stony slope. He could smell his own acrid sweat, but mingled with the pleasant scent of flowers. Though he could hardly open his eyes, he raised his head heavily, fearfully, and looked below, where he could barely distinguish a mud roof." There Memed walks toward Süleyman, a kind and elderly peasant, like a shadow. Taking him inside, he offers Memed food and shelter; together they start watching the hearth. "The flames from the hearth cast strange shadows. Watching these, the man could understand what was going on in the boy's mind as he stared at the shadows that shifted constantly with the flickering of the flames."

Kemal wrote "Memed, My Hawk" when he was only 25. He had started writing it in his hometown while making a living writing court petitions on his typewriter on a table in the middle of the street. "For me, writing 'Memed, My Hawk' was more than writing a novel; it meant opening up a new world and finding new images," he wrote in his introduction to the book. "What I understood was that when people find themselves cornered, when they feel the pain of death in their heart, they tend to create a world of myth in which they try to take refuge."

He added: "By creating myths, by conjuring up worlds of dreams, one can withstand the great suffering of the world and attain love, friendship, beauty, and even, perhaps, immortality."
Last Update: Mar 07, 2015 2:07 am
RELATED TOPICS