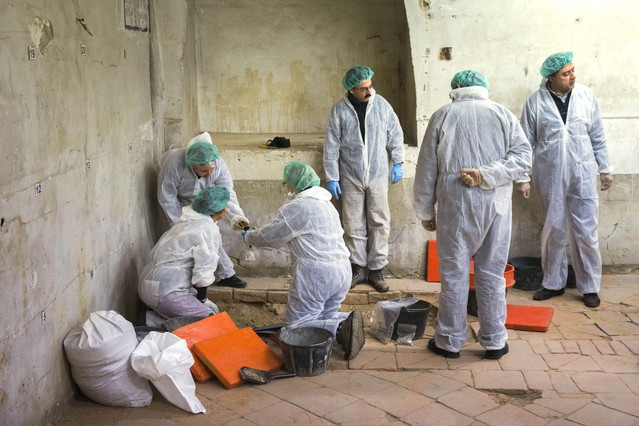 by Anadolu Agency Mar 11, 2015 12:00 am
Forensics experts confirmed on Wednesday that the tomb found in January 2014 under a church in Madrid was the burial place of Spanish author Miguel de Cervantes, local media reported.

The tomb of the author of "Don Quixote," who died on April 23, 1616, was discovered after researchers found a coffin in poor condition with the initials "MC."

Forensics experts analyzed bones from the coffin and confirmed that they belonged to the writer, according to Spanish news agency EFE.

Specialists were interested in locating the area where de Cervantes was buried in order to transform it into an official tourist attraction.