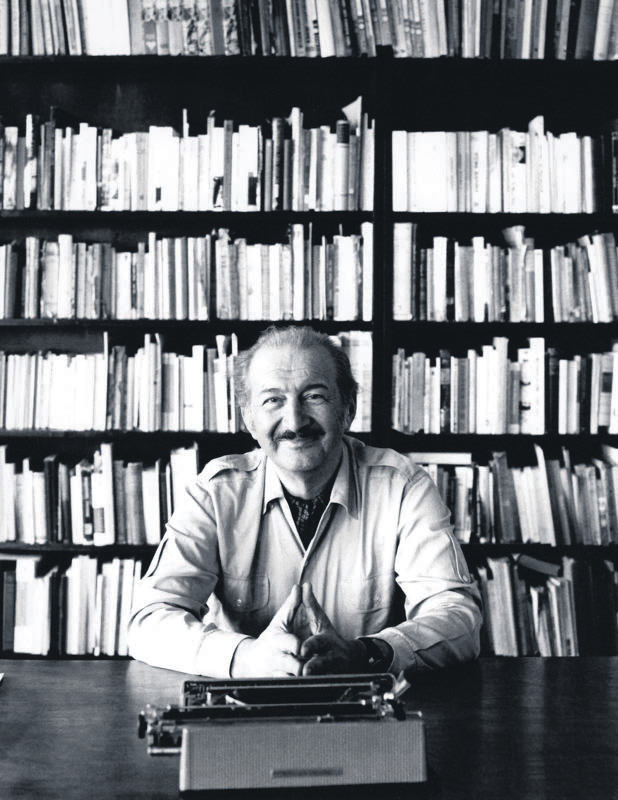 by Daily Sabah Mar 29, 2015 12:00 am
Haldun Taner, the late reputable playwright and author of Turkish contemporary literature, is commemorated on the 100th anniversary of his birth through a number of events, including a comprehensive exhibition at Istanbul's Caddebostan Culture Center Art Gallery. Since its opening on March 17, the exhibition "Bir güçlü yazar, bir güzel insan: Haldun Taner 100 Yaşında" (An influential author, a beautiful person: Haldun Taner is 100 years old) showcases the author's personal belongings, books, photographs and other stuff representing interesting moments of his life and literary career. The exhibition will run until April 16. In addition, the International Organization of Turkic Culture (TÜRKSOY) announced that 2015 has been declared as the "Year of Haldun Taner." TÜRKSOY said in a written statement that member countries would include his works in their national theater repertoires and promote Turkish theater through cultural festivals dedicated to him. For Turkish readers, Yapı Kredi Publishing has published some of Taner's books, including "Keşanlı Ali Destanı" (The Ballad of Ali of Kashan) and "Şişhane'ye Yağmur Yağıyordu" (It was raining in Şişhane), this month as a part of a special collection to be completed next year.Born into a well-educated family in Istanbul, Taner studied in Vienna and Heidelberg after his secondary education at Galatasaray Lycee. He taught drama at Istanbul University and worked as a journalist for daily newspapers. During his years in Germany and Austria, Taner made observations on German people's perception toward Turkish people. His experiences allowed him to reflect the relationship between the German and Turkish people in his stories through an ironic but simple discourse. His works have been translated into different languages. "The Ballad of Ali of Kashan" is a satirical epic play available in Polish, German, Bulgarian, English and Russian. It attracted much attention in Europe and is still considered among the major works of Turkish dramatic writing. A TV series and film adaptation of the play was screened in previous years, and the play is still performed at state and city theaters around the country. Taner published seven short story collections, 10 plays and six cabaret pieces. The English translations of his stories are compiled in the book "Thickhead and Other Turkish stories" published by UNESCO.
Last Update: Mar 29, 2015 8:54 pm
RELATED TOPICS