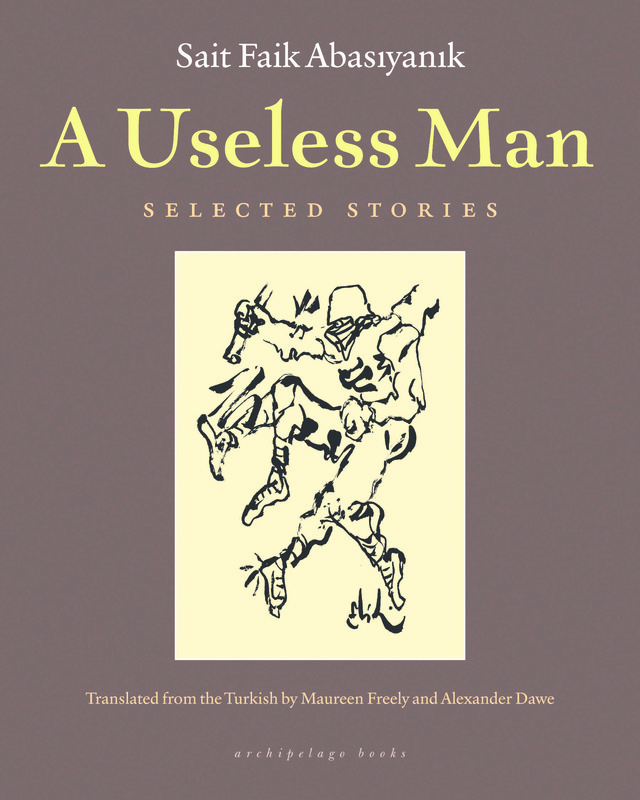 by Daily Sabah Apr 20, 2015 12:00 am
Archipelago Books, a non-profit press devoted to contemporary and classical world literature, has released works by the late short story author Sait Faik Abasıyanık for English-speaking readers. "A Useless Man: Selected Short Stories" was translated by Maureen Freely and Alexander Dawe and published with the support of the Turkish Cultural Foundation (TCF) and the Ministry of Culture and Tourism through the Translation and Publication Grant Program of Turkey (TEDA). The book begins with "Semaver" (The Samovar), which tells the story of an electrician and continues with "İpek Mendil" (The Silk Handkerchief) and "Dört Zait" (Four Plusses). Lending his name to Turkey's most prestigious short story award, Abasıyanık was a fruitful author. His writing celebrates the natural world, while giving vivid details about the story such as ancient coffee house proprietors and priests, dream-addled fishermen, lovers and wandering minstrels. Most of his stories "are loosely autobiographical and deal with [his] frustration with social convention, the relentless pace of Westernization, and dehumanizing of his beloved Istanbul," the publishing house reported. Abasıyanık, who died in Istanbul in 1954, wrote 12 books of short stories, two novels and a book of poetry. Next month, co-translator Freely will introduce the book in New York with American novelist Edmund White. Freely will participate in another celebration of the release scheduled to be held in London on Saturday. Award-winning cultural journalist Maya Jaggi will join the conversation.
Last Update: Apr 21, 2015 12:17 am
RELATED TOPICS