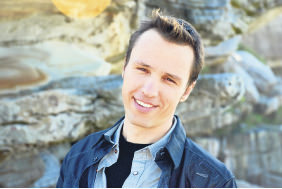 The novelist behind the title of the upcoming Tanpınar Literature Festival, Ahmet Hamdi Tanpınar, caught the world's attention when his 1961 novel "Saatleri Ayarlama Enstitüsü" (The Time Regulation Institute) was published as a Penguin Classic last year. Tanpınar also lent his name to Turkey's fourth museum-library, altered from an Ottoman-era pavilion next to Istanbul's Gülhane Park. But the prolific author has already been celebrated for the last seven years in an annual literary festival. A dynamic setting for international dialogue, the Istanbul Tanpınar Literature Festival (ITEF) will welcome 30 foreign authors from 26 countries next month. 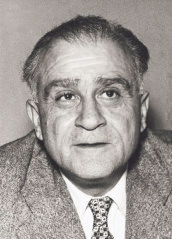 From May 4-8, the four-day festival will revolve around the theme "Şehir ve Sınırlar" (City and Frontiers), while covering interesting discussion topics during numerous talks and sub-events. Each year, the theme is decided by authors who participated in the previous year's festival. With its diverse international guests, the ITEF follows in the footsteps of Tanpınar who once successfully blended Turkish and Western cultures in his writings. Interested visitors will witness the life and literary world of authors from different cultural backgrounds and how they interpret literature based on their personal views.

The Atatürk Library, KargArt and Sismanoglio Megaro, and the cultural and educational center of the Consulate General of Greece in Istanbul will be the main venues where authors, editors, translators and publishing houses create a literary atmosphere, promoting the further development of literature both at home and abroad.

An interesting reading experience will be waiting for bookworms at the Atatürk Library, Turkey's first and only 24/7 public library situated in Taksim. When the clock strikes midnight, bibliophiles will be listening to selections taken from Tanpınar's books and poems. You might have missed the era of the modern Turkish author, but his words will soon reverberate on the walls of the historic hexagonal building. Along with regular workshops and panels, interactive projects will allow participants to fully immerse themselves in the depths of literature.

Among the invited guests, Armenian children's authors Armine Anda and Hovhannes Tekgyozyan attract Turkish readers with their latest book "Kaçan Şehir" (Escaping City), and are attending the festival in order to strengthen the cultural bridge between Turkey and Armenia, two countries between which lies political strain. Finnish author Mauri Kunnas, Norwegian Björn Sortland, Austrian Helga Bansch and award-winning Lebanese author Fatima Sharafeddine, will be the other guests engaging in children's literature. As part of the festival program, 10 children's authors will meet students in 10 districts of Istanbul.

Australian author Markus Zusak, known for his novels for young adults such as "The Book Thief," and "The Messenger," will be talking about his sources of inspiration and writing strategies. Laura Restrepo, the second most important name in Colombian literature after Gabriel Garcia Marquez, will attend the festival for the first time.

Along with Restrepo, German author Norbert Scheuer will participate in the Goethe Institute's "Author Readings." His 2009 novel "Überm Rauschen" (The Rushing of the Water) was shortlisted for the German Book Prize. The festival program also features Romanian novelist Mircea Cartarescu, the winner of this year's Leipzig Book Fair Prize. A former Nobel Prize nominee, Cartarescu will introduce his book "Orbitor" (Blinding), which was translated into Turkish by Ayrıntı Publications. The next Balkan author comes from Serbia. Goce Smilevski will talk about his novel "Sigmund Freud's Sister," which won the European Union Prize for Literature. Set in Vienna, the book tells a personal story of Adolfina, one of Sigmund Freud's sisters. Starting with optimism in the middle of the 19th century and ending with the Holocaust in the World War II, "Sigmund Freud's Sister" not only depicts the rise and fall of an era, but the relations within the Freud family. Smilevski's talk is obviously one of the most anticipated events.

The ITEF will not neglect enthusiasts of fantasy and sci-fi literature, and have organized a number of events at Kadıköy's KargArt. A special reading will be held for primary school students with visual impairment. Nazlı Eray, Tuna Kiremitçi, Yiğit Bener, Sema Kaygusuz, Tarık Tufan and Yekta Kopan are some of the festival's Turkish guest authors.

Additionally, the professional meetings fellowship program will bring together 30 local authors and 20 foreign literature professionals from 15 countries, including the advisor of PEN International. The program invited 63 international publications to Turkey since 2011.

Beyond this year's theme, the festival also marks the centenary of the Gallipoli campaign with English author Louis de Bernieres, who will discuss the reflections of the war on literature. Australian historian and author Jonathan King will share the Anzac soldiers' experiences while introducing his book "Gallipoli Diaries," accounting the 240 days of the eight-month campaign through extracts from letters and diaries written by hundreds of Anzacs.

As Turkey's first international literature festival, the ITEF is organized with the support of Garanti Bank, the Ministry of Culture and Tourism, Istanbul Metropolitan Municipality and the Yunus Emre Institute. Initiated in 2010 with the theme "City and Time," the festival has welcomed over 400 authors from 47 countries, and continues to be a fruitful platform for Turkish and international literature. All events are free and open to the public.
Last Update: Apr 22, 2015 11:25 pm
RELATED TOPICS