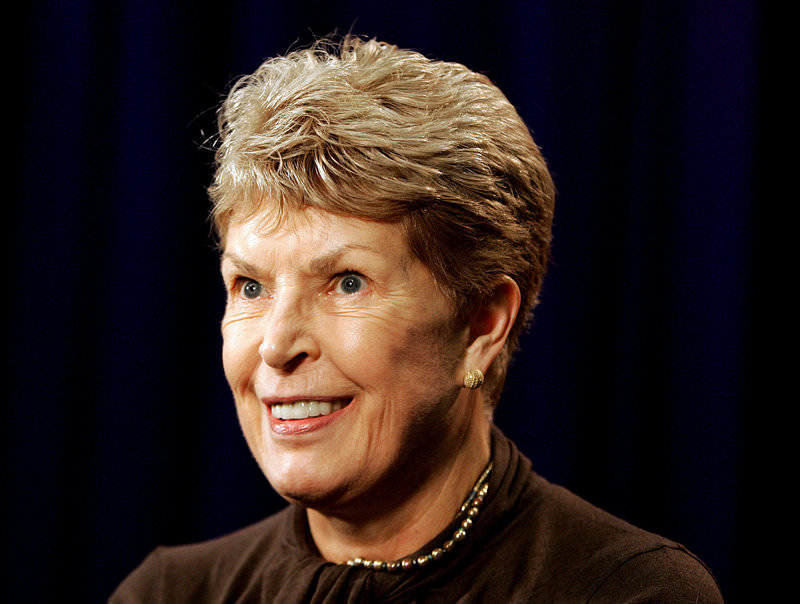 | Reuters Photo
by May 02, 2015 12:00 am
British crime writer Ruth Rendell, one of Britain's best-selling authors, died in hospital on Saturday at the age of 85, her publisher said.

She is best known as the creator of Detective Chief Inspector Wexford.

Rendell, the author of more than 60 best-selling novels, had suffered a severe stroke in January.

"We are devastated by the loss of one of our best loved authors, Ruth Rendell. Our thoughts are with her family," Penguin Random House UK said in a statement.

Rendell's first novel, "From Doon With Death", was published in 1964 and she since wrote several award-winning books, including "A Demon in My View" in 1976 and "Live Flesh" 10 years later. Last year, she published "The Girl Next Door".

Rendell's works, some written under the pen name Barbara Vine, have been published in some 30 countries and many have been adapted for television and film.

In 1997, she took the title Baroness Rendell of Babergh after being named to the upper house of parliament, the House of Lords, for the opposition Labour Party.

"Ruth Rendell was an outstanding and hugely popular figure in British literature and, for the last 18 years, served the Labour Party in the House of Lords with great loyalty and passion," Labour leader Ed Miliband said on Saturday.