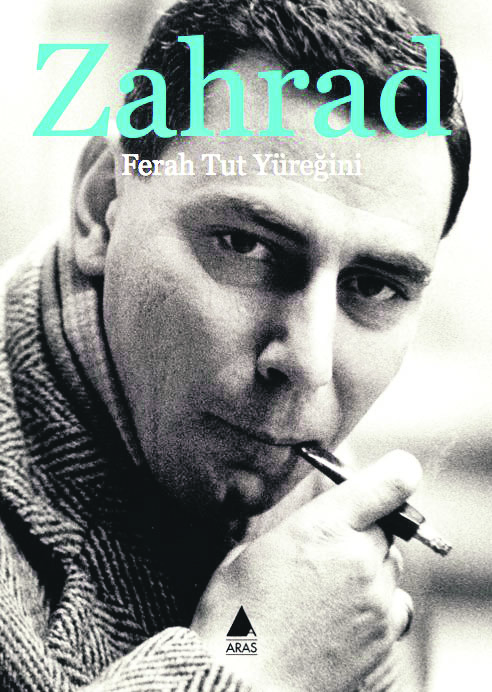 by Daily Sabah May 11, 2015 12:00 am
Aras Publishing House recently introduced poems by Istanbul-born Armenian poet Zareh Yaldizciyan, better known as Zahrad in Turkish, according to a statement by the publishing house. The new poetry book "Ferah Tut Yüreğini" (Keep your heart at ease) includes a selection of Zahrad's poems that have not been translated before. Known in Armenian literature for being particularly prolific, Zahrad published his earlier works in the 1940s and continued to produce until his death. For almost 60 years, he wrote hundreds of poems, some of which feature humor, while others are full of spirit and are masterly written. His poetry has been translated into 22 languages so far. For the fourth time, Ohannes Şaşkal translated his poems into Turkish. The poetry book was introduced to the Turkish reader with a launch event overseen by Zahrad's wife Anais Yaldızcıyan and Ohannes Şaşkal in Beyoğlu. The son of a man who worked as a translator, Zahrad attended both pharmacy and medicine faculties at the university, yet his passion in literature forced him to leave school. He died in Istanbul at the age of 82 in 2007. As his wife said in the book, Zahrad spent his whole life dedicated to poetry. "He took every breath for poetry. Poetry was the center of his 'self;' an untouchable and impenetrable shield." Zahrad's other Armenian poetry collections include "Kind Sky" (1971), "Green Soil" (1976), "Two Springs with One Stone" (1989), "A Sieve of Water" (1995) and "Water up the Fall" (2004).
Last Update: May 11, 2015 11:03 pm
RELATED TOPICS