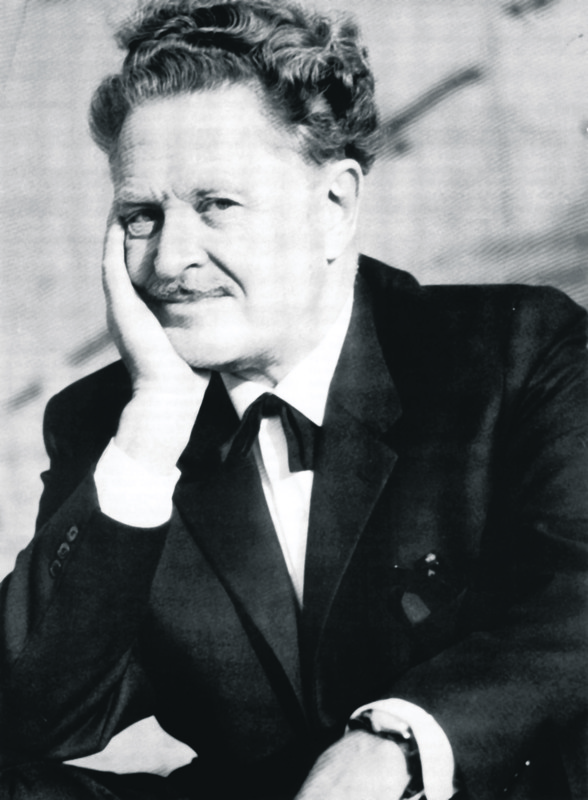 by Daily Sabah Jun 08, 2015 12:00 am
A popular community-derived event taking place in Los Angeles every year, the 6th Hollywood Fringe Festival will stage the life of Turkey's well-known socialist poet Nazım Hikmet with a particular focus on his relationship with Piraye, the love of his life. Written and directed by Fulya Diner, "Revolutionary Love" will be performed in English, featuring American actor Bryson Jones Allman as Nazım and Turkish actress and operatic singer Elif Savaş as Piraye, on June 13. The play is a production of the International Collective Theater. Revolutionary Love will manifest the struggle, solitude and immerse heart of a world famous poet. "Our aim is to lift the spirit of Nazım from the isolation of the prison cells in which he spent more than 15 years of his life and present him to the American audience afresh," said the theater team in a statement. Having been put behind bars for his political views and stripped of citizenship, Hikmet was able to survive with his love for his homeland, literature and more importantly Piraye. He wrote poems and letters reflecting his deep passion for her. Hikmet fled to Moscow in the 1950s and died in exile in 1963. The Turkish government restored his citizenship long after his death, in 2009. His work was translated into more than 50 languages. Last week on Wednesday, the acclaimed poet's 52nd death anniversary was commemorated in Turkey and at his grave in Moscow.

The Hollywood neighborhood will be surrounded with hundreds of productions by local and international art companies and independent performers from June 11-28. The open-access festival offers a special platform where artists can produce their individual works without a curative body. Festival Communications Director Stacy Jones Hill announced that over 1,400 performances of nearly 300 performing arts productions will be staged at dozens of venues such as theaters, parks, churches and even restaurants. The festival promises high quality productions with Tony and Emmy-winning directors and a jam-packed program including comedy, cabaret, dance and physical theaters, solo performances, ensemble theaters, musicals and operas. Fringe Previews which started last Thursday, will run until June 9.
Last Update: Jun 08, 2015 1:30 am
RELATED TOPICS