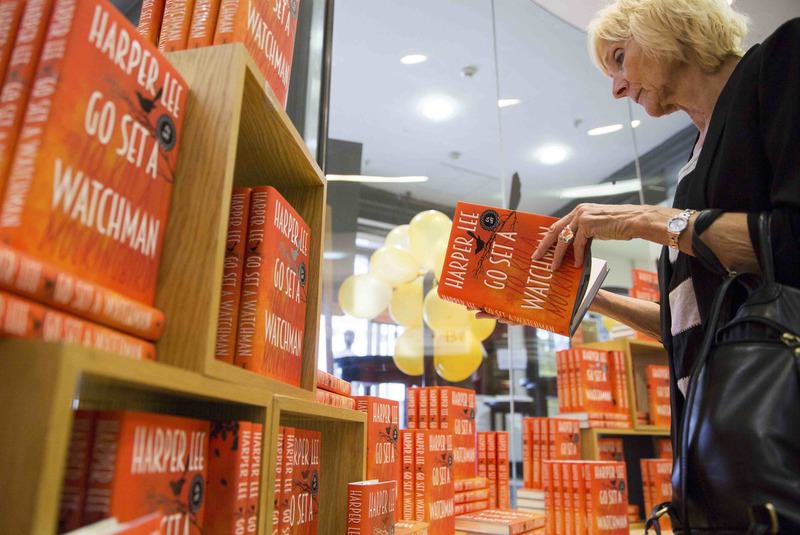 Bookshops in London and other cities began selling the novel at midnight, with some buyers reportedly queuing for up to six hours to be among the first to discover the fate of the earlier book's main characters, Scout and Atticus Finch, 20 years later.

Waterstones bookshop in London's Piccadilly said its first buyer began waiting for the novel at 6 pm on Monday.

Speed-reading champion Anne Jones told the Press Association she raced through the novel in less than 26 minutes at a bookshop in Corbridge, Northumberland.

Pre-orders had already made the novel the best-seller on Amazon.com for several months, and Go Set a Watchman and To Kill a Mockingbird remained first and second on Amazon's best-sellers list on Tuesday.

Publishers have printed some 2 million copies of the book in the United States and another 700,000 for Britain and other nations.

The German version of the book is due to be published by DVA on Friday, when 100,000 hard copies will hit the shelves at the same time as a digital version is made available for download.

"The suspense is enormous," DVA spokesman Markus Desaga said in Munich. "I expect that we will soon be on the bestseller list."

Desega said his publishing house was ready for a new print-run as soon as it was needed.

"By its sheer magnitude it is also a challenge logistically," Desaga said.

Harper Lee wrote Go Set a Watchman before her Pulitzer Prize-winning To Kill a Mockingbird, but it was apparently forgotten for decades.

A lawyer for the ailing Lee, 89, said she found the novel late last year attached to a manuscript of To Kill a Mockingbird, which won a Pulitzer Prize for its story of racism, justice and childhood in 1930s Alabama.

Shami Chakrabarti, the head of British human rights group Liberty, said she was inspired to become a lawyer after the "profound effect" of reading Lee's first novel in the 1980s.

The main character, Scout, is "a timeless heroine for every little girl with a head full of questions and an appetite for a good fight," Chakrabarti wrote in the Guardian ahead of Tuesday's publication of Go Set a Watchman.
Last Update: Jul 14, 2015 5:49 pm
RELATED TOPICS