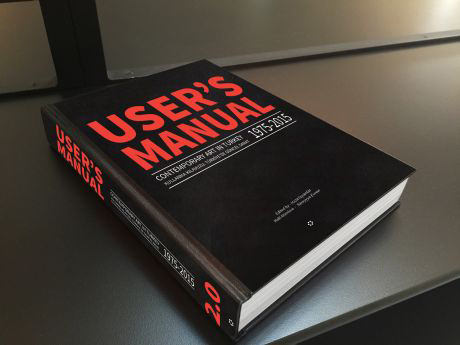 by Daily Sabah Aug 22, 2015 12:00 am
Edited by Halil Altındere and Süreyyya Evren, "User's Manual 2.0: Contemporary Art in Turkey 1975-2015" is a new influential reference source book covering 40 years of contemporary art in Turkey with various texts written by local and international figures including Ahu Antmen, Ali Akay, Carolyn Christov-Bakargiev Marcus Graf, Hou Hanru and Vasıf Kortun. Inspired by the line: "Everything in the world exists in order to end up as a book," by French poet Stephane Mallarme, "Becoming a Book" is an output of the ongoing collaboration between SALT and Robinson Crusoe 389, the two institutions sharing similar perspectives for the past and future.