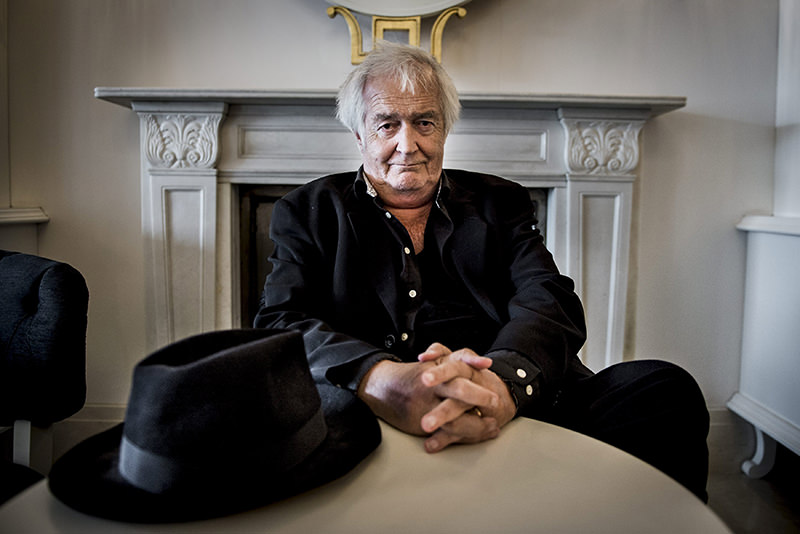 Swedish author Henning Mankell poses for photographs in Stockholm, Sweden, in this picture taken June 1, 2015 (Reuters Photo)
by Daily Sabah with Reuters
Oct 05, 2015 12:00 am
Swedish writer Henning Mankell, author of the Inspector Wallander novels, has died at the age of 67, his publisher said on Monday. The novelist had been suffering from cancer. "He passed away quietly last night in the wake of disease," publisher Leopard Forlag said on its website.

The Wallander novels have been adapted into two TV series, including one starring British actor Kenneth Branagh. Mankell, who also wrote screenplays and books for children, divided his life between Sweden and Mozambique. His books have been translated into more than 40 languages and sold more than 40 million copies, according to his publisher.

Mankell gained a reputation as one of the main representatives of the so-called Nordic noir genre, exploring the darker side of Sweden and providing a counterpoint to the country's image as a relatively crime-free society.

Henning Mankell is also known for his support of the Palestinian cause following Israeli attacks. He was on the MS Sofia, one of the boats that set off to help break the Israeli embargo on the Gaza Strip on May 31, 2010. After the Israeli Defense Forces boarded the flotilla using disproportionate force against civilians who hoped to help Palestinian people, Mankell was deported back to Sweden. He was supposed to be a passenger of the "Freedom Flotilla II" that planned to sail to Gaza in June 2011. However, the trip did not take place. Mankell, who was son-in-law to Swedish director Ingmar Bergman, had said in 2014 he had cancer.