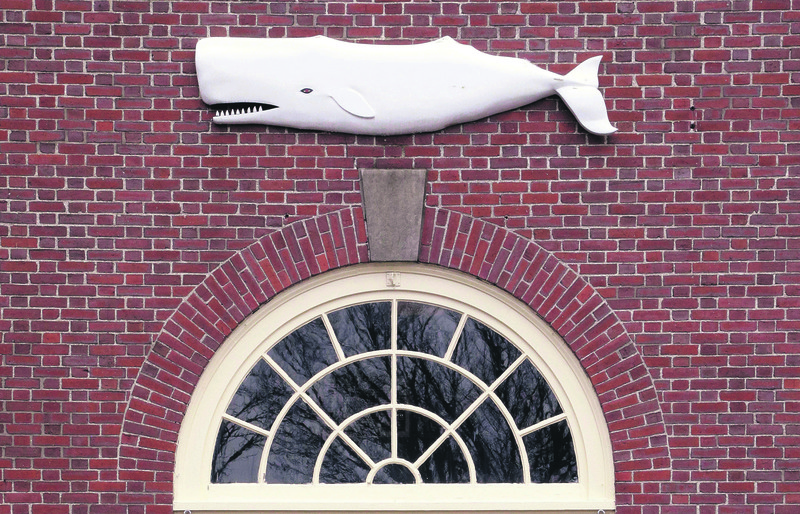 by Associated Press Jan 09, 2016 12:00 am
"Moby-Dick" fans from around the world are getting ready for their own grueling quest a marathon reading of Herman Melville's classic. The New Bedford Whaling Museum this weekend is holding its 20th annual nonstop reading of the seminal man vs. whale novel, with a few new twists to mark the anniversary. What started with just "a couple of die-hards and some grog," according to museum president and CEO James Russell, has grown into a four-day event that culminates in a cover-to-cover, 25-hour reading of the book aloud by about 150 volunteers. Hundreds attend the live event, and thousands more watch a live stream. The event has become so popular that this year's reading spots were snapped up within an hour.

"This is my favorite museum event of the year," Russell said. "It touches on so many dimensions: the literary experience, the physical works of art, the theatrical performance, the workshops and focus groups." The readers are teenagers and nonagenarians. They include Melville scholars and Melville descendants. They come from across the country and overseas. This year's celebrity reader, who traditionally kicks things off by reading what has been called the most famous opening line in literature, "Call me Ishmael," is award-winning author Nathaniel Philbrick.

Portions will be read in foreign languages including Spanish, French and Dutch. The reading starts at noon Saturday and moves through different galleries of the museum, even at one pointing sailing up the cobblestone street to the Seamen's Bethel the Whaleman's Chapel in the novel.

New for this year are a four-hour reading of a Portuguese adaptation of "Moby-Dick," and a two-hour children's version, read by kids ages 8 to 12. Philbrick, who wrote "In the Heart of the Sea," which won the National Book Award for nonfiction and was made into a movie of the same name, called it an honor to get things started. "It's written with such force and complexity and beautiful language," he said.

Philbrick confesses he didn't read "Moby-Dick" until he was "forced to" as a senior in high school, even though his father was a university English professor who specialized in American maritime literature. Now, he estimates he's read the book a dozen times. "Ishmael was the best friend I had not met and I was completely harpooned," he said. "It's become like my personal bible." Every year about 25 to 30 caffeine-fueled Melville aficionados manage to stay awake for the entire reading, Russell said.
RELATED TOPICS