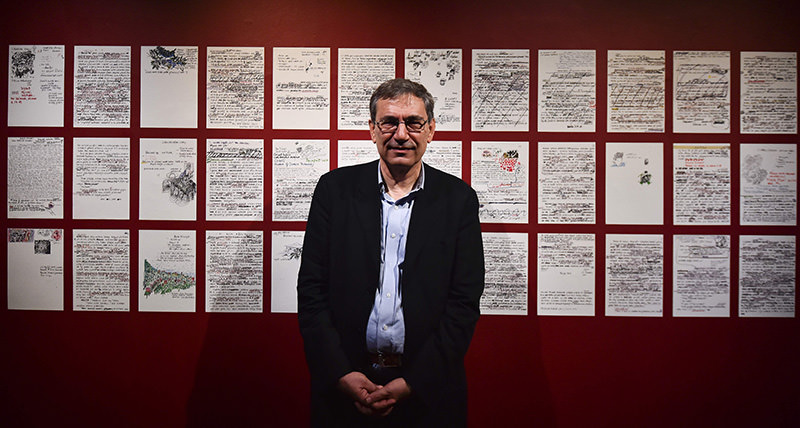 Orhan Pamuk poses with his work of art entitled 'Floating Objects' as part of his exhibition 'The Museum of Innocence' in London, on Jan 26, 2016 (AFP)
by French Press Agency - AFP Jan 26, 2016 12:00 am
Glass cabinets filled with mundane but poignant objects including cologne bottles, dentures and postcards form the centrepiece of a London exhibition presented by Turkish Nobel laureate Orhan Pamuk on Tuesday.

The unique collaboration between the 63-year-old author and the Somerset House gallery physically recreates his 2008 novel "The Museum of Innocence".

The novel tells the story of wealthy socialite Kemal Bey and his beautiful twice removed cousin Füsun through everyday items that take on emotional significance during their doomed romance. 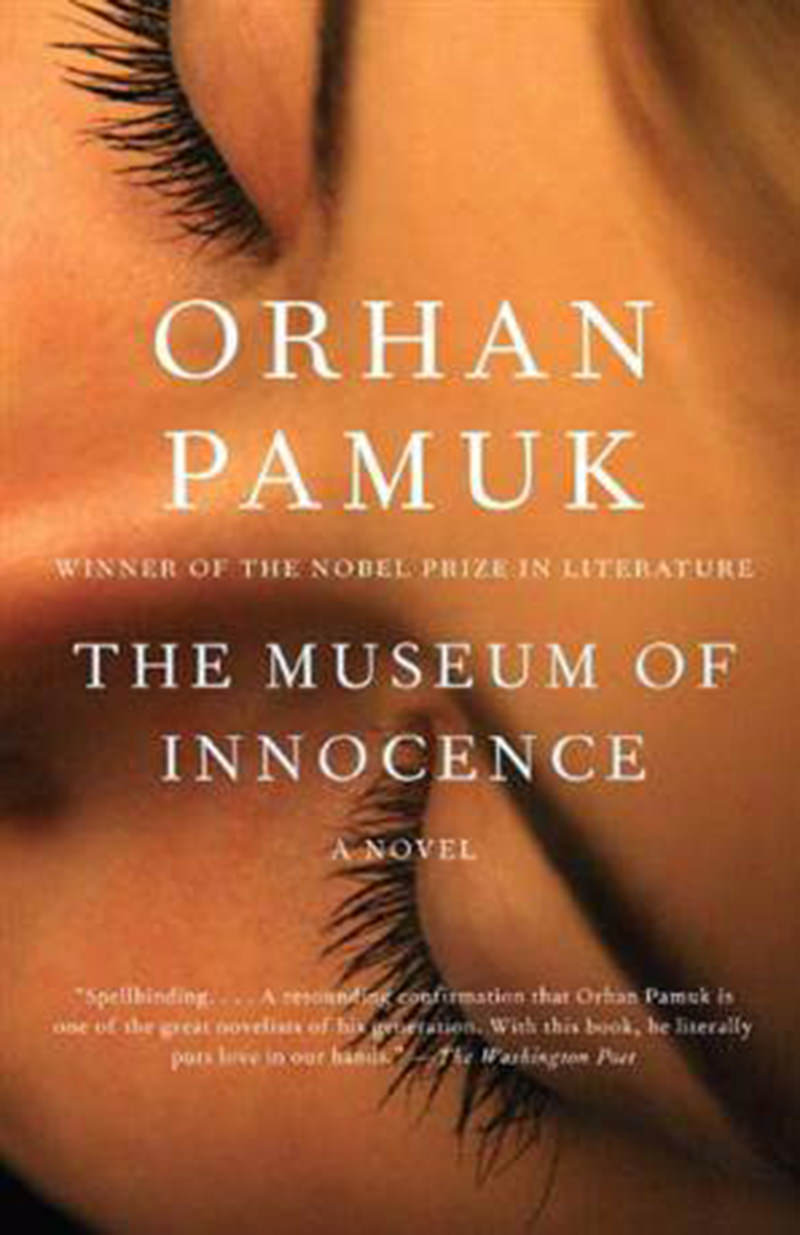 Pamuk's labour of love has already led to the creation of the Museum of Innocence in Istanbul, which opened in 2012.

"We are happy to be in a good gallery, the boxes come from Istanbul and are a selection of our work, the ones I like best, because they look nice," he told AFP.

"They are objects you would find on bed tables at the time. The novel is also autobiographical," he added.

The exhibition, which runs from Wednesday until April 3, comprises 13 of the 83 cabinets found in the Istanbul museum, which correspond to the book's 83 chapters.

"For example, box 74 is about the death of Kemal's father," explained the author.

The objects will be "contextualised" by excerpts from British filmmaker Grant Gee's documentary "Innocence of Memories", which premiered earlier this year at the Venice Film Festival and which debuts in London on Tuesday.

During the film, Pamuk revealed that he "conceived the novel and the museum simultaneously."

"The more objects I collected, the more I wrote," he said. "Each object Kemal collected represents a moment in their history.

However, he denied treading the same philosophical ground as French writer Marcel Proust, who explored the triggering of memory through a madeleine, a small French cake, in "Remembrance of Things Past".

"Proust has his madeleine, based on involuntary memories. My Kemal is not a Proustian because he deliberately wants to remember," he explained. "Kemal is a self-conscious Proustian."

Somerset House director Jonathan Reekie is in talks to take the exhibition, which takes up three rooms of the grand central London gallery, to several countries including Belgium, France and the United States.

Meanwhile, Pamuk has just completed a new novel "The Red-Haired Woman," which will be released in Istanbul on February 2. 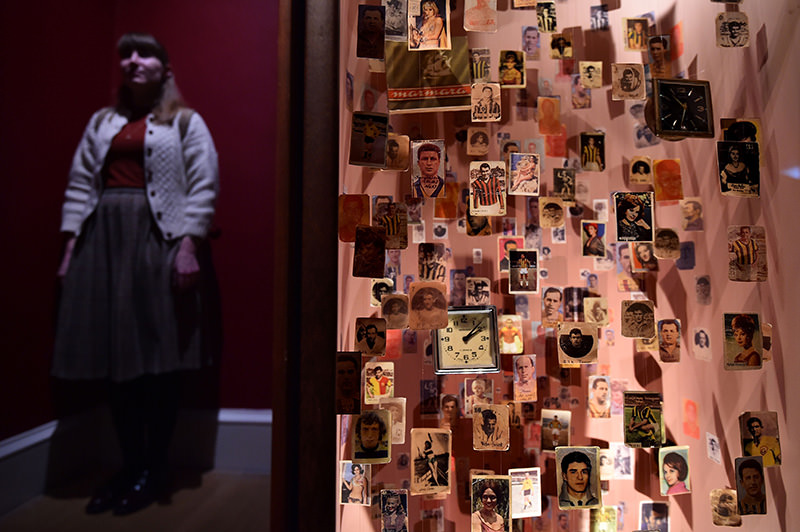