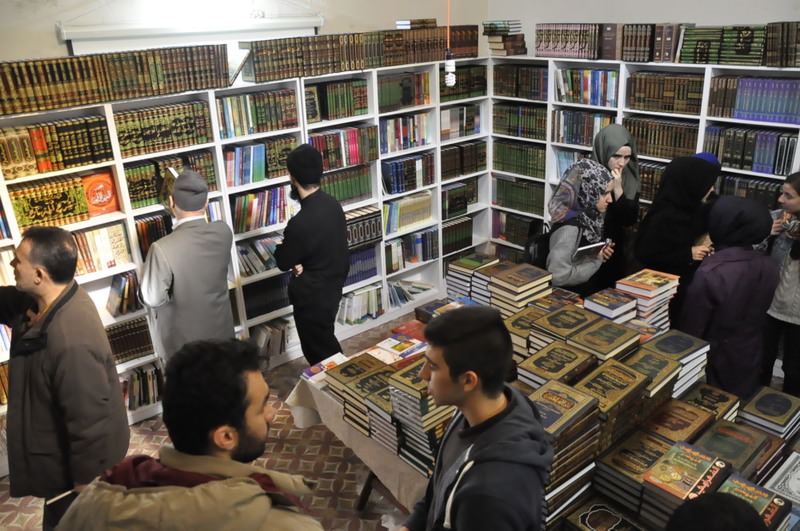 by Anadolu Agency Feb 18, 2016 12:00 am
Co-organized by the Writers Union of Turkey and Haşimi Publications, the Arabic Book Fair welcomes various important writers and artists who produce their works in Arabic. One of the guests of the book fair was Moroccan-origin academic and Sufi and Ibn Arabi expert Ali Gahandorur from the University of Münster in Germany. He spoke to Anadolu Agency and said that this was his first trip to Istanbul and was deeply affected by Istanbul's historical atmosphere. "Damascus and Baghdad used to considered the cultural capital cities of the Islamic World; however, the artistic and cultural Islamic circles have moved to Istanbul due to internal conflicts. Muslim intellectuals are now convening in Istanbul. This is a very exciting development," said Gahandorur.

Gahandorur said that the social conditions and atmosphere for the Muslim community in Germany is better than in other European countries and claimed that Muslims are integrated into the social life in Germany. "For instance, Islamic sciences are taught at universities. There have been really promising developments," he added.

The academic underscored that the refugee influx has shaken Europe and said that the refugees coming from Syria "worry Europeans." He continued, "In Germany, people approach refugees in two ways: They either want to help them or they want nothing to do with them. The common thought is that the number of refugees should be as few as possible. Europeans only want a certain number of refugees in their countries, enough that they can integrate into social life."

Gahandorur claimed that Muslims living in the Muslim regions can only stop what is going on by placing importance in thoughts and opinions. "War solves nothing. Europeans fought for 300 years but they found a solution in uniting together and only after that they created a society that gives importance to science and ideas," he said.

Gahandorur said that he closely follows the scientific and cultural developments occurring in Turkey and expressed his happiness in being a part of the fair. He also said that he plans to visit Turkey more often to keep up with the new developments.