France bewitched by 'Bojangles,' a book full of joy and tears 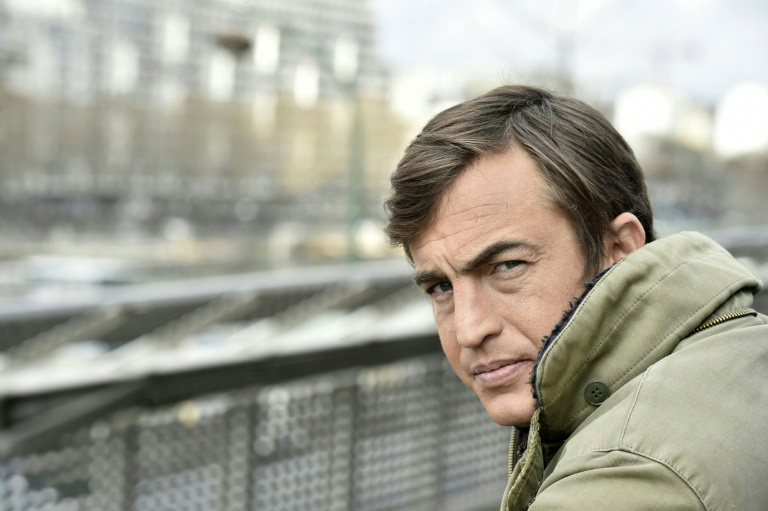 by Apr 12, 2016 12:00 am
It is the literary sensation of the year in France. A first novel by a dyslexic author that has had readers crying - and laughing out loud - on the Paris metro. Before he wrote "Waiting for Bojangles" (En attendant Bojangles) in seven weeks at his parents' home, 35-year-old Olivier Bourdeaut had "failed at just about everything else in my life", he told AFP.

"I wish I was joking," said the failed estate agent whose last job was a switchboard operator for an educational publishing company, "surrounded by all the books that tortured me as a child."

Like the boy narrator in his book, Bourdeaut was always getting his letters and numbers the wrong way round. But in the three months since his beautifully-written tale of a boy growing up in a bohemian home where unopened bills pile up like mountain ranges in the hall, he has won three of France's top literary awards and seen his book rise to the top of the bestseller lists. His story has charmed critics and the public alike, with Johanna Luyssen in Liberation daily comparing it to Muriel Barbery's massive international 2006 bestseller "The Elegance of the Hedgehog." Like that novel about a quietly erudite concierge, "it appears that good intentions can also make good books," Luyssen wrote. "For Bojangles, which you close crying your eyes out, is a lovely read." Jerome Garcin, the host of France's most-listened-to literary radio show, was even more evangelical. "Remember the name Olivier Bourdeaut," he wrote days after the book was published by Finitude, a small imprint in the southwestern city of Bordeaux. "He deserves all the success which will cascade upon him for this extravagant and moving fable."

From its opening lines - "My father told me that before I was born he was a fly hunter, and that he hunted them with a harpoon" - the book takes the reader on a fantastical journey with this highly unusual family and their pet Numidian crane, Mademoiselle Superfetatorie. Gallons of wine and champagne are quaffed and creels of lobsters flambed during frequent parties at the shambolic apartment, where the parents and their friends dance to Nina Simone's song "Mr Bojangles," whose gently melancholic rhythm suffuses the whole book. It does not take long to realize that this is also a great love story, which like all the very best ones, has a tragic ending. While many have assumed that like many first novels "Bojangles" is highly autobiographical, Bourdeaut insisted that nothing could be further from the truth. "Really, they have nothing to do with my family. The only crazy person in ours was me," he joked. Bourdeaut grew up in a middle-class Catholic family in Nantes in western France. His father was a notary, while his mother stayed at home to look after his four brothers and sisters.

While clearly a loving family, Bourdeaut was definitely the black sheep.

"I have failed a lot. This is my first real success at anything," he laughed. "I was terrible at school from the start. I was made to repeat years and was expelled, and left without any qualifications."

His working life was not much better. "I pretended to be an estate agent for 10 years, but I was a fiasco. Since then I have been doing odd jobs to support my writing." Having slaved for four years on "a book that was the opposite of this - very dark, violent and cynical" - he found himself back with his parents, who had retired to Spain.

"Paris had been cold and morose, but in Spain with my parents I found this warm refuge of love. Bojangles came out of that. It was written very quickly in seven weeks in that atmosphere - it was a really intense and joyful time." With the book now being translated into 13 languages, including English, the joy is about to spread.

"I just love it," reader Delphine de Sousa told AFP, clutching two copies she had just bought in a Paris bookshop to give to friends.

"One day I was reading it on the metro and I realized everyone was looking at me because I was laughing and then a few minutes later I was blubbing. They thought I was crazy until a woman who was getting off said to me, 'I was the same. I loved it too!'"
RELATED TOPICS