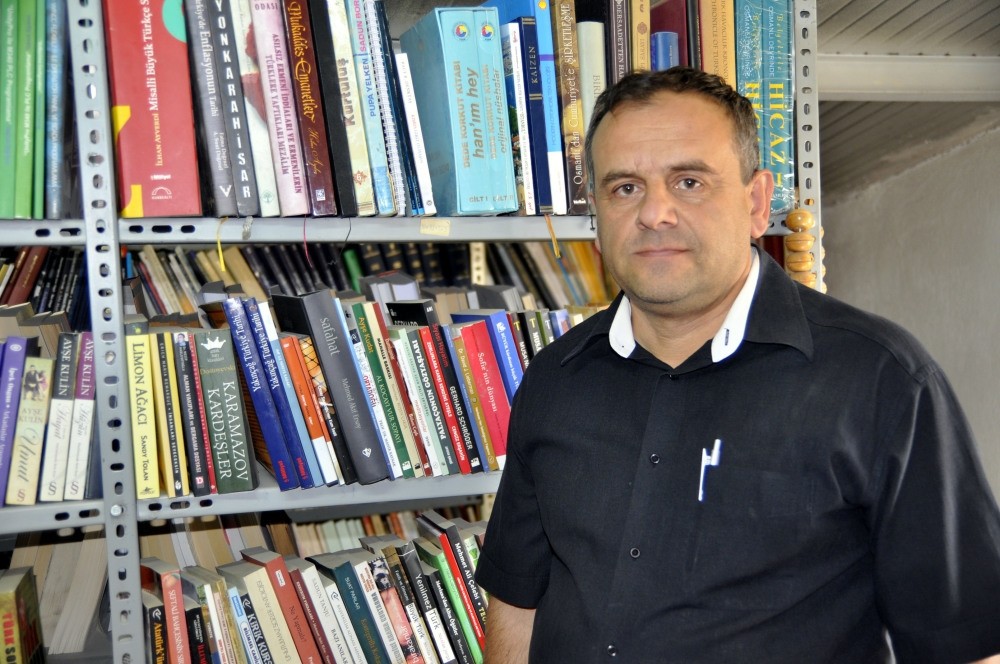 by Anadolu Agency Jul 14, 2016 12:00 am
İbrahim Sömer from Afyonkarahisar province has been collecting signed books for 30 years and has about 200 books signed by authors in his collection.

"My first signed book was Professor Dr. Hamza Eroğlu's Turkish Revolution History book. He had taken part in one of my classes and that's when I got it signed. Later on I started following book fairs at Atatürk Cultural Center in Taksim," Sömer said in an interview with the Anadolu Agency (AA).

"I try to purchase books according to my financial situation. The most valuable signed books for me are ones by the author 'Hababam Sınıfı,' Rıfat Ilgaz." Sömer, 48, is one of the owners of a company that produces electricity from solar energy, and said he has loved reading books since an early age thanks to the encouragement of his father, who is a teacher.

"Whenever my father would go out of town, he would always bring back gifts. These gifts would mostly be books. As I grew up, my interest shifted to thicker books, and so I began to gravitate towards my father's books," Sömer said.

The collector continued by saying that he had learned about signed books from his father as well: "I tried to read Sadun Boro's 'Pupa Yelken,' which I had found in my father's library, and it seemed like a thick book to me. Later on I realized that the book was actually signed and it was very valuable for my father. This was the reason for my father's reaction towards me. This is when the phenomenon of signed books started for me. During this time we didn't have many chances to get books signed in Afyonkarahisar. In 1986 when I got into university and came to Istanbul, I started getting my books signed. I can now get my books signed and meet authors at books fairs and signings."

Sömer explained that during his university education in Istanbul, he managed to increase the number of signed books in his possession. After university he went to the army and completed his military service in the Turkish Cyprus. "During the time I was in Cyprus, I had to chance to meet former Cypriot President Rauf Denktaş. I got the chance to get three of his books signed. These books are also among the most valuable books for me in my collection," Sömer said happily.
RELATED TOPICS