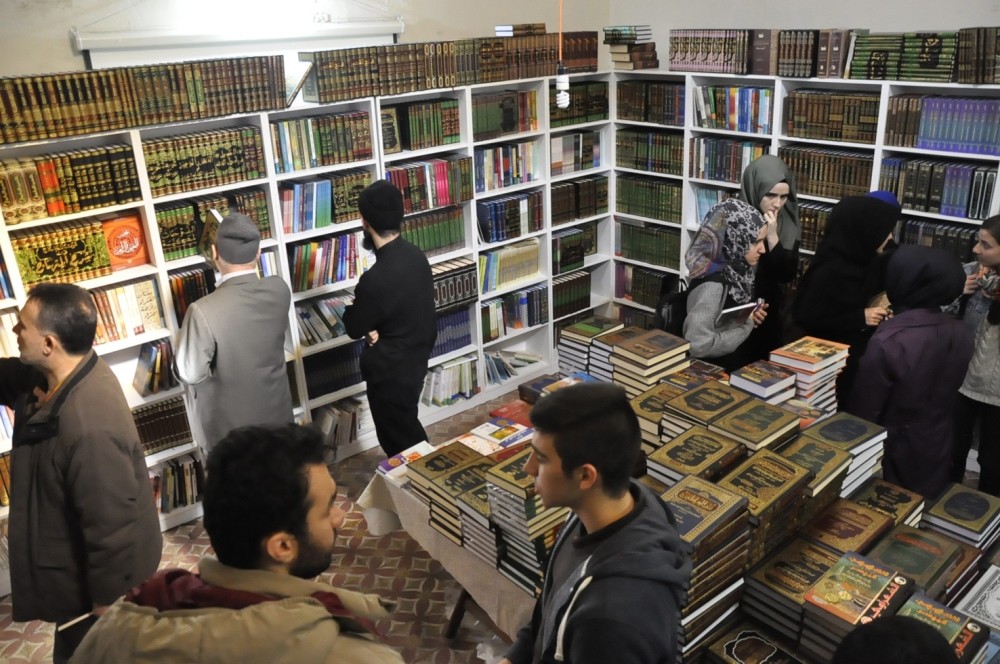 by Anadolu Agency Jul 27, 2016 12:00 am
The first Istanbul Arabic Book Fair, organized by Gulf Turk Fair Services, has opened its doors at the Istanbul Fair Center. Speaking at the opening ceremony, Deputy Governor of Istanbul Hasan Öztürk stressed the value of this kind of organization as it brings Muslims together within the frame of Islamic brotherhood. Gulf Turk Media General Manager and fair organizer Mustafa al-Habbab said the fair stands for many firsts for publications in Arabic and their presentation in Turkey. Claiming that the fair will be a hub for thoughts, history and culture, Habbab informed that more than 30 Arab scholars will participate panel sessions and meet with their readers.

Justice and Development Party (AK Party) spokesman, writer and scholar Yasin Aktay underscored the importance of reading and said, "Although Turkey is not the richest country in the world, it is the country that sends the most humanitarian aid to countries in need. The same applies for Turkey in the fields of art and culture as well. Istanbul was always considered the cultural capital of the Islamic world and I am glad to see that the city has re-assumed its identity."

Stating that Istanbul has an important place in Islamic civilization and Islamic sciences, Aktay said, "As you all know, Istanbul experienced a failed coup attempt. This attack not only targeted Turkey but also the Islamic world. The heroic Turkish nation stood against this attempt with President Recep Tayyip Erdoğan. A great evil has been defeated. However, many young people were martyred by the bullets of the junta."

Throughout the fair, the stalls erected by various institutions will promote Turkey and Istanbul as well as entertainment for children. The fair, which will host autograph sessions, calligraphy, marbling exhibitions and more than 200 publishing houses from 15 different Arab countries, will end on July 31.
RELATED TOPICS