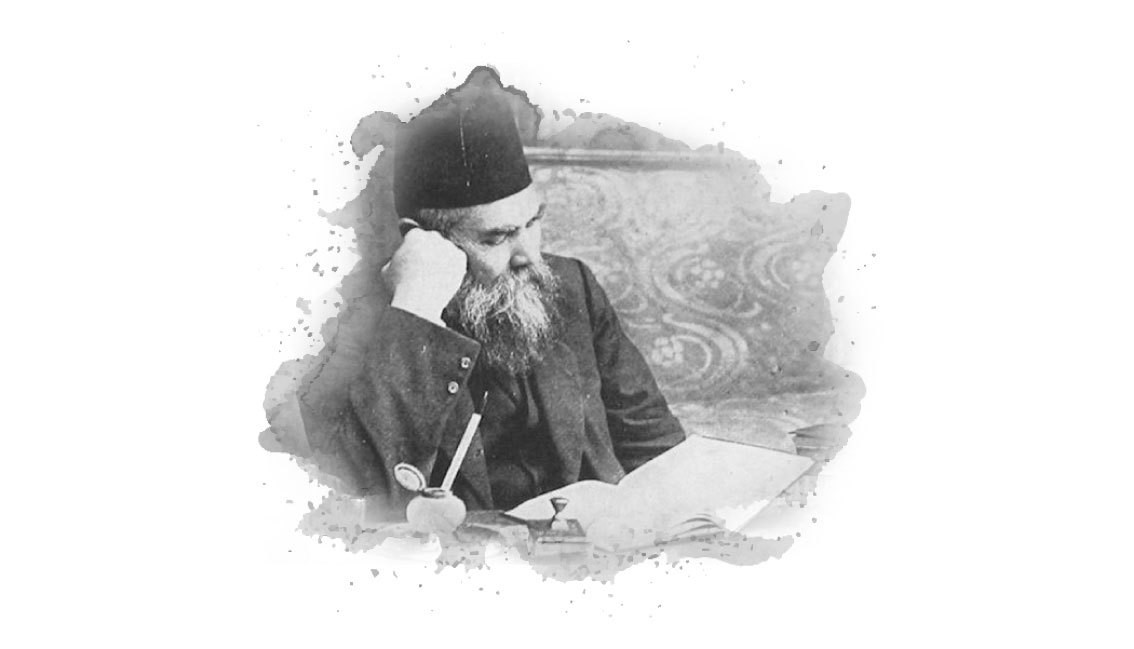 Ahmet Midhat Efendi's 1875 novel 'Felatun Bey and Rakım Efendi,' one of the most innovative texts in Turkish literature, is now available for English readers in a translation by Melih Levi and Monica M. Ringer

When a Turkish literary scholar announced in the 1980s that he was the "socialist Ahmet Midhat Efendi," many intellectuals voiced their surprise at this left-wing writer's unabashed sympathy for a traditionalist novelist of the late nineteenth century. One of the most productive writers of Ottoman literature, Midhat Efendi single-handedly set the fundamentals of Turkish journalism and the Turkish novel. He was also one of Sultan Abdülhamid II's favorite writers and for a long time, Ahmet Midhat Efendi's perceived conservatism made him an unattractive figure to Western publishers, until this year when a U.S. publisher, Syracuse University Press, published "Felatun Bey and Rakım Efendi: An Ottoman Novel." 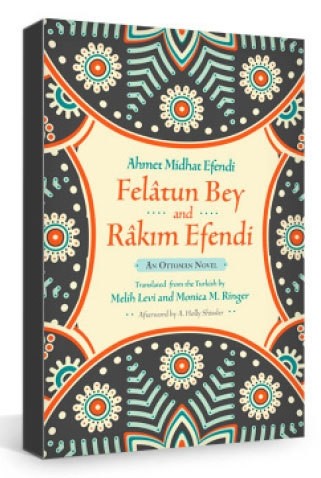 Translated by Melih Levi and Monica M. Ringer, this slim, 166-page book has a beautiful design. Its back cover features blurbs from some of the leading names in Turkish academia, including Istanbul Bilgi University's Jale Parla, who writes, "Ahmet Midhat was the initiator and popularizer of the novel in Turkey. Felatun Bey and Rakım Efendi illustrates the author's reformist zeal as the guardian of traditional morals and manners at a time of cultural and epistemological transition." Nüket Esen from Istanbul's prestigious Boğaziçi University describes how "Midhat dominated the literary scene in Istanbul towards the end of the nineteenth century. This is his most symptomatic novel about people caught between two cultures of the East and the West."

First published in 1875, Midhat's novel, available for the first time in English, is surprisingly fresh, experimental and even a tad bit post-modernist. Unlike moralist and purportedly progressive texts of the same era that support a specific political cause, Midhat's narrative is thoroughly and consistently irreverent - it is the kind of novel Czech author Milan Kundera would surely like because of its imperfections, unwavering innovations and hilarious blend of different types of writing. 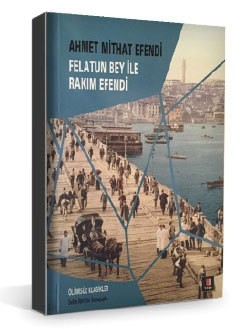 "Felatun Bey and Rakım Efendi" features two characters famous for the things they have been associated with: Felatun Bey is the shallow Westernized Turk who doesn't really know Turkish or French yet devotes his life to appearing like a Westerner living in Istanbul. No one takes him seriously. The son of a well-intentioned state official, he symbolizes all the things the Young Ottoman movement found problematic with the Tanzimat - a certain ignorance of and alienation from his own culture and a shallow adoration of the culture of modernity which he fails to grasp.

Rakım Efendi, meanwhile, is presented as a mature figure, fluent in Turkish as well as foreign languages, he leaves his position at the Sublime Porte to begin a career as a freelancer. Aware of his linguistic skills, his gift of translation and teaching, Rakım Efendi is both a localist and an entrepreneur. Felatun Bey, meanwhile, is portrayed as a man who lives off the state as a career bureaucrat.

In her informative and illuminating afterword to this edition, Holly Shissler writes about the significance of "Felatun Bey and Rakım Efendi"'s characters. Ahmet Midhat did not invent the alafranga, dandy-type of Turkish literature, she notes, "but his drawing of it in 'Felatun Bey and Rakım Efendi' is so vivid that it has served as its quintessential expression in Turkish letters until today. In this sense, it might be compared with Turgenev's 'Diary of a Superfluous Man.' Turgenev did not invent the type of the 'Superfluous Man' that was typically seen as symptomatic as pervasiveness and representing much deeper social problems. But his work embodied this type so successfully that the 'Superfluous Man' became a byword for this character type and the social ills associated with it."

The Syracuse University Press edition of the novel features interesting material: the image of the front page from the Ottoman publication of the novel, published in 1875 by Mehmet Cevdet, with a "Reader's Map" of Istanbul by Rana Irmak Aksoy that shows the locations where Rakim Efendi took boat trips with Josephine and the Ziklas family, whose daughters were educated at home by Ottoman gentleman. Another map in the book shows Felatun Bey's home, Rakım's household, Josephine's house and the Ziklas household.

"Felatun Bey and Rakım Efendi's chatty style is fun to read today: "Have you heard of Felatun Bey?" the first sentence reads."You know who I'm talking about: old Mustafa Meraki Efendi's son! Doesn't it ring a bell? Well now, he's a lad worth meeting." In these pages, Ahmet Midhat's style seems raw and unpolished: these are the qualities that make the novel so precious. "Mustafa Meraki Efendi lives in a district near Beyoğlu, in Istanbul's Tophane neighborhood," the narrator tells us. "There is no need to provide the name of this district. You know the neighborhood, right? Well, that's all you need to know."

Along with his numerous literary and journalistic successes, Ahmet Mitdhat was also famous for helping young authors with their writings. His most famous pupil was Fatma Aliye, the Turkish novelist whose image appears on the back of the 50 lira banknotes. A translator of French novels and the author of numerous books, Fatma Aliye's intellectual interests fascinated Ahmet Midhat so much that he declared her as his honorary daughter. Midhat also wrote a biography of Fatma Aliye: one of the first literary biographies in Turkish literature.

"I don't necessarily see Ahmet Midhat in relation to Fatma Aliye," Haliloğlu, the literature professor, said. "To me his writing seems more irreverent but maybe it's because his artifice is more complex."
RELATED TOPICS