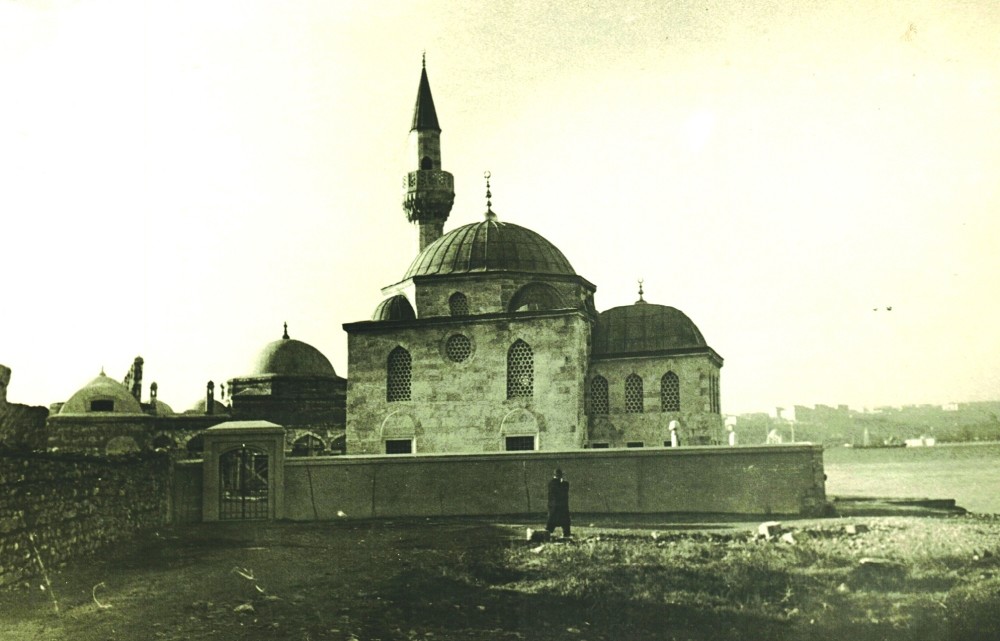 Brought together using photos and writings prepared by İbrahim Hakkı Konyalı between 1940 and 1941, the book covers the mosques, masjids, tombs, libraries, madrasas and schools built by Mimar Sinan (Architect Sinan) in Istanbul.

Featuring the mosques and Turkish baths, which were later destroyed, the book covers the fate of precious ceramics, the dilapidation of the tombs, the genius of Mimar Sinan and plenty of relevant information from Konyalı's narration, bringing light on lost historical sites in Istanbul. 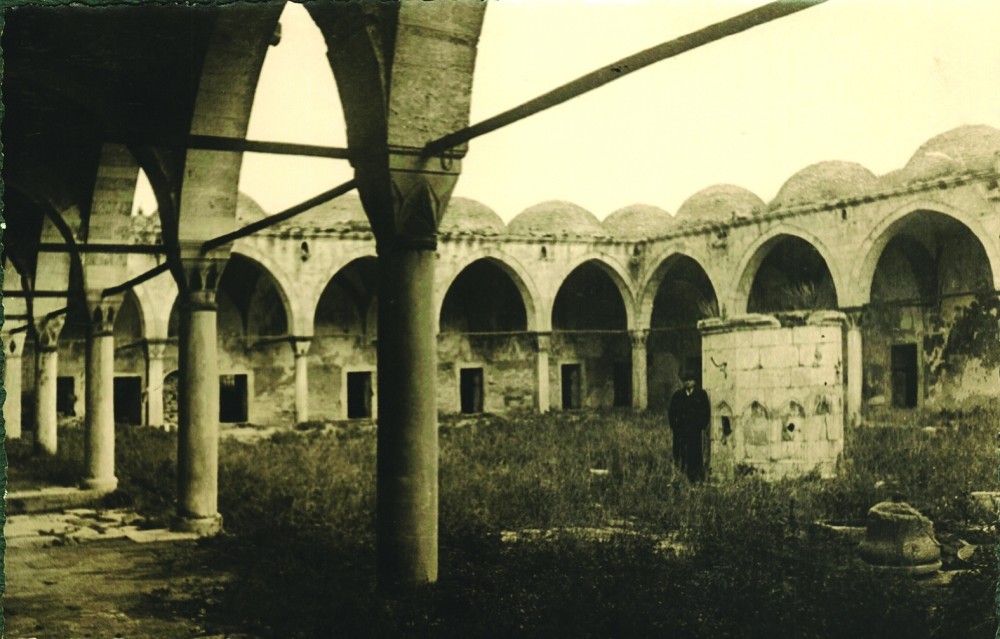 On the order from Istanbul Mayor Abdul Kadir Topbaş and following archival research relating to lost and damaged historical artifacts, the works are being revived and repaired in accordance with their originals.

On the track of the lost works

While carrying out research for Istanbul-related visual and written materials for the book from references, Culture Inc. unearthed a lost artifact from reporter Faik Şenol's archive.

The one with the fedora in the photos

Even though photos in the albums had typed notes, the officials from Culture Inc. were unable to identify the people and times to which most albums belonged, since the labels were scratched, and this directed their attention towards the person who appeared in most of the pictures. This person wore a topcoat and fedora and would sometimes take notes on a paper in his hand, sometimes painting artwork and sometimes standing in the distance. They were able to identify him as İbrahim Hakkı Konyalı, who caused much of Mimar Sinan's works to be noticed, restored and promoted.

Texts accompanying the photos were found in Atatürk Library

Following an interview with Prof. Dr. Erdem Yücel, a former director for the Hagia Sophia museum, officials learnt that İbrahim Hakkı Konyalı had prepared this project, but these documents were lost. They worked to revive the project partially done by Konyalı years ago. 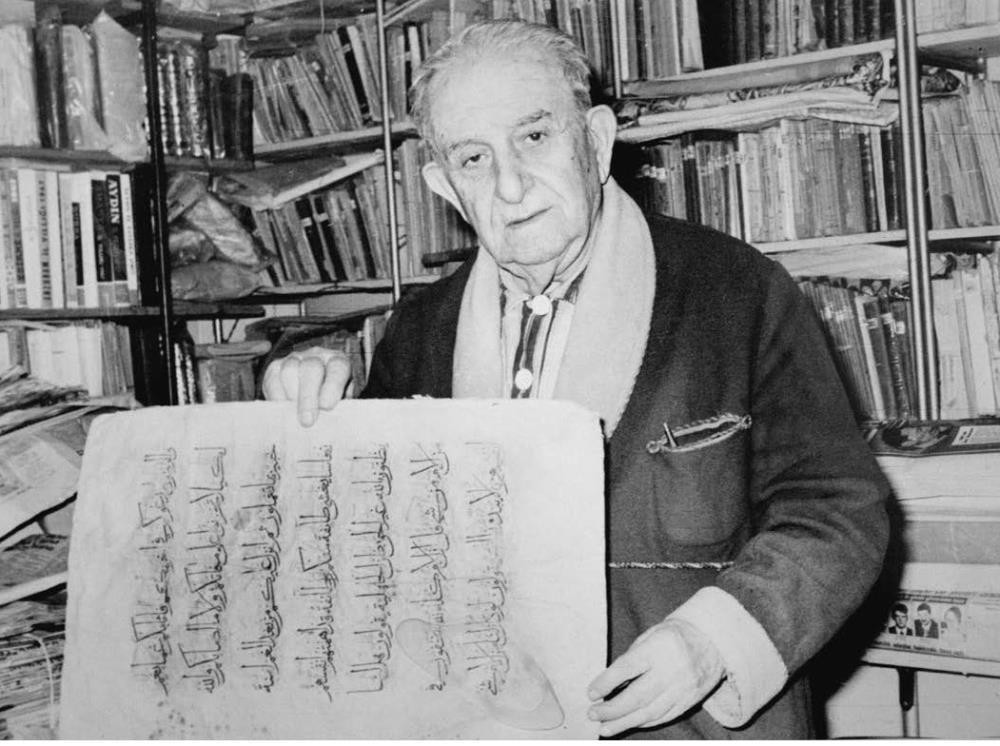 Even though photos in the albums had typed notes, the officials from Culture Inc. were unable to identify the people and times to which most albums belonged, since the labels were scratched, and this directed their attention towards the person who appeared in most of the pictures. This person wore a topcoat and fedora and would sometimes take notes on a paper in his hand, sometimes painting artwork and sometimes standing in the distance. They were able to identify him as İbrahim Hakkı Konyalı, who caused much of Mimar Sinan's works to be noticed, restored and promoted.

Here are some of Mimar Sinan's works described in the book:

"This mosque is found on the left when exiting Istanbul by the Edirnekapı gate, just after passing the tomb of Kemal Paşazade. This precious work by Sinan was in the process of being demolished while I was drawing the mosque on March 15, 1941. The last Imam there, Hafız Mehmed Emin, passed away on April 13, 1939. His son and the mosque's trustee Hafız Ahmed Efendi watched the demolition. The mosque was made from stone. The minaret in line with the tomb of Kemal Paşa was solid, and the mosque was covered with wood. When the Ramadan cannon was fired in front of Metris Barracks during WW I, the cannon blew up because of excessive gunpowder. The cannon shrapnel damaged the mosque's roof and later led to its destruction. The mosque could not be rebuilt, and it was finally sold to Kadri the Wrecker and demolished. I saw with my own eyes that the precious tombstones of many Turkish nobles and scholars on the northern side were broken during the demolition. Unfortunately, I could not prevent this demolition."

"This Turkish bath was designed by Mimar Sinan, a Turkish bath with a central platform for massage surrounded by four closed private rooms and three open baths. The Merkez Efendi Turkish Bath was part of the Merkez Efendi Mosque complex and like other Turkish baths, it was privatized and sold to Şevket from Kayseri two years ago for TL 1300. I witnessed the process of demolition while I was drawing. In a story I wrote for a newspaper, I complained that this Turkish bath belonged to Sinan, and I managed to stop the demolition. There are ten basins in the bath. There is a really nice round fountain in the locker room as well."

This mosque was built by Mimar Sinan in Eyüp on behalf of Zal Mahmud Pasha between 1551 to 1566. Significant among the architectural masterpieces built by Sinan, this precious structure was a social complex including a tomb, a fountain and double madrasas. Since the mosque was built on a slight slope, its left side overlooks the sea. Sinan designed this mosque on a very special plan. 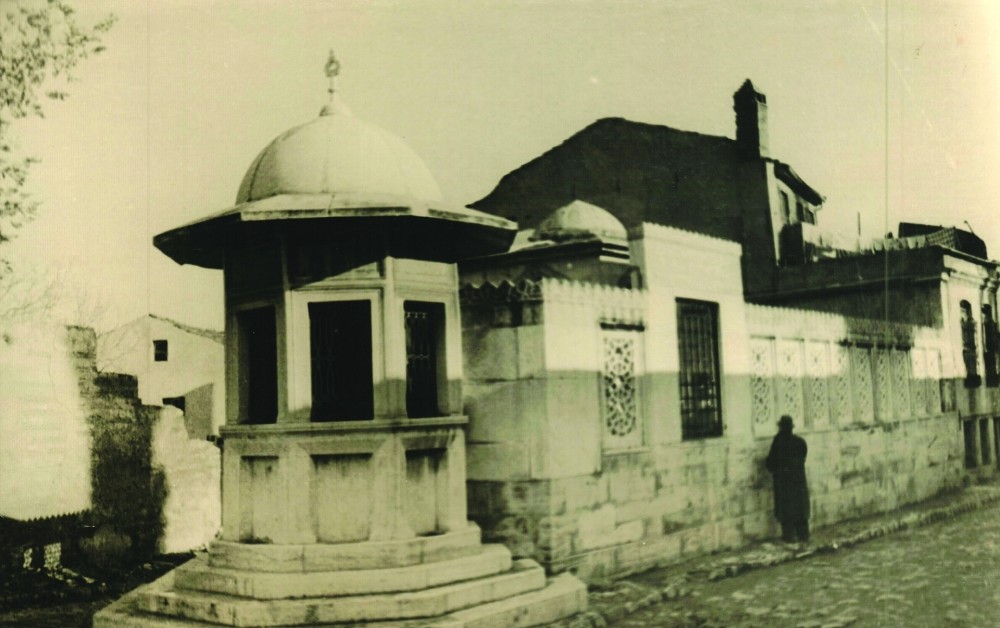 The mosque's noble main artwork, as precious as diamonds, is its marble minbar, which bears witness to Sinan's complete genius and the most delicate characteristics of that era. Turkish hands engraved rings and rounds on the marble, that even a spider cannot produce such a net, despite their soft and silk-like saliva. The mosque, with a high artistic and architectural value, remained closed and abandoned for 25 years. It was damaged by military siege, and was used for military supply storage during WW I. The General Directorate of Foundations began restoring the mosque three years ago. The directorate's skilled architects looked for the paints and patterns belonging to Sinan's period under later plaster, which used bad colors, and found and reapplied them. I was told that the colorful plaster frames of the mosque would be restored as well, and an allocation of TL 8,000 was granted for the restoration of the mosque. It has been recently occupied once more and turned into a hayloft. The mosque has gone through many restorations."

İbrahim Hakkı Konyalı was born in a house near the Akıncılar Gate of Alâeddin Mansion in Konya in 1896, thus his surname was given as Konyalı (of Konya), rather than his family name "Atis." Konyalı was the son of Nalbandzâde Mustafa Efendi and Hatice Hanım, who was the daughter of Atâzade İbrahim Ağa. His father studied and got his degree at the Takva Hoca Madrasa. Konyalı claimed descent from Anatolian Seljuks. Having written many precious works throughout his life, Konyalı had a curious and inquisitive personality. He wrote for many magazines and newspapers, apart from his books. He used different pennames in his writings including Amber Reisoğlu, Ayhan Atis, Ayhan Nalbantoğlu, Nalbantzade İbrahim Hakkı, İbrahim Atis, Derviş Karamanoğlu, Hakkı Arayan, İbrahim Cimcoz, İbrahim Hakkı, İ. Atis, Ömer Ataoğlu, Mediha Atis and Vak'anüvis, as well as writing works under his name. After living his life to the fullest, Konyalı passed away in Konya's Akşehir district on Aug. 20, 1984, leaving many works behind.