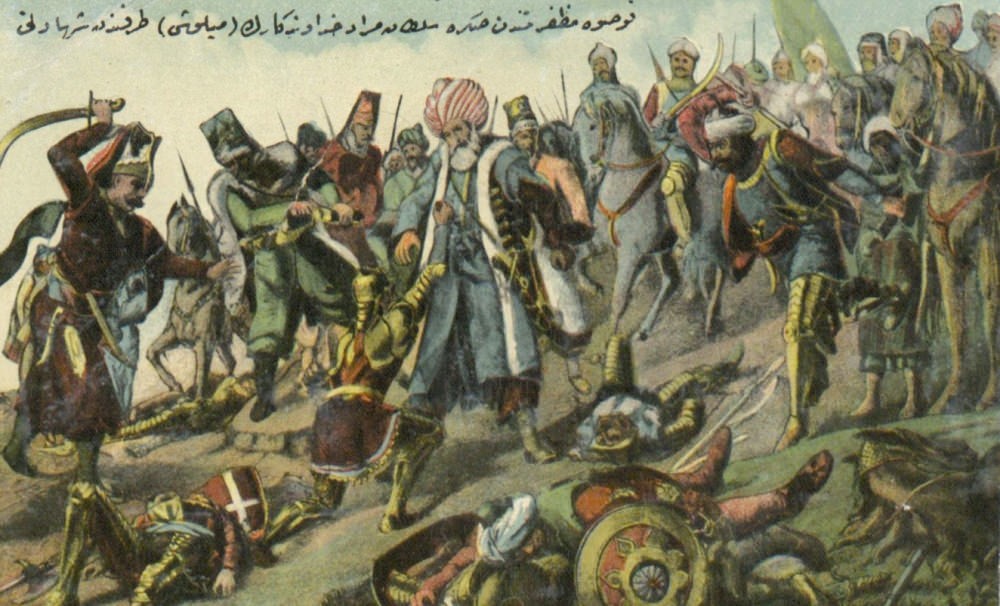 In the long history of Istanbul occupied by various empires throughout history, divane (mad) people have an important place in urban myth along with their deranged behavior sometimes regarded as magical and sacred

Istanbul Metropolitan Municipality (İBB) Culture Inc. has collected the essentials of society's mosaics in one book. Some of us are sometimes placed somewhere between being a saint and insane; seen as the spiritual protectors by some, or the mascots by others in the districts they lived in; sometimes frightened to be interacted with; respected most of the time, and told in stories and sagas from generation to generation.

Some 100 figures were described by various adjectives such as mad, deranged, jokers and crazy, and some thought their minds were veiled and were caught up in a divine affinity. They have all come together for readers in the 77th book of Istanbul's 100s series. Published under the title "Istanbul'un 100 Divânesi" (Istanbul's 100 Mad People), the book was written by Associate Professor Nurullah Koltaş from Trakya University, Faculty of Divinity. While preparing the book, Koltaş was inspired by Evliya Çelebi and mined a great deal of important information using memoirs and tabaqats. It is possible to trace these mad people from the 1400s until the 1900s.

The book stresses that the mad people, tortured in different ways, since they were thought to be possessed by evil spirits in some communities, are seen as a means of fortune in our culture.

Suggesting that the mad people and the deranged were seen as the spiritual protectors by some, or the mascots by others in the districts they lived in, the book also indicates that interfering with them was also thought as an unpleasant situation. Rumor has it that while children were told not to get in touch with them through hesitation mixed with respect, adults tried to fulfill their demands within the bounds of possibility, and termed the "wisdom" from the insane as the "the words of mad men." Those wondering "who is a saint" and "who is insane" was a secret, and always proceeded with caution while interacting with them.

A salient and deranged officer serving in the army during the conquest of Constantinople, this person became a great source of spiritual enthusiasm. While Mehmet the Conqueror is rumored to have asked for his help, he is also thought to be one of the 77 God-friendly grand sultans.

During the most eventful periods of the conquest of Constantinople, Cebe Ali and some 300 dervishes laid down their posts against the sea in front of the shipyard's garden and started performing dhikir. Seeing the infantries and sheikhs amid the sound of drums and tambourines from over the castle, frightened Byzantine soldiers to death. Cebe Ali and his companions later joined the siege through the Cibali Gate. In memory of this siege, the place is called Cibâlikapısı (Cibali Gate).

Buried in the district bearing his name in Bakırköy, Zuhurt Baba was one of the most colorful figures of the conquest of Constantinople. A shortage of water emerged after the Byzantines poisoned the water supplies used by the Ottoman soldiers. Then, a white-bearded old hero appeared with a water skin on his back and quenched the soldiers' thirst. It was later learned that Zuhurat Baba was among the martyrs of the battle.

Having settled in Rumelihisarı, Durmuş Dede was frequently visited by sailors. Before setting sail, sailors placed great importance on his words and asked him which direction would be more beneficial and fruitful. Therefore, those who were about to sail or went back from a cruise paid a visit to Durmuş Dede and entrusted him with a horse.

Residing in Saraçhanebaşı in the 16th century, Aşûm Dede always had a silent personality. It was his custom to pick up the stones that rolled down the street, cleaning the roads just like an environmentalist. Even though his madness sometimes brought raggedness to mind, there are many examples of Aşûm Dede that disconfirm this perspective. While some took the duty of providing the spiritually that protected the district they dwelled in, others came to the fore with their daintiness and turned the place they lived in into a rose garden.

Having lived in the 16th century, Taşçı Delisi is known to have placed a few stones on the Mezarcilar Monastery's wall, put about 40 nails weighing a total of 50-60 grams into his mattress and entered into the hole after sunset. He slept on the nails while half of his body hung out of the hole. He is rumored to have slept in this hole for over 40 years.

Having dwelled in Unkapı, Sefer Dede went into Ekmekçi Dede Ali Efendi's bakery, which was going up in flames, and found peace in there. As if nothing had happened, he left the bakery, said his goodbyes to over 100 people and disappeared after diving into the sea from Unkapı's shore. Seven years later, Kara Hoca and Ali Peçenoğlu's galleons came back to Istanbul accompanied by Sefer Dede. Kara Hoca, Ali Peçenzade and their companions told the Istanbulites that Sefer Dede approached their ship sitting on an alligator off the Gibraltar Strait in the ocean seven years ago, and they took him aboard.

Rumor has it that Yuh Baba chanted "Boo!" (Yuh) at the caskets that were to be buried. That's why people started calling him Yuh Baba (Father Boo). After his passing, while his casket was carried, one of Yuh Baba's neighbors, who previously did not like him calling "Boo" at the caskets, also shouted "Boo" after him. Then Yuh Baba suddenly sat up from his coffin and said: "If I lived in this world ignorant of the Creator, then boo to me too!" and laid back in his coffin.

Kagıd Delisi was busy placing the papers that he found on the road into the holes in the wall while he was going back and forth between Laleli and Beyazıt. It is said that he did not speak a word for over 60 years.

A raggedy man with a huge beard covering his face and bangs falling onto his forehead, Ata Efendi lived in Beylerbeyi during Sultan Abdülhamid II's reign. Ata Efendi used to take off at the beginning of four seasons with a mat conical hat on his head and gabardine on his back. Possibly due to the heat of his enthusiasm, he swam in the freezing cold water during winter.

One of the mad men of the 20th century, Ferit Efendi gave people the shivers with his voice. He walked around with just a gabardine, or dress. When those who liked him wanted to give him something, he tried to find someone to give away his gift to instead of keeping it for himself.
RELATED TOPICS