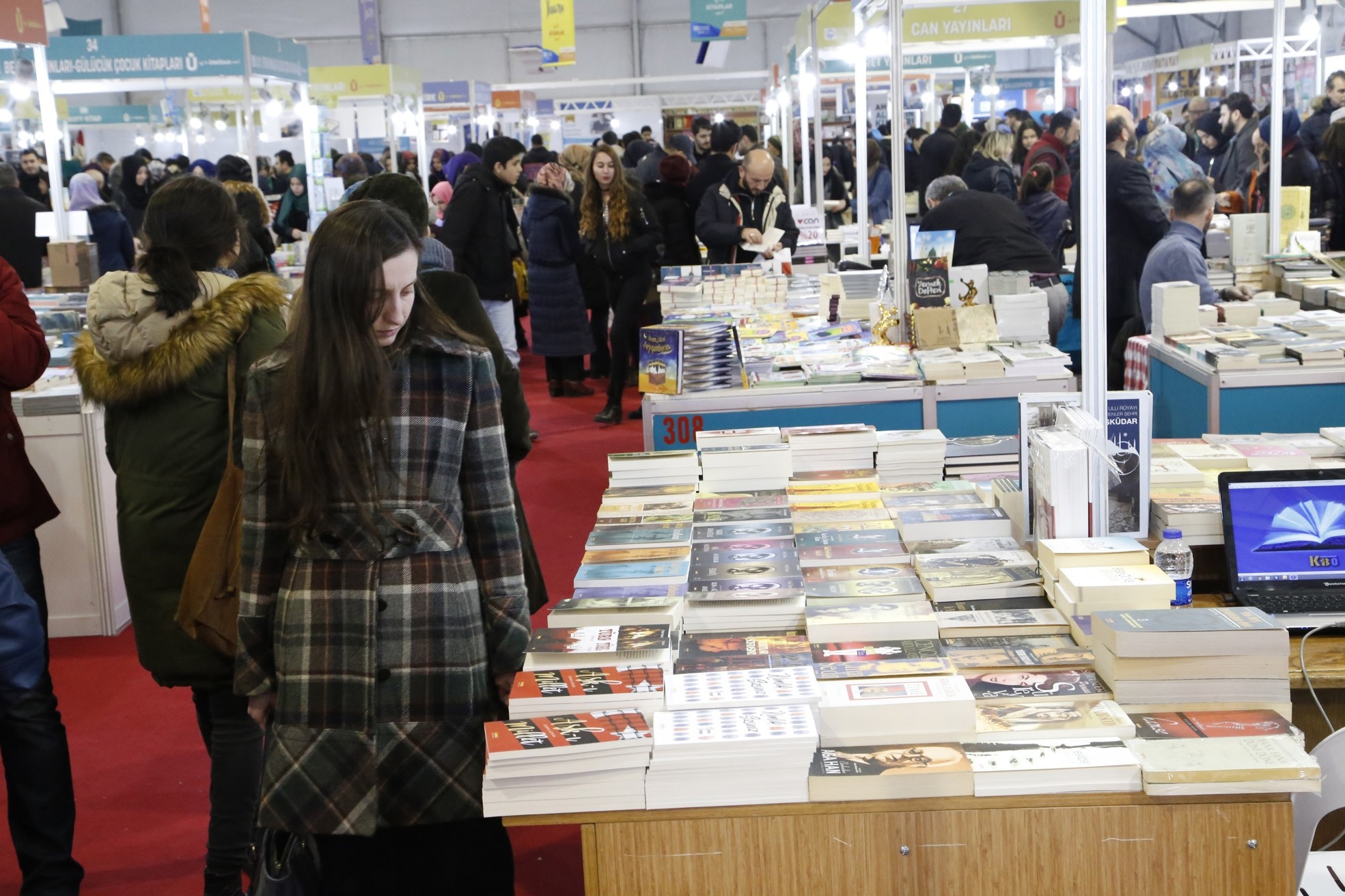 by Daily Sabah Feb 14, 2017 12:00 am
With the motto "Fortunately we have books," the 3rd Üsküdar Book Fair, organized by the Üsküdar Municipality, opened its doors to visitors at the Bağlarbaşı Culture Center on Saturday.

The opening ceremony was attended by Culture and Tourism Minister Nabi Avcı, Üsküdar Mayor Hilmi Türkmen, and author Rasim Özdenören, the winner of 2016 "Presidential Culture and Art Grand Award," as the honorary guest.

Expressing his gratitude to Üsküdar Municipality, in his keynote speech, Minister Avcı underlined that Turkey has experienced a "silent revolution" in the field of arts and culture over the last 15 years.

"Üsküdar Municipality organizes so many nice events, that we have a hard time following its schedule. I wish the fair will play an instrumental role in building good habits and be an example for all local governments," Avcı said.

At the fair, which will be open until Feb. 19, over 200 authors in 100 different publishing houses will hold panels and autograph sessions.

According to a statement released by the municipality, booklovers have shown a great interest in the fair over the weekend, attracting some 10,000 visitors in just two days.

A collection of 100 works by some of the most prominent authors will be presented by the Üsküdar Municipality to one lucky winner who will share the most beautiful picture or video from the exhibition area, with the hashtag #iyikikitapvar.
RELATED TOPICS