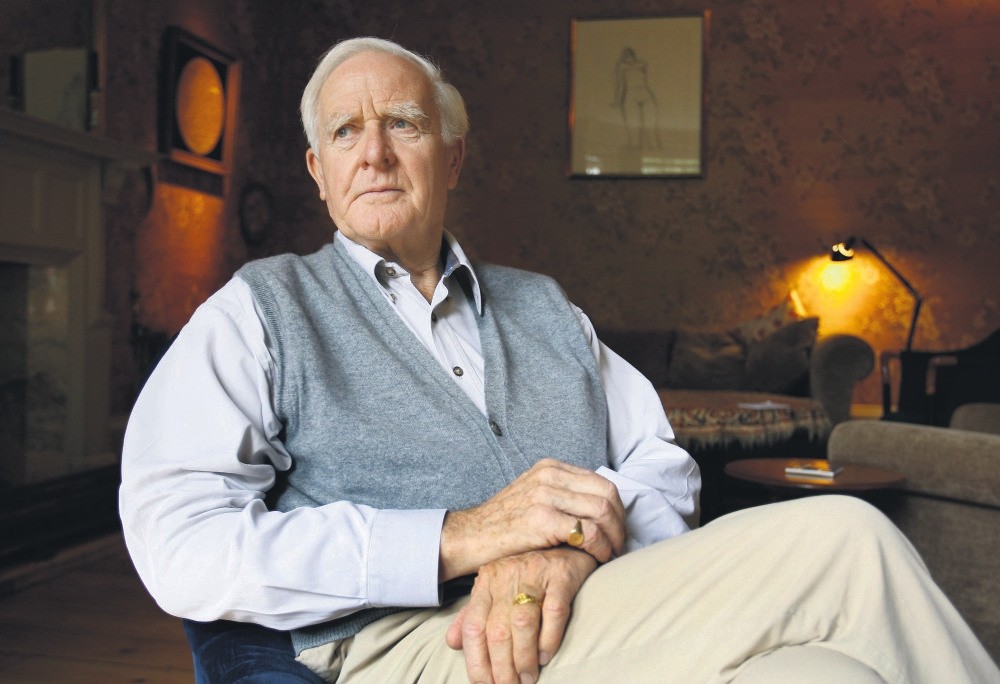 Published in September 2016, John le Carre's memoir ‘Pigeon Tunnel' offers vignettes from his life as a member of the British Intelligence and Diplomatic Services. His stories cover a span of over several decades and several continents under the auspices of ‘in her majesty's service' and research for novels he has entertained and intrigued readers with since the 1960s

John le Carre has been writing spy novels for five decades. Although his oeuvre covers a range of issues in international politics that have made headlines over the years, he is best known for his stories that are set in the Cold War era, centered on the ruthlessness of Russian spies and the British intelligence services replying in kind.

With Russia making headlines again for allegations that the KGB, sorry SVR RF, influenced, and continues to influence voter decisions and public opinion in the U.S. (Brexit hasn't been blamed on the Russians yet), John le Carre's novels continue to be relevant to current issues.

While le Carre's latest forays into the world of espionage in the Middle East, radicalism and the defense weaponry industry are quite entertaining, the reader finds himself going back to le Carre's earliest works to make sense of the intelligence maneuvers of various states today.

Le Carre's trademark has always been his description of pen-pushers, backbiting and double-dealing that happens in intelligence services rather than car chases and other displays of physical prowess. Readers know that he is well placed to write about such things because he himself was a member of both MI5 and MI6, for less than a decade. 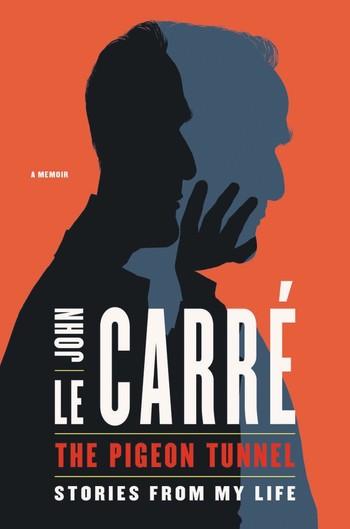 His first major success as a novelist came in 1963 with the made-for-film novel titled, "The Spy Who Came in From the Cold," which came to the silver screen a few years later starring Richard Burton. Le Carre's most iconic and well-known character, however, remains as Smiley, the central character in the 1974 novel, "Tinker, Tailor, Soldier, Spy" and the 1979 novel "Smiley's People," both made into movies with Alec Guinness and later broadcast on Turkish State Television in the grand old days of subtitled foreign TV dramas; hence, my personal fascination with him.

John le Carre's "The Pigeon Tunnel, Stories from My Life," stays true to its title, running through some interesting anecdotes that add to the depth of the characters and plots that we love from his works. Rather than giving a chronological account of his life, the bulk of these stories are centered around le Carre's time as "second secretary" in Bonn where he tried to convince Eastern Germans to defect, providing a fascinating account of a Germany that was trying to rebuild itself after the war.

While the Turkish public is well aware of what this meant for the Gastarbeiter that we provided for the country rebuilding itself, le Carre reveals how the state apparatus itself, including national intelligence services, had to be rebuilt. It is a cautionary tale about how, when countries instigate massive purges to cleanse public institutions of damaging ideology, the process can never be complete and, often, some of the more virulent proponents of the ideology that the state has rejected will indeed have to remain in place simply because there is not another man well equipped enough to replace him.

Le Carre cites one such Nazi politician who served under Adolf Hitler, Hans Globke, who stayed in place in his role in the intelligence services. Le Carre shares his frustration with the reader regarding his frustrations as the "powers" had to keep him in power, even paying his pension when he retired.

As explanation for such "state necessities," the frustrated le Carre quotes Konrad Adenauer as saying, "You don't throw away dirty water for as long as you haven't got any clean."

Seeing such men evade justice has surely influenced le Carre's writing, and is probably one of the reasons why he left the service before reaching retirement age himself.

The first chapter of "The Pigeon Tunnel," titled, "Don't be beastly to your Secret Service," chronicles a series of encounters he had with members of the intelligence services after his books became popular.

"You bastard, Cornwell" (for that is indeed his real surname, David John Moore Cornwell) an MI6 officer shouts across a room in a party in Washington "You utter bastard." Spooks were clearly not happy with their laundry being aired out in the open. Le Carre wants us to know that he wrote what he wrote despite the censure he got from ex-colleagues.

Still, throughout the book, you never get the sense that you are being given the entire story behind the incidents he is talking about: Which is ultimately the craft of the spy and the novelist.

Further, this makes the book even more titillating because you know that he, as a good serviceman, is only telling you what happened on the tip of the iceberg, despite the exaggerated accusations he received from ex-colleagues.

The diplomatic parties, and run-ins with international figures such as Yasser Arafat, are there to disguise the man who is to be at the heart of this "memoir," le Carre himself. As most of the details of his personal life are already known to the public, Le Carre spends little time with those, save for his problematic relationship with his father, who seems to have been an international man of fraud.

Cornwell "pere" seems to have played games with high stakes, a trait le Carre may have recognized in the spymasters he worked with in the MI6 and encountered on his own missions. There's a very poignant scene in which his father finds him in Bonn where le Carre is established as a successful diplomat and an author, and asks for money to patent his new invention. Le Carre's need to feel appreciated and loved and his feelings of embarrassment for the way his father conducted his life are embodied in this scene and felt very acutely throughout the book.

In the beginning of the chapter titled, "His brother's keeper," le Carre says, "Whatever Philby means to my generation, his name may not resonate so loudly in the ears of the present one."

How far from the truth this is for this reader! The name Philby remains code for the highest form of treason for anyone interested in spying history. Philby was a member of a group of high-ranking MI6 officers who worked as double agents, and who, as graduates of the same university, were remembered as the Cambridge Spies, associating Cambridge with spying ever since.

Le Carre provides an account of Philby, which he says we should take with a grain of salt, by Nicholas Elliott, that rare MI6 officer who wasn't working for the Russians in the 1960s. Elliot is sent to Beirut, of course a spy story is never complete without a reference to Beirut, to question Philby about his double-spying, and he is the one who hears Philby's confession of treason.

Elliot's business also takes him to Istanbul, naturally, where he is astonished the see that the British ambassadress has been able to get a hold of Cheddar cheese.

"Hell, where did they get it from? We are in the middle of the bloody war. Cheddar. And the chap who handed it to me was Cicero," referring to a German secret agent named Elyesa Bazna, an Albanian from Pristina, who himself has been the subject of many books.

Thus, the book takes us on a journey through the world from the 1950s to the 2010s, providing vestiges of people and geography, from Panama to Bishkek to Switzerland. In Switzerland, le Carre has a chalet where he seems to have spent quite a bit of time entertaining celebrity guests such as Sidney Pollack: It is here that he complains of such local quirks of nature as the Foehn, a wind that goes every which way and plays with people's minds (a description I thoroughly enjoyed as an Istanbulite who has to contend with "lodos" now and then), and a wind that seems to have guided us on the journey he has taken us on.
RELATED TOPICS