Bedia Ceylan Güzelce's first novel "1473" was translated into English and published by London-based Kingston University. It is the first translated work brought by the university for the collection of the Britannia Library of the university. The book tells a touching and breath-taking love story in two hedgehogs' eyes amid the destruction created by the Battle of Otlukbeli. 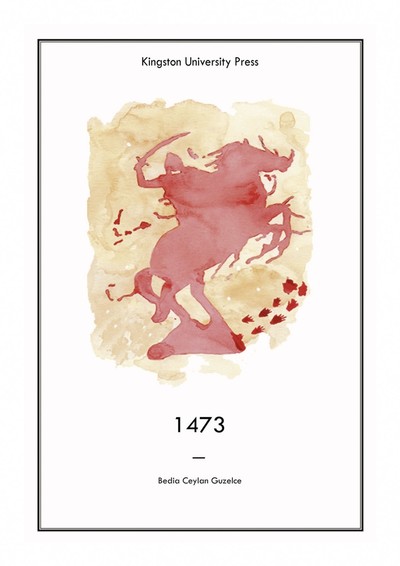 Having worked as a culture and art editor at Habertürk TV and maintaining her productivity in different roles such as documentary film production and scriptwriting, Bedia Ceylan Güzelce has had her first novel "1473" published in English by one of the world's most prominent universities. The book has become the first translated work that the university added to the collection of the Britannia Library, which is the national library of the U.K. and considered one of the world's two biggest libraries.

A war in two hedgehogs' eyes

The book tells the story of the Battle of Otlukbeli between the Akkoyunlu state and the Ottoman Empire, which is considered one of the bloodiest wars in the world that lasted eight days, through two hedgehogs' eyes. The book also tells a touching and breathtaking love story. Having been published in Turkey in 2011 and masterfully showing us that history is not only about numbers, "1473" was recently published in English.

"It was a morning when the flowers withdrew inside. The Battle of Otlukbeli was going to start the next day. The Ottoman soldiers were waiting

Every shot was striking dozens of soldiers and thousand-year-old trees in the Otlukbeli Plains.

Hidden tunnels and underground animals were coming to light. It was not only the screaming of soldiers but also of animal sounds which were echoing." The end cover explains Bedia Ceylan Güzelce's unique perspective of the Battle of Otlukbeli that took place in 1473. She tells the story from the perspective of two hedgehogs and she masterfully shows us that the history is not only about numbers. It is the story of those whose names were not even included in wars: '1473.'"

Born in Ankara in 1982, Bedia Ceylan Güzelce graduated from the department of classic archaeology at Istanbul University and started to work for Atlas magazine. She also worked as a correspondent at Turkish daily newspapers. Her first novel "1473" was published in 2011 and has been translated into Arabic and published in Lebanon, as well. She gave a speech in TEDx the same year titled, "I underestimate your pains" ("Acılarınızı küçümsüyorum"), which was about Generation X and Generation Y. She wrote the script of "Aşk Sana Benzer" in 2014, a movie directed by Taner Elhan. Her second novel, "All Quarters of the Sky," (Göğün Bütün Çeyrekleri) was published in 2015.