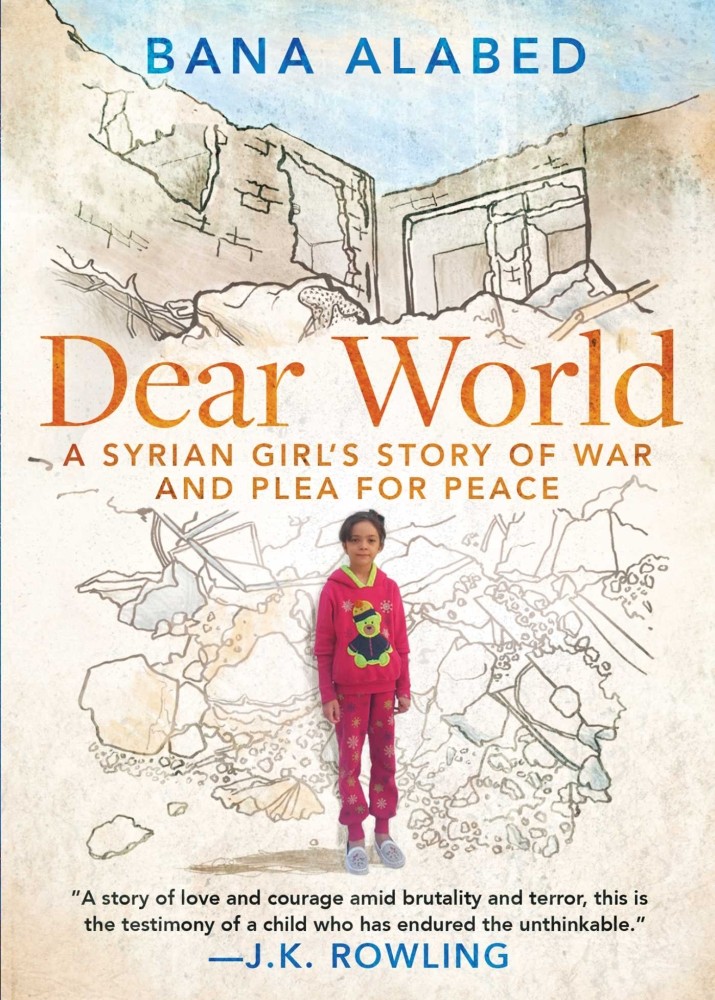 A Syriangirl, whose tweets from war-torn Aleppo captured a worldwide audience, has written a harrowing memoir of life under siege, recalling her terror of daily bombardments and her sorrow at being kept out of class.

In "Dear World", to be published on Tuesday, eight-year-old Bana Alabed, who now lives in Turkey, delivers an unadulterated account of war through the eyes of a child.

She writes vividly about the death of her best friend and neighbour Yasmin, killed when a bomb fell near her house.

"Then one of the men lifted a body out of the rocks, and there was more screaming from Yasmin's mum. It was Yasmin. She was floppy like she was asleep, and had a lot of blood and dust on her," Bana writes in the book.

"I couldn't move or breathe because I was so scared seeing my friend like that."

Bana drew around 360,000 followers after she joined Twitter in September 2016 aged seven, documenting life in her embattled city through tweets and pictures from her @AlabedBana handle, an account managed by her mother Fatemah.

Bana drew the attention of some famous Tweeters, including "Harry Potter" author J.K. Rowling, who along with her agent sent the young girl e-books about the famous boy wizard.

But her tweets also sparked controversy after some critics questioned the legitimacy of the account and accused Fatemah of using her daughter for propaganda.

During a ceasefire last December, Bana and her family were evacuated from eastern Aleppo to Turkey, where they were greeted by Turkish President Tayyip Erdogan at his palace.

"I am sad because the children in Syria they don't have school, they aren't learning anything. They (stay) in their house and are dying every day," Bana told the Thomson Reuters Foundation in an interview from the capital Ankara.

Bana is now in third grade after missing more than a year of school at the height of the bombardment of Aleppo. Her education was patchy even before that, due to the dangers posed by the civil war that erupted when she was a toddler.

"I can go to school now and I am not afraid. It's not scary," Bana said in a phone interview.

More than six years of conflict have forced an estimated 1.7 million children in Syria out of school, according to the United Nations children's agency UNICEF.

In the book, Bana describes the moment a bomb fell near her house, and took her best friend.

"I didn't cry when I heard the bomb, but I did cry later when Baba and Mummy decided that I couldn't go to school anymore. It wasn't safe because a bomb could fall on the school," she writes.

The young author wants her book to spotlight the suffering of Syrian children who "deserve life", she said - insisting on conducting the interview in English, first taught to her by her mother and among the subjects she is now studying at school.

Bana said she dreams of returning to Syria and becoming a teacher and doctor so she can both educate and treat children.

"I want to say to them: they should be strong and not lose their hope," she said.