A Literary Genesis: The First Wave of Lebanese Writers 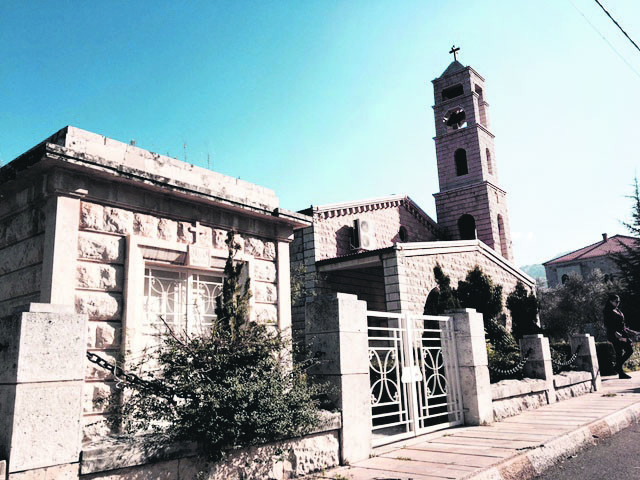 The mausoleum of Ameen Rihani is one of three sites dedicated to him in his native region of Matn.
by Matt Hanson
Dec 25, 2017 12:00 am

The creation story of Lebanese literature begins in its mountains ascending from the urban shores of Beirut through the famed cedar groves that green the alpine horizon with an inspired, timeless charm. The modern nation speaks from Ameen Rihani and Khalil Gibran to Afifa Karam and Anbara Salam Khalidi

As in the Genesis of scripture, which is partly set in the northeastern Levant, the origin stories of Lebanese literature begin before its recorded time, when the modern republic was yet realized from Ottoman Syria on its mythical Phoenician shores. Established as a groundbreaking experiment in the ethnoreligious power-sharing method of consociationalism, the smallest nation in mainland Asia maintains a disproportional cultural impact on the world relative to its size. The reason is partly due to the fact that its culinary and literary heritages are thoroughly intertwined in early 20th century American immigrant history.

The most distinguished intellectual and transnational pioneers, lauded throughout the globe today as foundational Arab-American writers, Ameen Rihani, and famously Khalil Gibran, have given voice and substance to the essential spirit of the age, and, by writing with singular creative talent, have pierced the veils of all earthly social bounds toward the universal reconciliation of the world soul. More, the early Lebanese feminists Afifa Karam and Anbara Salam Khalidi employed international literary and publishing efforts to advocate for the global liberation of women, furthering especially important perspectives as Arab minorities with increasing contemporary relevance.

Shot through with all of the visible strife of historic and current Middle Eastern urbanism, the decadent and impoverished peripheral infrastructures around downtown Beirut tell tragic tales of civil war, political infighting, religious conflict, diaspora exile, and refugee obscurity. Within its core, gentrified lights seep through often opaque societal norms given to a state vulnerably besieged and infiltrated with instability and opposition. Bisected where the Government Palace is fortified with ubiquitous guards armed to the teeth, the shorefront downtown of Beirut is pockmarked with the postcolonial nostalgias of the Arab World from the era of the French Mandate, as it now gradually regains its footing one high, celebratory night at a time, and every day as the new sun shines over the tawny gold-hued buildings sculpted with superlative finesse from the legendary Levantine quarries of the ancient region. 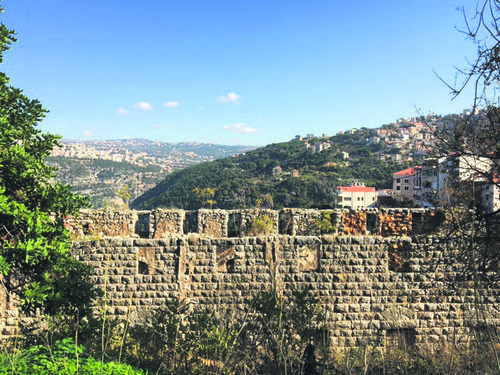 The village of Fraikeh is a refuge from the urbanized world as it was for Ameen Rihani.

The central streets of Achrafieh and Hamra, for one, are studded with rare gems of the literary imagination, as its writerly hangouts are utterly divided between Latin and Arabic scripts. The globalized readership haunts such sites as the healthily-stocked Aaliyah's Bookstore Cafe, where mainly contemporary Lebanese novelists like Amin Maalouf and Iman Humaydan stand on display beside collections of Khalil Gibran, and the recent 2013 publication of the Anbara Salam Khalidi memoir by Pluto Press, an independent house dedicated to refining Middle Eastern dialogues. Littler shops like The Carton, an English-language publisher led by artistic director Jade George, the Papercup cafe, a stylish purveyor of art books and literary magazines, and the compact shelves at The Little Bookstore, are furnished with more rarefied insights about the wide cultural bedrock where the early giants of local literature stand firm.

From the heart of the dense Armenian district, where Ethiopians and Southeast Asians now stroll, commonly grinning with airs of contentment in the smog-driven mornings, proud, self-described Maronite Christians lead the way for travelers to board unmarked buses for a cheap fare out of the city and into the sharply vertiginous hills. Where the capital expands up into the Mount Lebanon region of Matn, an enormous bust of Ameen Rihani marks the ecological and administrative border. Inside the limits of Beirut, his former residence is widely unknown on the policed inner-city Clemeceau Street, and his books are all but absent from the most visible of literary hotspots in the urban nucleus. It is the Lebanese countryside that birthed and cultivates the legendary works of Rihani, who is justifiably immortalized in a humble museum where he lived and died in the bucolic, steeply-rising village of Fraikeh (pronounced Fray-Kee).

By a shared taxi, affable, stubbly-chinned drivers drop off the unaware along the sun-drenched cliffs of Mediterranean vistas within the locale that is generally unfamiliar to most urban-dwellers in Beirut. Its single main thoroughfare is a short walk to the next hamlet of Qornet El Hamra, where Fraikeh begins at its west-facing frontier, and immediately entering the environs, a well-polished finely-engraved plaque reads: Ameen Rihani Museum. In terraced gardens built by Rihani himself, quotes from his prolific manuscripts are inscribed into stone. With a scheduled visit, Ameen A. Rihani, the nephew of the late author, greets with a conversational warmth as a kindred intellectual raised on the books of his famous uncle to become a professor emeritus, presidential advisor and editor of the compiled posthumous publications that continue to generate worldwide interest in the Rihani legacy.

The home is a trove of exquisite aesthetic taste, with the furniture and paintings evoking the antique sentiments of a century past, when Rihani returned to the home that was for him an Eastern retreat to unwind from the psychological tremors of New York City and write under the prehistoric eye of his storied homeland. The classic stone masonry architecture of its arched basement entranceway opens into a richly curated collection of artifacts, documents, portraits and effects detailing everything from his hats, pipes and canes, to his first editions, artworks and the only extant recording of his voice on vinyl. Professor Rihani guides a comprehensive overview of the exhibits, from his debut book published in 1902 by Al-Hoda Press on Greenwich Street by fellow Lebanese littérateur Afifa Karam, who he met in Manhattan's bygone Little Syria neighborhood as it fostered the maiden Arabic-language press in America.

Their legacy still uplifts communities of Middle Eastern descent in New York and throughout America. In 2013, the multidisciplinary actress and director Ruth Priscilla Kirstein founded The Middle East Film Initiative, which is currently developing a web series inspired by Manhattan's Little Syria. In a recent interview, Kirstein commented, "When you look at these people who lived in Little Syria during a very vibrant time in a New York that was possibly more cosmopolitan than it is today, you see how they found creative ways of making sense of their Eastern and Western identities in a way that can inform us today." From his letters with Woodrow Wilson to his reception of Arab royalty, the initial translation of his trilogy on Arabia into Hebrew, and the ongoing political sensitivity of his unpublished manuscripts, it is clear that Rihani is an epochal figure who bridged contesting world cultures during the most formative years of the modern era.

For his cardinal achievement, "The Book of Khalid" his contemporary, Khalil Gibran, also an Arab-American New Yorker, contributed illustrations, six of which are on display at the Rihani Museum to relay the esoteric symbols of his Transcendentalist, immigrant epic. Every morning, Rihani would wake at dawn, face the alpine horizon of Mount Sannine to recite the Christian prayer of renunciation, only with his characteristic Shakespearian knack for drama as enacted between God and man. And in that high-minded direction, between the biblical, seafront cities of Byblos and Tripoli, the sacred Kadisha Valley plateaus in a semicircle against a snowcapped range to shelter the tomb of Khalil Gibran in a seventh century hermitage now exhibiting his paintings at a museum in his name. His writings and canvases speak to the human capacity to create a better world through love in the form of creativity. As is clear in his works, the arts encompass tried and true techniques for building a better world from within. In his subtle eye for spiritual realism, the lofty village of Bsharri permeates his altogether untitled life work. To him, visions go beyond names.