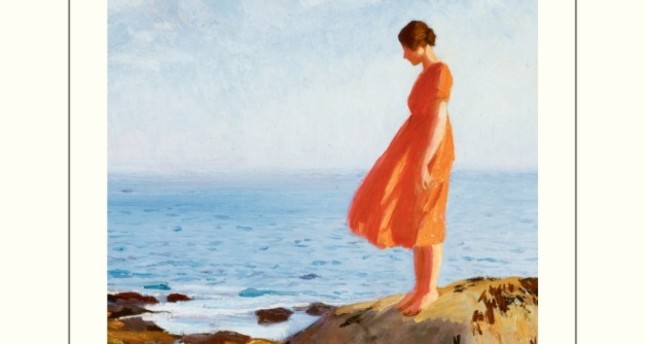 After such a sensation more than 20 years ago with the world best-selling novel "The Reader," can an author even think about writing a new book? To the joy of his fans, Berlin author Bernhard Schlink, 73, has not let himself be intimidated by the pressure to succeed, and so every few years he has come out with a new book.

The latest making the news is "Olga," in which Schlink again proves himself to be a brilliant story-teller of a moving, sweetly-written love story, even if perhaps there is a bit too much moralism and a too little historical depth to it. Sensitive souls are advised to have a pack of tissues to hand when reading "Olga."

"She doesn't even try, she just likes to stand there and stare." The novel starts with this simple sentence in describing the main character, Olga. Orphaned early on, she grows up at the end of the 19th Century, unloved, with a grandmother in Pomerania. Against all the odds, she gains an education and manages to become a teacher and lives - far ahead of her time - as a woman who determines her own destiny.

Her love for her likewise lonely neighbour Herbert will remain a yearning relationship for the rest of her life. Herbert's wealthy land-owning family is against any liaison with the poor village girl. And later on, Herbert himself will flee, his head filled with crude ideas of power and greatness, to the colonial war in Africa. Then, in a dare-devil pursuit, he will seek to conquer the Arctic for Germany.

More about the story should not be divulged. Its real power derives from its clever structure and surprising plot twists. In one passage, Schlink lets it be known that the idea for the character of Olga was a woman who during the war was a seamstress in his own professorial family during his childhood in Heidelberg.

Criticism that he had simplified things too much is something that Schlink already calmly encountered when "The Reader" came out. "The book, and this pleases me, is not just for intellectuals," he said at the time. Now, in an interview with the Diogenes publishing house, he explains it further. "Nothing takes place in the novel that happened back then. But what happened back then is the material, the stimulation, for writing."

Herbert, the object of Olga's love, is based on a genuine historical figure, the German officer and adventurer Herbert Schroeder-Stranz who went missing on the Spitzbergen archipelago in 1912. His brash personality contrasts with that of the thoughtful polar researcher John Franklin of Sten Nadolny's novel "The Discovery of Slowness."

And yet, it is the love letters alone that Olga sends her beloved in the northernmost part of Norway which makes reading this 300-page novel rewarding. The letters give her character yet further depth and pensiveness. Almost poetically, it always returns to the existential question of what love can expect, what love can demand.

"I am not holding on to you," Olga writes at the end. "I know that you must go your way. Only, I miss you."

"Olga" is currently available in German. The publishers, Zurich-based Diogenes, could not give dpa a time frame last week for an English version as they have not yet signed a translation contract.

Share on Facebook Share on Twitter
Previous in Books The creation story of Lebanese literature begins in its mountains... Next in Books Ursula K. Le Guin, the award-winning science fiction and fantasy writer...
DAILY SABAH RECOMMENDS