‘The Woman in the Window' becomes a sensation 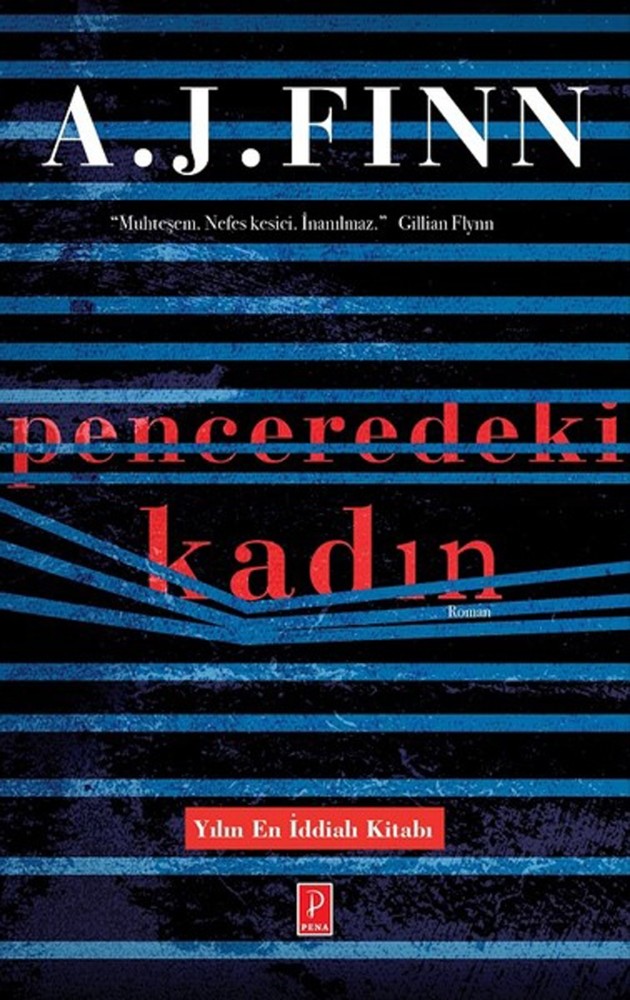 Thriller novel "The Woman in the Window," which became popular before it was published around the world, has topped the best-seller lists this year.

Published by Pena Publications in Turkish, "The Woman in the Window," the publication rights of which were sold to 38 countries, continues to keep its high rank in the lists of The New York Times, Amazon, Barnes & Noble and Sunday Times in its third week. Meeting Turkish readers last week, and beginning to win their recognition, the novel is preparing to be the best thriller novel of 2018, leaving behind "The Girl on the Train" and "Gone Girl," the most popular books of the last years. Gillian Flynn, the author of "Gone Girl," says that "The Woman in the Window" is magnificent and exciting, while Stephen King suggests it is impossible to put the book down.

Telling the story of a woman who witnesses something unexpected while observing her new neighbors, the novel presents a series of confusing surprises to its readers. Purchased by FOX 2000, the producer of films such as "Life of Pi" and "The Fault in Our Stars," it will be adapted into a film by Scott Rudin, who is the Oscar-winning producer of the films such as "The Girl with the Dragon Tattoo," "No Country for Old Men" and "Grand Budapest Hotel."

Anna Fox lives alone, a recluse in her New York City home, unable to venture outside. She spends her day drinking, watching old movies, recalling happier times and spying on her neighbors.

Then the Russells move into the house across the way. They are a perfect family: a father, a mother and their teenage son. However, when Anna, gazing out her window one night, sees something she shouldn't, her world begins to crumble. What is real? What is imagined? Who is in danger? Who is in control? In this diabolically gripping thriller, no one or nothing is what it seems.