Inside Christie's world: Postcard from the Orient Express 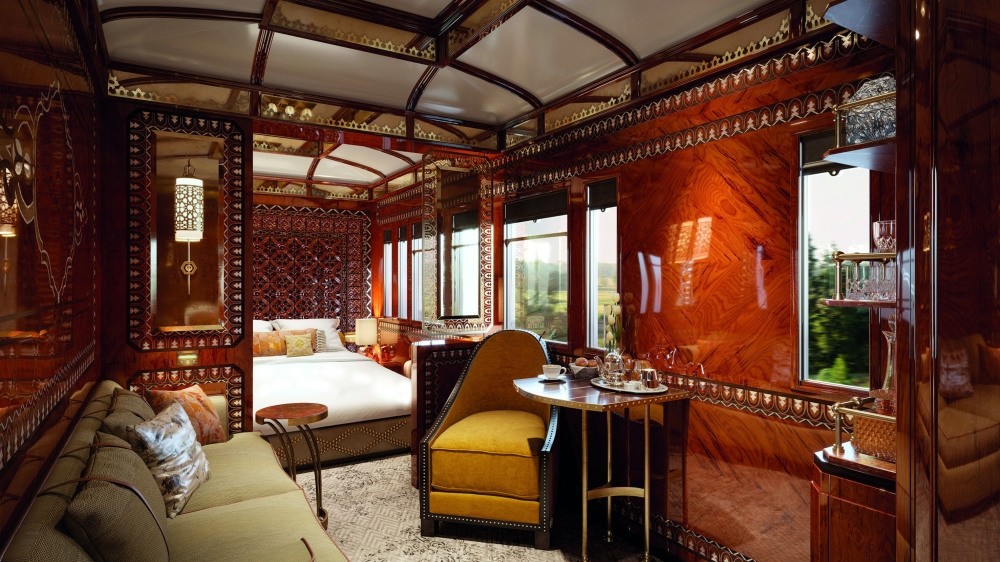 u201cOne of the first things you need for an Agatha Christie mystery is an enclosed space. The train compartments offered 12 people who couldnu2019t go anywhere,u201d Christieu2019s great-grandson said.
by Associated Press
Mar 01, 2018 12:00 am

Agatha Christie, one of the most renowned detective novel writers, had a turning point in her life with the Orient Express, and it was a brave and adventurous journey

Aboard the original Orient Express for the first time, Agatha Christie's great-grandson James Prichard reminisced on how the Queen of Crime became enchanted with the fabled locomotive, and how its legendary route to the exotic east not only inspired one of her most famous novels, "Murder on the Orient Express," but it defined her. 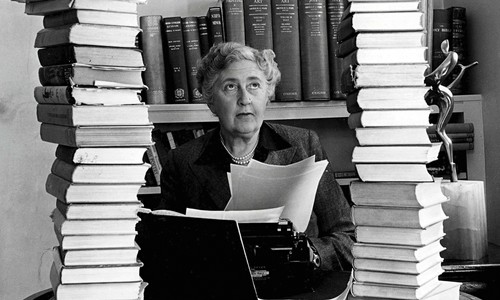 Christie first traveled on the iconic Orient Express in 1928 during the most painful moment in her life, after Prichard's great-grandfather, Archie Christie, walked out on her.

"She wanted a holiday and someone suggested she went on an archaeological dig in Syria," Prichard said. For a woman traveling solo in that era, the trip was "extraordinarily brave and adventurous," he added. She met an archaeologist on the trip, Max Mallowan, who became her second husband, and they traveled via the Orient Express for years to digs in the Middle East. "That was their commute, that's how they got there," Prichard said.

Prichard spoke about the family matriarch while traveling from Paris to France's Champagne region on a train chartered by 20th Century Fox to mark the home entertainment release this month of director Kenneth Branagh's movie "Murder on the Orient Express." The train's star-studded cast includes Judi Dench, Penelope Cruz and Johnny Depp.

Looking around a restored 1920s rail car called Etoile du Nord, Prichard said he could see the appeal in "the beauty of the train." The art deco-style car with birch burl panels and exotic woodwork by famed French decorator Rene Prou was refurbished last year by France's national rail network, the SNCF. Prichard and other guests were duly pampered onboard with Maison Laduree pastries and luxury Puiforcat tableware. 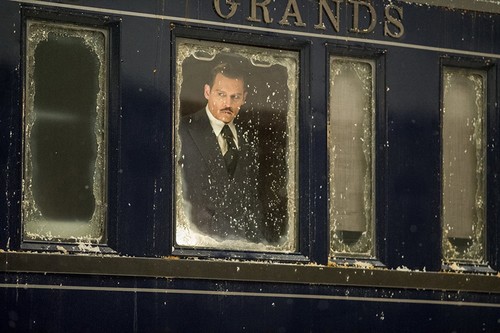 "Murder on the Orient Express" was recently shot with a star-studded cast, including Judi Dench, Penelope Cruz and Johnny Depp.

The Orient Express launched in 1883 with its run from Paris to Constantinople that quickly saw it emerge as the symbol of travel's golden age; a byword for luxury. That route ended in 1977 with the growth of high-speed trains and affordable flights, but it served a shorter route until 2009, when it disappeared from official timetables altogether. The train is now France's premier museum-on-wheels, classified as a French Historic Monument, and owned, along with its famous name, by the French state. These days, it only travels out "exceptionellement," as the French say.

But the 1934 publication of Christie's novel saw the Orient Express become a symbol of something sinister: murder. A 1974 film won an Oscar for Ingrid Bergman, and the story's enduring popularity in stage, television and cinema has forever bound the train to the murder mystery.

Why did Christie use the Orient Express as a setting for something so dark? Prichard says the train's unique mix of foreigners, luxury and exoticism in an opulent but confined setting made it "perfect" for a whodunit with the mustached Belgian detective Hercule Poirot. "One of the first things you need for an Agatha Christie mystery is an enclosed space," Prichard said. The train compartments offered "12 people who couldn't go anywhere," all of them presenting a facade over their true selves.

Riding the train provided days of study for the author. "She observed - and that's where some of this writing came from, was her ability to observe people and situations and then make the leap -bizarrely - to murder," Prichard said. She'd have seen "glamorous strangers dressed to the nines for breakfast, for lunch, for tea, for dinner - but who were they behind that theater?"

And while the carriages are beautiful, they are tight, forcing glamorous strangers to brush against one another by Cuban mahogany paneling and pressed glass window reliefs if they pass in a corridor.

Christie frequently crafted her plots by putting disparate characters together in an exotic location, then imagining the fallout from a murder. Not everything was made up, though. In the book, the train gets stuck in a snow drift, giving Poirot time to gather clues and interview each traveler. Prichard notes that in 1929, the real Orient Express train got trapped by a blizzard, and later, an Orient Express train on which Christie was traveling got stuck in flooding, with track sections washed away.

As custodian and CEO of the Agatha Christie estate, Prichard handles artistic rights and must OK productions using Christie's work. He served as executive producer on the Branagh adaptation.

The most popular novelist in history, Christie wrote more than 75 books that have sold some 2 billion copies. But despite her popularity as a writer, she preferred to watch people rather than talk to them. She was "very reserved, very quiet," Prichard said. "There was this stuff going on in her head, which were these plots, but if you'd met her and you didn't know, you'd have just thought in her later life she was a lovely older woman."

Prichard was 6 when she died. It was only when he saw news of her death leading the BBC when arriving home from school that he realized "she was something special, she was something more than my great grandmother."