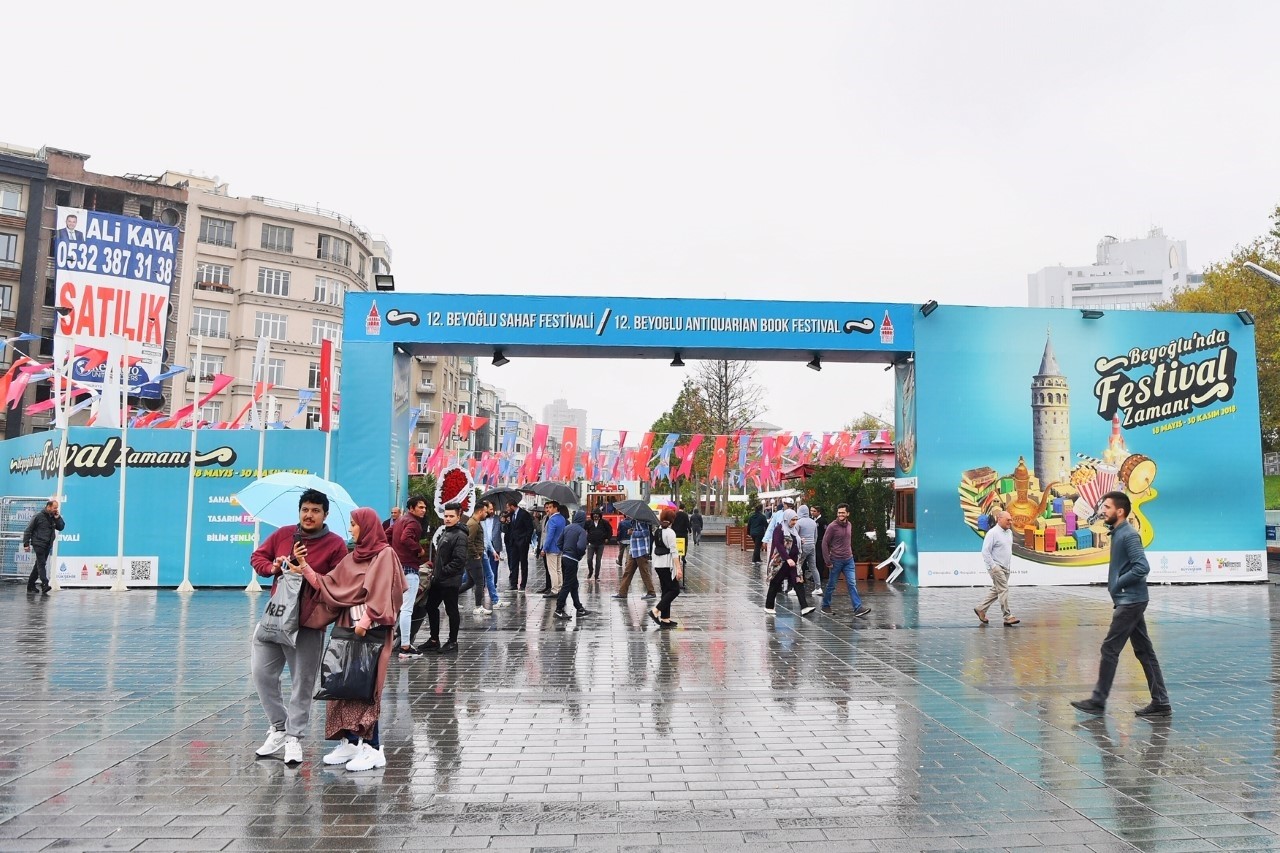 Speaking at the opening of the festival, which hosts the most distinguished secondhand book sellers from around Turkey, Beyoğlu Mayor Ahmet Misbah Demircan said, "We are offering secondhand books, which are often ignored due to their low material value despite valuable content, in the center of Taksim so that the most important values of Beyoğlu can be sustained."

Demircan stated that as a result of increased prices in developing districts, secondhand book stores had to move to the backstreets of neighborhoods. He said, "Secondhand book sellers go to the lower floors or upper floors of inns. Generally, they do not disappear, but lose visibility. With the idea of sustaining Beyoğlu's values in mind, we have been maintaining these activities for 12 years. There are now secondhand book sellers at the heart of Taksim. Previously, we held the Golden Hands Traditional Handicraft Festival and Antiquity Festival. We strive to do things that will develop and improve our culture." Indicating that secondhand book sellers have a distinctive place in cultural life, Demircan noted, "They are specialists who have not been given rank or who have not been appointed. They are special people who know what is where. With this feeling, we are holding the secondhand book festival. We tried to make sure the festival time coincided with the opening of schools and universities. Book enthusiasts from around Turkey wait for the festival. Our secondhand book sellers also wait for the festival as they collect their precious products during the year. They want to present them here. We also know that lecturers from different universities are waiting for the festival and they find many things they are looking for here in Taksim."

Istanbul Metropolitan Municipality (İBB) Culture General Director Kemal Kaptaner said, "When we were undergraduates, there were two places where we could find secondhand books: Beyazıt and Beyoğlu. Now there is a great convenience. Our mayor has been gathering secondhand book sellers for 12 years at this square, which anyone can easily access. I hope that our friendship with books and secondhand book dealers continues. Technology is progressing and we all have smartphones. Now we can read books digitally. However, there are more developed societies than us in digital terms, such as Japan and South Korea. When we look at them, the rate of reading books is very high and they all read books on the metro and public transport. So, the development of technology is not an obstacle for books. We can make our lives more meaningful and rich by loving books and reading more."

With the participation of 64 secondhand book stores from Istanbul and various parts of Turkey, the festival also showcases century old books and magazines, old scripts, old photos, film and theater posters, rare plaques, letters, postcards and special collections. The festival will continue to bring together secondhand book stores and tens of thousands of books for bibliophiles from 10 a.m. to 11. p.m. at Taksim Square until Oct. 7.