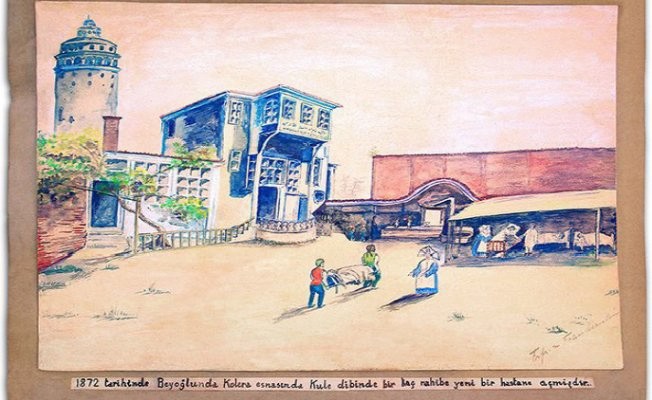 The Yunus Emre Institute (YEE) in Vienna and the Diplomatic Academy of Vienna recently launched a joint project titled "Austria-Hungary in Istanbul."

Launched with a reference to Istanbul's European Capital of Culture (2010) status, the project book was co-authored by Dr. Rudolf Agstner and Dr. Elmar Samsinger.

Consisting of five volumes and titled "Austria-Hungary in Istanbul," the book was presented to the distinguished guests at the Yunus Emre Institute, Vienna.

Speaking at the event, the head of the institute Ayşe Yorulmaz said that it was a pleasure to support the project.

"Supporting the project, which is yet to be completed with new sections to be added in 2019, will positively affect Turkey-Austria relations," Yorulmaz said.

She added that: "Under the context of the project, the exhibition hall at the Yunus Emre Institute will host an exhibition titled 'Emperor Karl and Empress Zita in Istanbul' this November."

Multilateral relations between the Ottomans and Habsburg

Dr. Elmar Samsinger also shared some interesting experiences they had while working for the project.

Samsinger said that thanks to the multilateral relationship between the Ottoman Empire and the Habsburg Dynasty, a great number of statesmen, artists, tutors and businessmen from Austria-Hungary Empire visited frequently visited Istanbul in the 19th and 20th centuries.