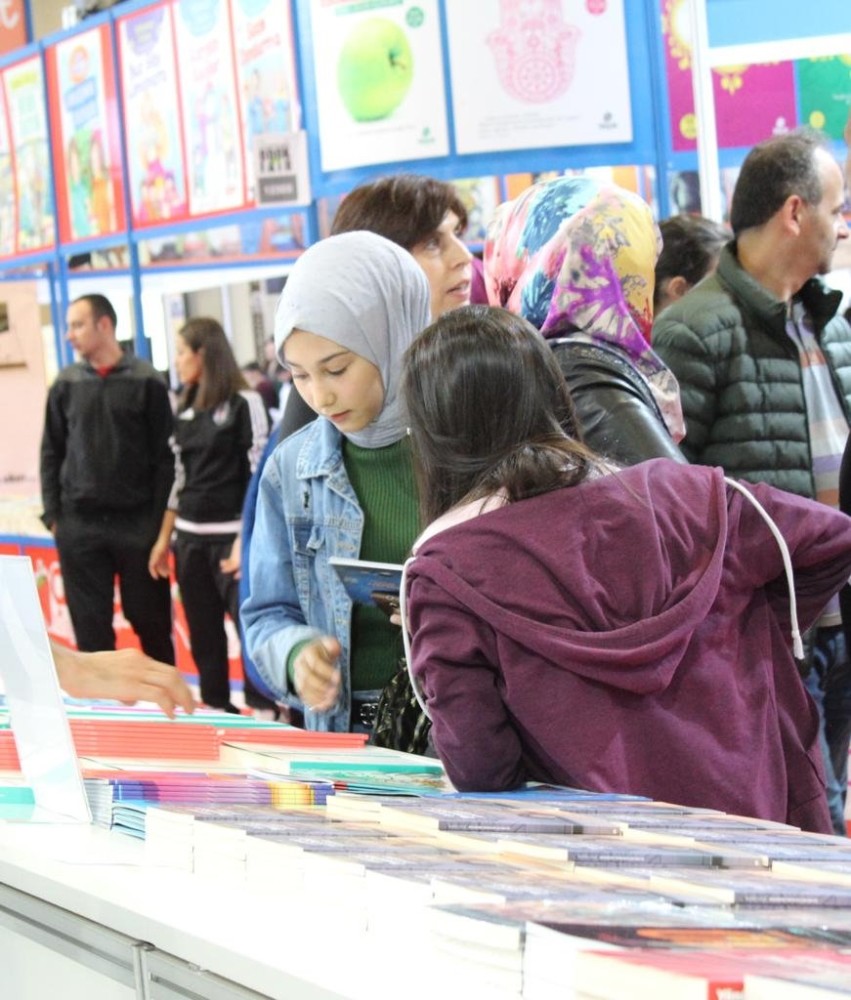 TÜYAP Fairs in partnership with the Turkey Writers Association and Anadolu Agency (AA), the 37th International Istanbul Book Fair will be open to visitors until Nov. 18.

The fair started at the TÜYAP Fair Congress and Convention Center in Istanbul's Büyükçekmece district with the theme, "Surrounding Life with Literature."

At the opening ceremony held also for ARTIST 2018/28th Istanbul Art Fair, which is being simultaneously held with the book fair, Istanbul Gov. Ali Yerlikaya said that he has been all over Anatolia throughout his services as district and provincial governor.

Yerlikaya said that he would long for book fairs when he was out of Istanbul.

He described Istanbul as the capital for culture, arts and enlightenment and saluted all writers and especially Selim İleri, the 2018 Writer of Honor.

Call for 1.5 millions of visitors

Gov. Yerlikaya said that the Istanbul Book Fair is one of the leading fairs worldwide.

"Based on statistics, our city has 15 million residents. The same statistics say that the book fair hosted 750,000 visitors last year. The number of students under the umbrella of the Ministry of Education is just 2.8 million. We have also university students. This fair must host such a number that we must not get proud even of that number. We should only be proud when we surpass the base number," he said.

Stressing that works must be conducted to increase the visitor number up to 1.5 million, Yerlikaya said, "This number can be seen within the coordination of municipalities, nongovernmental organizations and the governorate."

Speaking on behalf of the Minister of Culture and Tourism Nuri Ersoy, Vice Minister Ahmet Haluk Dursun conveyed Ersoy's regards and stated that Ersoy couldn't attend the opening ceremony because he was at the commemoration event at Atatürk's mausoleum in Ankara.

Special events for the youth

Hosting 800 local and foreign publishing houses and NGOs, the organization offers 300 cultural activities consisting of panels, talks, poetry recitations and children workshops throughout the nine days. Thanks to the autograph sessions offered under the context of the book fair, so many writers and readers will be brought together. Some 64 illustrators and 35 publishers will take part in the event. Designed especially for the younger generations, the new activity area of the fair will be home to various activities for youth.