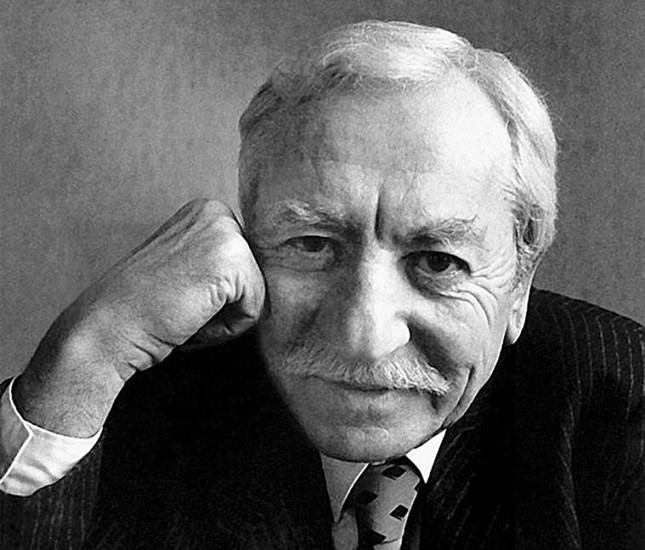 Tarık Buğra worked as an assistant teacher at the Şişli Terakki High School after his military service.

Having started writing in high school, Tarık Buğra was a well-known author of Republican literature in Turkey with his warm narrative style in politial fiction

After making a huge impact on the fiction genre, Kemal Tahir's new political novel has reached the status of a whole new literary style in Turkey. Many novelists before him had offered political aspects in their works too, however, yet Tahir was the first novelist to use an actual political persona – historical or fictional – in his novels in order to discuss Turkey's particular classical or modern political questions.

Among the followers of Kemal Tahir's political approach to fiction, Tarık Buğra comes to the fore with the help of his warm narrative style, conveying the dramatic question through lively political figures.

Some critics were inclined to show Buğra as an alternative novelist to Kemal Tahir. Some others directly pointed at Buğra as superior in terms of style and language, which is a very debatable point since Tahir's novels are known for their political substance while Buğra's political ideas have never been on the agenda of the ordinary Turkish intellectual.

Süleyman Tarık Buğra was born in the Akşehir district of Konya, a central Anatolian province, on Sept. 2, 1918, just two months before the end of the World War I and about a year before the War of Independence began. He was the son of a judge, Mehmet Nazım, who was originally from Erzurum province, and a housewife, Nazike, who came from a notable family of Akşehir.

Buğra would return to Akşehir in his masterpiece, "Küçük Ağa" ("Little Agha"), where he writes about a series of local events on the eve of the War of Independence.

He was first schooled in his hometown. After the eighth grade, he enrolled in İstanbul Erkek Lisesi (Istanbul Boys' College), where he studied for two years before moving to Konya High School.

After high school, he enrolled in the physics-chemistry-biology class of Istanbul University in 1936. However, he was not content with what he got as a science student. So, he decided to change his school and enrolled in the School of Law.

After four years' of studies in law school, Buğra left school once more and went for military service for three years during World War II. After his release from the military in 1945, Buğra began working as an assistant teacher at the Şişli Terakki High School. 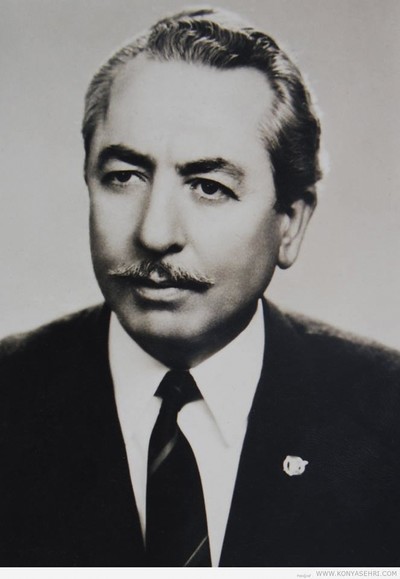 At the same time, he enrolled in the Faculty of Arts. He would never graduate from the university, but he had the pleasure of following the lectures of great professors like Adnan Adıvar and Mümtaz Turhan.

Cafe as a literary school

Tarık Buğra had already begun writing short stories in high school. But the official beginning of his career was when he started publishing stories in literary magazines. He won a minor literary prize in 1948, which brought him a chance to make a connection with the press. He published in some short-lived magazines in Akşehir and Istanbul before he became a routine columnist for the Turkish daily, Milliyet in 1951.

Buğra had connections with the prominent conservative writers of the 1950s. He knew Ahmet Hamdi Tanpınar, a major novelist, Mehmet Kaplan, a university professor and a literary critic, among many others.

He was a regular at the Küllük (Ash Pan) coffee shop, where he met with the writers of the previous generation including Mahmut Kemal İnal, Fuat Köprülü, Ali Nihat Tarlan and Nurullah Ataç. He learned a lot from them.

Tarık Buğra published his first volume of short stories, "Oğlumuz" ("Our Son") in 1949, which was followed by several others. These short story collections are considered minor compared to his long fiction.

Buğra's first novel "Siyah Kehribar" ("Black Amber") was published in 1955. It was an anti-fascist story set in Mussolini's Italy, which was an eccentric choice because Turkish novelists rarely wrote about other countries or people. The novel, a rejection of totalitarianism, was seen as a dichotomy among literary critics.

Tarık Buğra published his masterpiece, "Küçük Ağa" ("Little Agha") in 1963, which was a reaction against the socialist novelist Kemal Tahir's novels about the War of Independence.

The novel created a positive response, which would help Buğra's masterpiece filmed as a TV series 20 years later. "Küçük Ağa," tells the story of an imam, who goes through a character transformation at the dawn of the War of Independence. At first, the "imam from Istanbul" is a pious and traditionalist character and an Ottoman cliché. However, driven by the impact of events, the imam becomes a resistance fighter against the occupation. He changed his look together with his attitude and thoughts, all of which reflect Buğra's nationalist and conservative secularism and right-wing Kemalism.

After the novel's success, Buğra wrote two more novels that covered the War of Independence and the establishment of the Turkish Republic. He was deliberate in making a conservative and nationalist but secular interpretation of the modern history of Turkey. He wrote "Dönemeçte" ("The Turning") at the end of the 1970s in order to blame liberalization brought by the multiparty regime after 1946.

Rapid modernization created corruption and degeneration among both the ordinary people and the intellectuals, according to Tarık Buğra. He pointed at mass consumption as a sign of dissolution of the society. There are two positive characters in "Dönemeçte," the illuminated doctor and the humble dervish, who are an interesting pair showing the utopian conservatism of Buğra.

Tarık Buğra won many prominent literary prizes. Moreover, some of his novels and stories including "Küçük Ağa," "Osmancık" ("Little Osman"), a novel about Osman I – the founding father of the Ottoman Empire. "İbişin Rüyası" ("The Dream of İbiş"), a romantic drama about drama players, "Yalnızlar" ("The Loners"), "Dönemeçte" and "Yağmur Beklerken" ("Waiting for the Rain") were all adapted for the big screen.

He also wrote several plays for the stage. Tarık Buğra died of cancer on Feb. 26, 1994 in Istanbul.

Share on Facebook Share on Twitter
Previous in Books The 37th International Istanbul Book Fair has attracted large interest,... Next in Books One of the first books printed during the Ottoman era, the "Kitab-ı...
DAILY SABAH RECOMMENDS