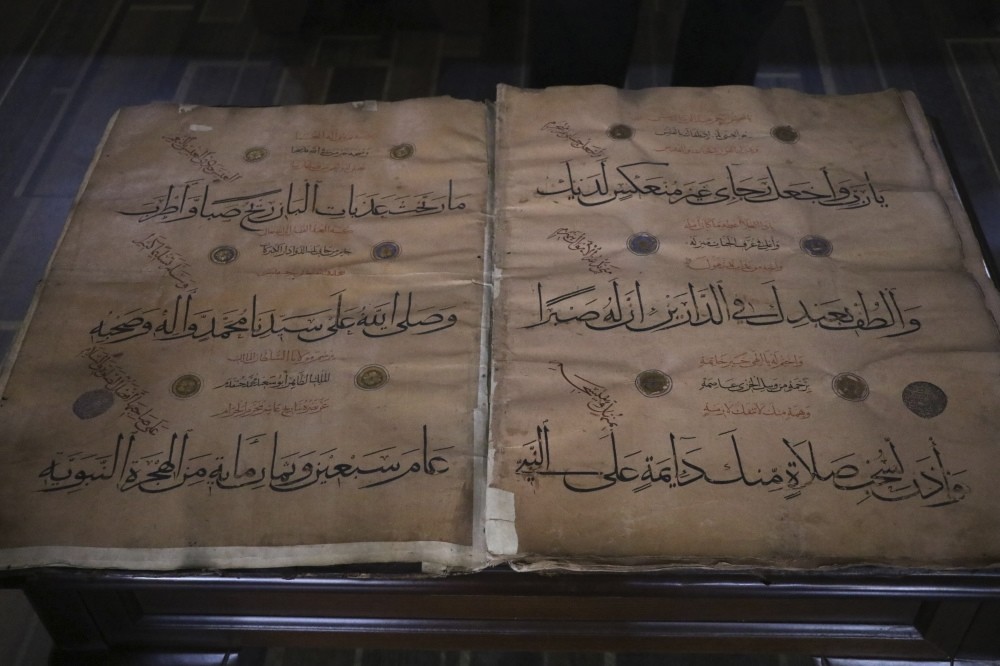 The Raşit Efendi Manuscript Library in central Turkey's Kayseri has preserved numerous written documents in its archives since its foundation in the 1790s. The manuscript has preserved unique manuscripts in special compact storage units for more than 223 years. According to Anadolu Agency (AA), the historic library currently has some 8,520 works including 2,052 manuscripts in its archives. The library contains written works about religion, literature, history and geography in Arabic and Persian. Because of its unique manuscripts, the library is a valuable resource for university students, academics and researchers.

Historic manuscripts are held in special storage units to avoid moisture and corrosion. In addition, these cupboards - produced from a special turpentine tree in the late 1790s - keep away bugs. This building's temperature and moisture are controlled by precision air conditioners.

Mehmet Karaarslan, a retired history teacher and a regular user of the library, told AA that "Raşit Efendi was a well-known Ottoman bureaucrat. He wanted to have a library in his hometown Kayseri," he said.

"The original manuscript that includes his proposal for the library is also here."

Karaarslan said that the library contains many works that were made possible with the foundation of the İbrahim Müteferrika printing house.

İbrahim Müteferrika is a prominent figure in Ottoman history. He was a Hungarian-born Ottoman diplomat and the first Muslim to run a printing press with Arabic-type letters.