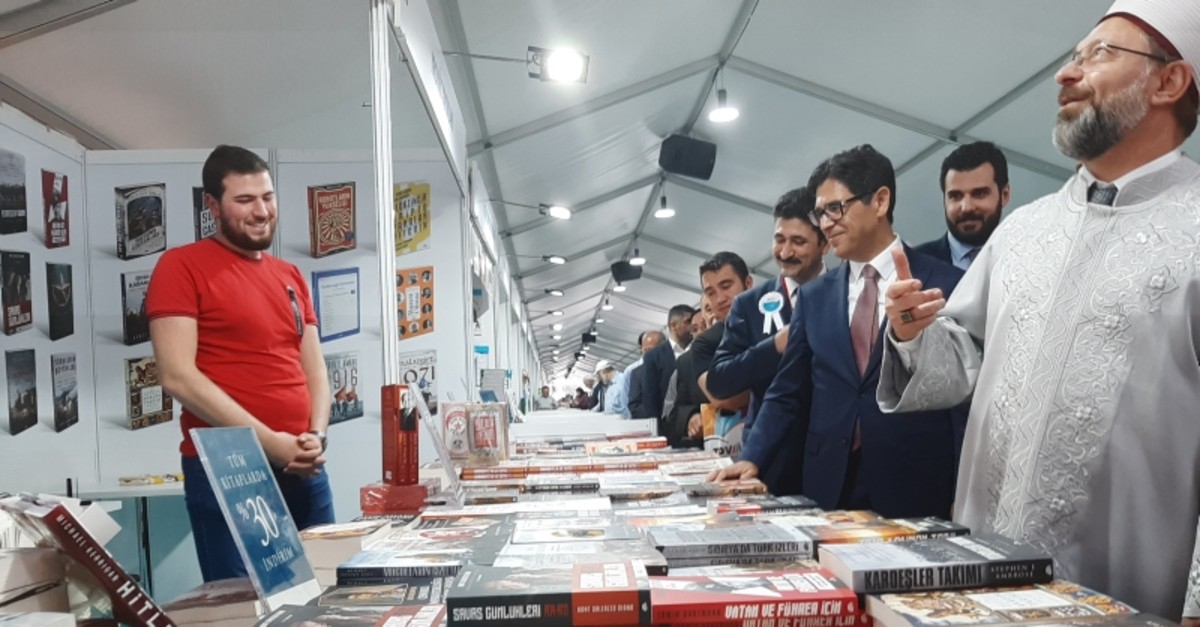 The 38th Turkey Book and Culture Fair kicked off Wednesday in the historical Sultanahmet district with the participation of more than hundred domestic and international publication houses.

The fair, which is organized by the Turkish Diyanet Foundation (TDV) with the support of the Istanbul Metropolitan Municipality (İBB) Kültür A.Ş. and the Turkey Press Guild, sets a motto each year to reflect current issues in the world.

This year's motto was chosen as "Ramadan meets books," signifying the importance of reading in Islam.

Speaking at the opening ceremony of the fair, Ali Erbaş, Turkey's most senior cleric and the head of the Presidency of Religious Affairs (DİB) said: "Islamic civilization is the civilization of knowledge and books," adding that there were many verses in Quran and also hadiths (sayings by Prophet Mohammed) ordering people to read more, contemplate and expand their knowledge.

The second part of the fair is being held at The Grand Çamlıca Mosque on the city's Anatolian side.

The fair will also be held in several other provinces including capital Ankara, Gaziantep as well as in Germany.