Milkman: An oblique and powerful account of a young woman's troubles 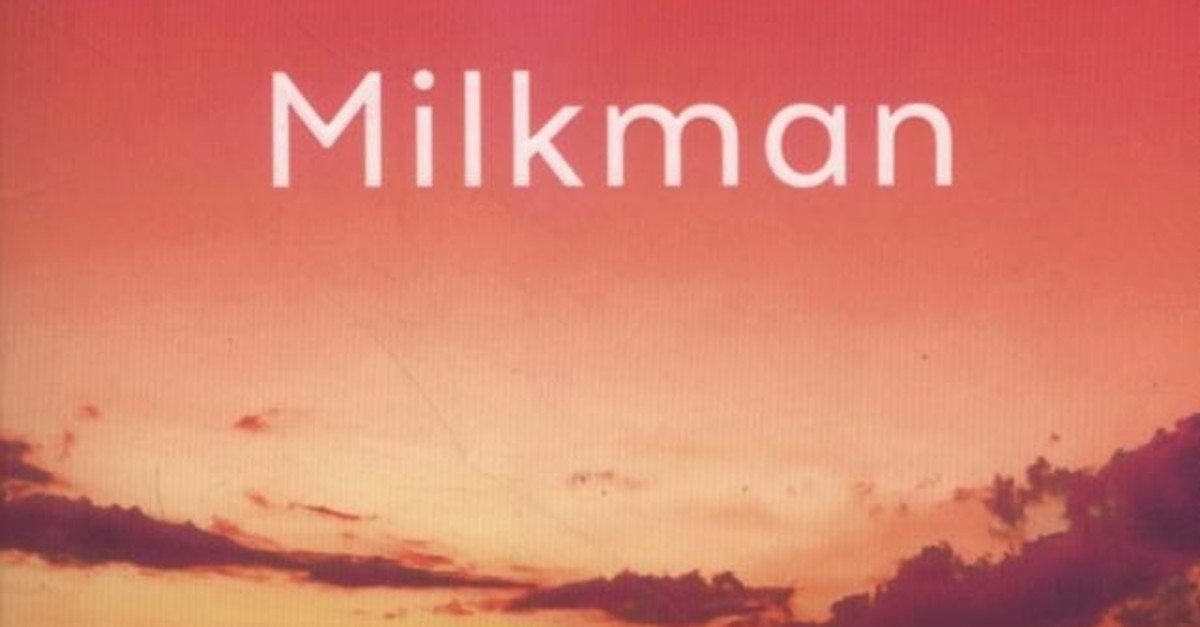 'Milkman' is a coming of age story set in Northern Ireland, alienating and familiar all at once. Anna Burns's narrator takes the reader into her confidence and talks about the appearance of a character code named Milkman by the community. After winning the Man Booker Prize in October 2018 and entering the alter book reader's radar, the book has also recently won the inaugural George Orwell Political Fiction award

"Milkman" plunges you into the world of the narrator right from the start: "The day Somebody McSomebody put a gun to my breast and called me a cat and threatened to shoot me was the same day the Milkman died." It is as if you've been randomly sat next to a person you don't know in the pub, and she starts telling you a story about people you do not know, in an accent you can't quite understand, but in such an engaging manner that you ought to at least try because, whether you like it or not, these people and events matter very much and you'd be a fool not to take her seriously. I first got to hear about Milkman' on Twitter where people were defending it as not being "all that difficult as people make it out to be." A fan of trying to crack literary nuts, this was high recommendation for me so I read the book in the winter break and loved it, and was not at all surprised at by the George Orwell Political Fiction Award win.

The buzz around "Milkman" coincided with discussions of the return to a hard border in Ireland and the Netflix series "Derry Girls." Yes, the story is set Northern Ireland. This we know because as the unnamed narrator- no character is named in this novel until the very end, and even then, only a couple of them- describes from the very beginning a society in which people's every step is watched either by the community or the police, and they speak in riddles and euphemisms because who knows who is listening - yes, pretty Orwellian.

We learn early on that the community is at odds with the state, we also learn that the women are at odds with the men who try to control their behavior, and indeed, try to claim them as property. For the narrator, this claim appears in the figure of the Milkman - as well as one of her sisters' husbands who keeps making passes at her. But of course, #notallmen. There is another brother in law with whom she gets along and goes running and "the maybe boyfriend" who wants to put things in a more official footing. The narrator, the Middle Sister as the good brother in law calls her, might be one of the girls that escape the "relentless" attention of the boys as she is a bit weird. She goes to French classes. She reads all manner of classics as she walks about town.

It is on one of her visits to "maybe boyfriend's" (as she names him; indeed, as she names everyone according to how they are connected to her or the community) house that a very strange, a very "divided country" thing happens that tests the loyalties of the men who are gathered there. It is an event that provides the men with a contest of "loyaler than thou." As it so happens, the "maybe boyfriend" is into cars and engines and likes to bring bits of machinery into the house to boast to friends and neighbors as to how he procured such rare items in raffles. This time, the item that the "maybe boyfriend" has got is the supercharger of a Bentley. One of the men raises the sinister question: "which among you at the garage then, drew the bit with the flag on?" referring, naturally, to the unspeakable Union Jack. Just like that, as so many other places in the novel, the characters are reminded that they are implicated in an ongoing battle, that they have to prove that they do their bit for the struggle, or at least distance themselves in all ways from "the other side."

The Middle Sister tries to make sense of the force of the sectarianism she's just witnessed: "At this time, in this place, when it came to the political problems, which included bombs and guns and death and maiming ordinary people said their side did it" or "our side did it," or "their religion did it" or "they did it" or "we did it" or "renouncers-of-the-state-did-it" or "the state did it."

As this passage shows, Burns is very well attuned to the resonances of this way of explaining the situation in Northern Ireland, foregoing all names to reveal that the conflict there is a reflection of all the conflicts elsewhere.

The Milkman whom the Middle Sister does not know but who one day stops to speak to her becomes the symbol of all the national and patriarchal powers that lay a claim on the her life. It is that kind of community where if you have let a man speak to you, the implication is you must have let him do other things to you too. It's a great lesson in patriarchy: because the people around you assume that you are in a relationship with a man, the harassing man feels even more empowered to force their company upon you.

The general consensus about the identity of the Milkman seems to be that he is a paramilitary; the sort, as Middle Sister's mother warns her, that is likely to get killed at some point. Once this rumor spreads, the girls at the pub start treating the narrator differently, for in her own way, she is helping "the war effort." Being "the girl" of a paramilitary is both an envied and feared position in society with all its possibilities and dangers.

The impossibility of speaking what one thinks, of even defending oneself in the face of slander is revealed in a scene in which the narrator meets up with her "longest friend" at a lounge and after being quizzed about the Milkman she tells the whole story of how he has chased after her and how the whole community misread all the other strange things (no spoilers!) that have been happening. The longest friend's reaction is "I understand your not wanting to talk. That makes sense, and how could it not, now that you're considered a community beyond the pale." But Middle Sister has just talked. However, while she thought she was at last explaining all that had happened to her, her story has fallen on deaf ears. So why speak at all?

There are several other "misfit" characters around the story of the Middle Sister, like the tablets girl, the boy who killed himself over America and Russia, and the tablet's girl sister who goes blind because of frustrated love. The first name we encounter in the novel is hers, Susannah Eleanor Lizabetta Effie, in a letter written to her by the tablets girl, listing all the fears that girls like them face such as being talked about, being pitied, being abandoned.

The other name that gets revealed, finally, is the name of the Milkman, which the narrator finds difficult to believe and accept. The end also has a revelation about the "maybe boyfriend" that makes her see things anew. By the end of the novel she has gone through several rings of fire and come alright at the other end. And as a reader you feel grateful and privileged that she decided to confide in you, and thank Anna Burns for having chosen such lyrical and visceral language to tell this female coming of age story in a conflict zone.