Rıfat Ilgaz: The creator of mischievous children in Turkish literature 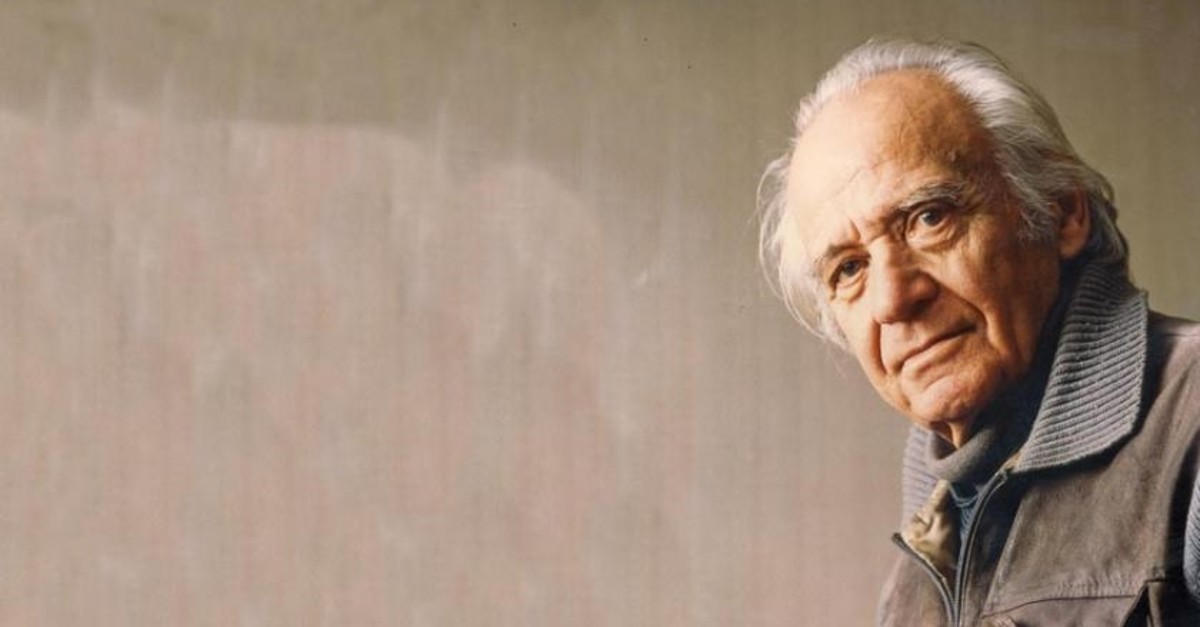 Known for his ‘Hababam Sınıfı' (‘The Class of Chaos') and the movies it inspired, Rıfat Ilgaz produced over 60 works over his lifetime. The prolific writer was commemorated by Turkish readers on the anniversary of his death

Twenty-six years have passed since the death of Turkish novel, poem and story writer Rıfat Ilgaz and Turkey remembered him on his death anniversary on June 7.

Born as the youngest child of Fatma Hanım and Hüseyin Vehbi Bey on May 7, 1911 in Kastamanu province, Mehmet Rıfat Ilgaz completed his primary and secondary school in this city. He graduated from the boarding school Muallim Mektebi, a teacher's training school, in 1930.

He started to write poems in his days as a student. In 1936, he studied literature at Gazi Education Institute's Literature Department. Working as a primary school teacher in the Gerede Akçakoca and Gümüşova districts for six years, he was appointed to Istanbul later. He worked as a Turkish teacher at Karagümrük Secondary School and Nişantaşı High School there.

In 1926, his first published poem was "Sevgilimin Mezarında" ("Beside the Grave of My Lover"). Ilgaz also studied philosophy and met Hasan Tanrıkut, Sabahattin Kudret Aksal and Salah Birsel in the same years. He published Yürüyüş Magazine with Ömer Faruk Toprak in 1942 and worked with various poets, including Orhan Kemal, Sait Faik Abasıyanık, Cahit Irgat, İbrahim Abdülkadir Meriçboyu and Nazım Hikmet in this journal.

His first poetry book "Yarenlik" ("Friendly Chat") met literature lovers in 1943. The next year, he was imprisoned for six months because of his poetry book "Sınıf" ("Class"). Ilgaz wanted to continue teaching after his release; however, he left teaching in 1947 for various reasons and started to work as a journalist.

Trying to maintain a socialist and realistic line in his writing and life, Ilgaz was prosecuted for his works. He was sentenced to nearly five and a half years in prison but did not complete the whole sentence in jail due to illness and amnesty.

Critic Asım Bezirci said about Ilgaz, who was under the influence of the period's poets like Faruk Nafiz Çamlıbel, Ahmet Kutsi Tecer and Halit Fahri Ozansoy, in Papirüs magazine: "We know Rıfat Ilgaz as a socialist poet. We did not know that he wrote poems that were not socialist for a long time. Such poems are among the pages of old magazines. Ilgaz did not include them in any of his books. That's why he was always considered as a poet who deals with social issues. In fact, these poems also had a role in Ilgaz's success as a socialist poet."

"The power of Ilgaz was his pen," Aydın Ilgaz, the writer's son, told Anadolu Agency (AA) in an interview in 2018. He added that his father always weaved reality into his work.

"My father had 12 poetry collections," said his son. He said poems by his father that used to be banned are now part of school curriculums.

Ilgaz also wrote extensively for magazines and newspapers. He published short stories in Dolmuş magazine under the pen name "Stepne." "Hababam Sınıfı" ("The Class of Chaos") was one of these stories.

Becoming especially popular with this story, he made it into a play that was staged at Istanbul's Ulvi Uraz Theater Hall for three months in 1966. It was shown over 600 times to audiences totaling 51,000 people. The piece also toured Germany and Japan.

In 1975, this story made the jump to the silver screen and proved so popular that it spawned five sequels. The film tells the story of Çamlıca High School's newly appointed assistant principal and history teacher Mahmut. He tries to discipline the mischievous kids of this class.

Ilgaz explained why he wrote such a story: "Hababam Class is a satire of Turkish education. Humor is white, positive. Laughing is not the main element of humor. One can laugh or cry at his/her will. I criticize and don't even think about comedy. In the 'Class of Chaos,' three things are criticized: Cheating, memorization and fabricated respect. My humor is based on making others think."

During his final years, Ilgaz focused on his memoirs and books for children. With idealism from his years as a teacher, he wanted to write for the new generation.

Ilgaz passed away on July 7, 1993 in Istanbul and was buried in Zincirlikuyu Cemetery. A cultural festival is held every July 7-9 in Kastamonu to mark the anniversary of his passing.