"Turkey's Cultural Heritage" ("Türkiye'nin Kültür Hazineleri") was published on Wednesday by Turkey's leading news agency with the contribution of Tourism and Culture Ministry. 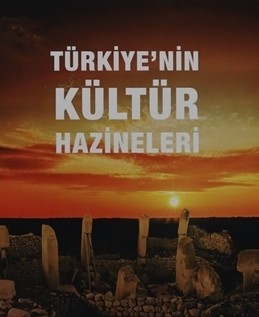 The book covers nearly 80 sites such as Akdamar Church built in the 900s on an island in Lake Van, the 1,600-year-old Sumela Monastery, built on the steep slope in Black Sea Trabzon province and İshak Pasha Palace in eastern Ağrı, which took at least 100 years to build.

AA Director General Şenol Kazancı said in the preface that Turkey has cultural and natural assets with universal values as old as history of humanity.

"National and international activities carried out for the preservation of our cultural and natural assets are quite valuable in carrying this rich accumulation to the future as the common heritage of humanity."

"As of 2018, some 18 of our assets are registered in UNESCO's World Heritage List, and 77 of them in the Tentative List. This book presents a rich collection of historical, cultural and natural artifacts registered in these UNESCO lists," Kazancı added.