'The Magus' delivers a magical summer in the Aegean 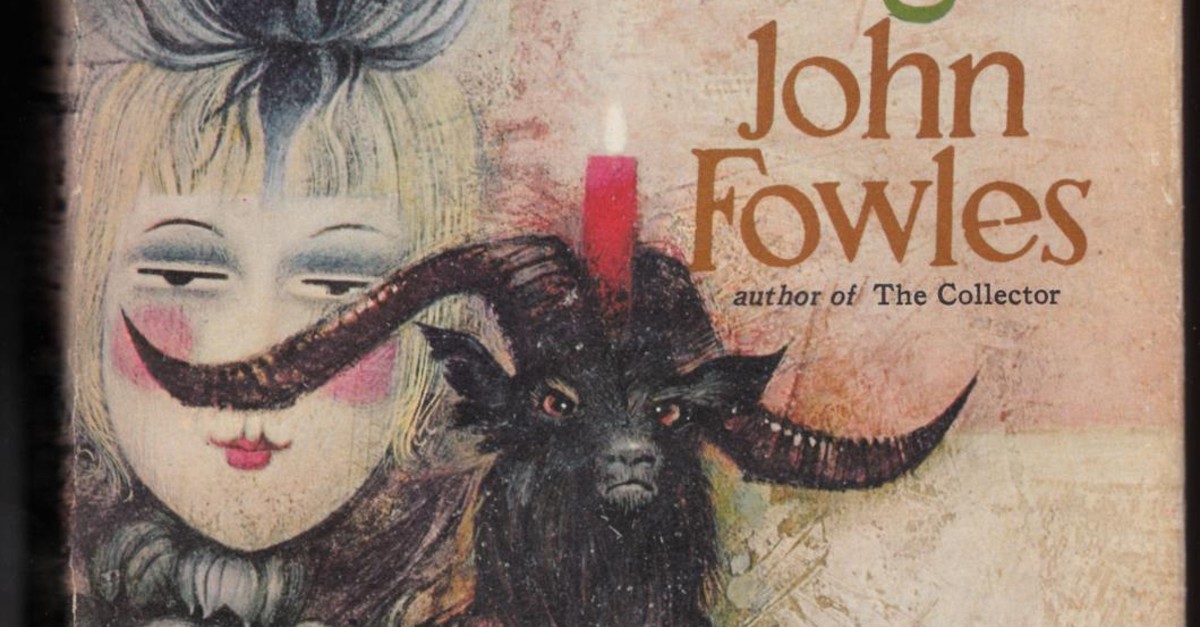 John Fowles' 1968 novel ‘The Magus' retains all its Aegean olive groves and blue sea atmosphere and dramatic mystery four decades on. Those readers who have not been able to get away from the city will be transported to the rocky shores of the island of Phraxos and take dips in the sea, and those who are already on the beach can cast themselves in one of the roles dished out by Conchis, the Magus of the title

Talking about "The Magus" to someone who hasn't read it is a bit like assuming the role of Conchis, the character who acts as the magician, the master of revels in this novel: what to reveal and what to keep secret so that you give no spoilers, so that the unsuspecting reader gets the same sense of mystification and shock you experienced first time you read it.

"The Magus" starts in London where our hero and narrator, Nicholas Urfe, a recent graduate of Oxford, is at a loose end, trying to spice up his life. "I didn't know where I was going, but I knew what I needed. I needed a new land, a new race, a new language; and although I couldn't have put it into words then, I needed a new mystery," ends the first chapter. And in great orientalist fashion Nick looks to the east for the mystery — but the innate provincialism he so desperately fights against allows him to venture only as far as Greece. And mystery is indeed what he gets in spadesful. Throughout Nick's adventure/ordeal Fowles makes sure that he gets to live all of his fantasies. In fact, it's as if Fowles has said "Let's think up a unique experience for an English major" before sitting down to write the book. Through his adventures in Phraxos we hear Nick say he felt like several gods, one of Ulysses's men, a satyr, et cetera. You get the picture. Lest we chide Fowles for letting this middle-class Englishman "live his best life" so easily, this experience comes at a high price. What this high price is is somewhat difficult to say; still, a reaffirmation of his character as a vacuous little idiot seems to be what he gets out of the experience.

In London Nick applies for a job in the island of Phraxos (based on Spetses, where Fowles worked as an English teacher himself) and while waiting for their response, charms himself into the affections of the Australian airline hostess Alison: "Girls, or a certain kind of girl, liked me [...] I wasn't ugly; and even more important, I had my loneliness, which, as every cad knows, is a deadly weapon with women. My 'technique' was to make a show of unpredictability, cynicism and indifference." No, he doesn't endear himself to the reader. Even at this early stage of the novel Fowles starts working his magic with words that will come to haunt the story and the reader. The "technique" Nick uses against women will in turn be used against him by Conchis when he starts acting in the Magus's "meta theater." Calling what Conchis does "meta theater" seems already to be revealing too much to the naive reader. But then, as Conchis​ and various other literary figures and masters also say, isn't life itself a drama we're acting out?

Nick is drawn into Conchis's orbit before he even sets foot in Phraxos, when he meets up with another man who's taught at the island school. He is given scant practical information, but more importantly a coy warning that he should be wary of the "Waiting Room." This waiting room turns out to be Conchis's isolated villa on the island, discovered by Nick on one of this solitary walks, where he often swims. This walk and swim is described by Fowles in the most sensuous language, which has all the colonizing flavor of "one was the very first man who ever stood on it" but I dare anyone not to be transported to the rocky beach he describes and share in his pleasure. When he returns to the shore he discovers a book of poetry, with lines drawn under verses about exploration and knowledge. Thus, Nick's sentimental education begins.

Conchis's method of teaching turns out to be pretty unorthodox, and starting with a lady's glove left at the gate, followed couple of days later by strange noises. Yes, we are firmly in the English graduate territory. And old man with books on an island who produces uncanny sounds isn't that... and just before you've worked out the metaphor, Nick says there's something like Prospero about Conchis. And that's before he meets the girl. Or the girls. Or Caliban. It looks like the Waiting Room the Purgatory that Nick has to go through before the god(s) in this story decide whether he can be reformed and forgiven are peopled with several characters in Conchis's pay and/or protection. And this is the riddle that Nicholas has to work out through his visits there: as Conchis stages masques, scenes, and tells longs stories about his past, he has to decide whether the characters he meets are who they say there are, or who Conchis says they are. Nick's sense of judgement is crucially clouded by the fact that he is physically attracted to the girl(s) whom Conchis introduces to him in several different guises.

The making of a European man

What, then, does Conchis get out of this theater? Although there is no definitive answer, one can look for it in the stories he tells to Nick between the acts. If we are to believe him and he proves himself untrustworthy on several occasions Conchis was a young man in love when World War I broke out and he had to face the horrors of the trenches, which altered his own sense of reality, God and free will. It is this trauma that he seems to want to visit on Nick, to see whether he will act differently. Although the first parallel drawn is Prospero, as we hear more of his story and lineage, Conchis reveals himself to be as much the Kurtz in Conrad's "Heart of Darkness." Even the money that he has built the Waiting Room with can be traced back to the Congo. And by his own admission he is foremost a European, just like Kurtz, into whose making all Europe contributed. At one point in the story he tells Nick about the German occupation of Phraxos. It is to those European values that Conchis appeals when he sees Nazis torture Greek rebels. "I beg you in the name of European civilization to stop this barbarity," he pleads. But the reader, if they have not been too mesmerized by Fowles' narrative, will remember the Congo connection, and the kind of barbarity European civilization is capable of, making this one of the most ironic moments in the novel.

After these forays into the macrocosm of power relations, we return always back to Nick, for whose pleasure or education Conchis has been setting the scenes. The lesson seems broadly to be about human choices and free will, and for Nick this has been whittled down to a choice of romantic partner which turns out to be a cautionary tale about how class consciousness will often lead us astray. We see him waver, and act out the most stereotypical weaknesses of the male of the species in relationships. He is as duplicitous as the human baits thrown his way by Conchis. "Alright [...] I'm a born cad, a swine, whatever you want. But why the colossal performance to tell one miserable moral bankrupt what he is?" he asks at one point. To such questions there is no answer. Conchis always draws parallels with how God doesn't answer such direct questions either and intimates his "plan" only through mysterious ways.

I read "The Magus" for the first time some 12 years ago and it still has a hold on me. It will be banal, but I'll say it anyway: Fowles is the real Magus here, spinning a yarn in such an intricate way, and indeed, spinning the blindfolded hero and the reader round and round till we lose our sense of direction and can't tell which way is which when we're allowed to see again. Still, it's a spin not to be missed. And just like Nick keeps returning to the Waiting Room although he's been thoroughly tricked each time he has visited, I keep returning to "The Magus," for those walks in the olive groves, dips in the dark blue sea, and a mystery that reveals something else each time you look at it.