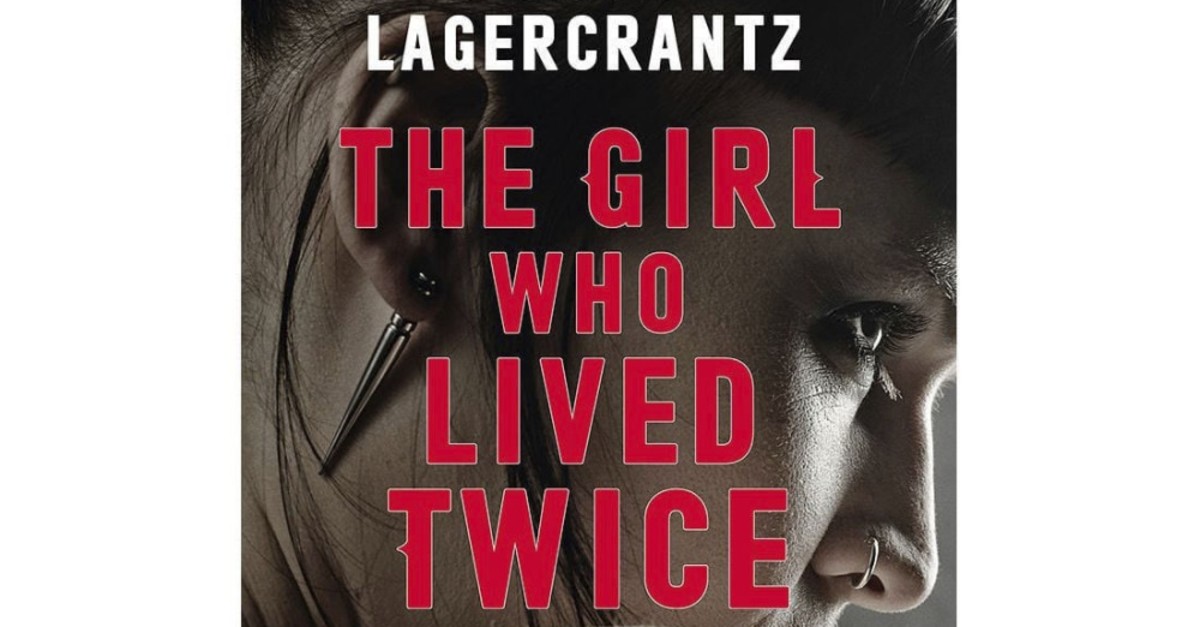 It is only right that a best-selling novel series about an unstoppable computer hacker assassin should go out with a bang.

In "The Girl Who Lived Twice," hitting bookstore shelves in 30-odd countries this month, Swedish crime writer Stieg Larsson's antiheroine Lisbeth Salander is back for a high-paced final installment of the "Millennium" saga.

The last in the series — which kicked off in 2005 with "The Girl With The Dragon Tattoo" is a tale of political scandal, death, power games, and lashings of Nordic noir.

It wraps up a six-part, best-selling social commentary on contemporary Sweden, the threat of technology to individual liberties, and violence against women.

For the finale, Salander is in Moscow to settle a long-running feud with evil twin sister Camilla, before becoming embroiled in a cat-and-mouse chase with Russian gangsters.

Her sidekick is Mikael Blomkvist, a journalist who calls on Salander to help trace the identity of a homeless man whose last words pointed to damaging secrets at the highest levels of government.

It is this kind of psychological suspense which helped the "Millenium" series sell about 100 million copies around the globe. The series was created by Stieg Larsson, a Swedish investigative journalist who specialized in covering far-right politics.

But his fame came posthumously. He died at the age of 50 from a heart attack in 2004, a year before the release of the first book in the series, "The Girl With the Dragon Tattoo," followed by "The Girl Who Played with Fire" (2006) and "The Girl Who Kicked the Hornet's Nest" (2007).

And with the series' rise to fame came a battle over its future and the novelist's estate.

After the first three novels were published, another Swede, David Lagercrantz was commissioned to finish the saga.

While Larsson's father and brother gave their blessing, his longtime partner Eva Gabrielsson vehemently opposed Lagercrantz — the son of an intellectual from a well-off area

as a choice to continue the left-wing militant's work.

The couple were not married and Larsson left no will, so his estate went to his brother and father. Books number four and five in the series, "The Girl in the Spider's Web" (2015) and "The Girl Who Takes an Eye for an Eye" (2017) went on to sell 14 million copies.

"For me, it's over," Lagercrantz told Agence France-Presse (AFP). "But Lisbeth is immortal. She will live on in one way or another, in TV, cinema or in other books."

As for the legal battle, the author who also counts a biography of Swedish footballer Zlatan Ibrahimovic among his works has no regrets. "With hindsight, I'm glad I carried on (Larsson's works). It allowed people to discover his novels and his political activism," he said.

Larsson, who wrote for Swedish anti-racist magazine Expo and lived under constant threat from neo-Nazi groups "realized the dangers of the far-right before everyone else," Lagercrantz said.

But despite calling "The Girl Who Lived Twice" his "best book in the series" in an interview with its Swedish publisher Norstedts, Lagercrantz's final installment has received lukewarm reviews. The Washington Post describes his prose as "borderline stilted and with major and minor plot turns that make little sense," whereas for The Guardian, Salander has become "just another all-purpose kick-ass heroine."