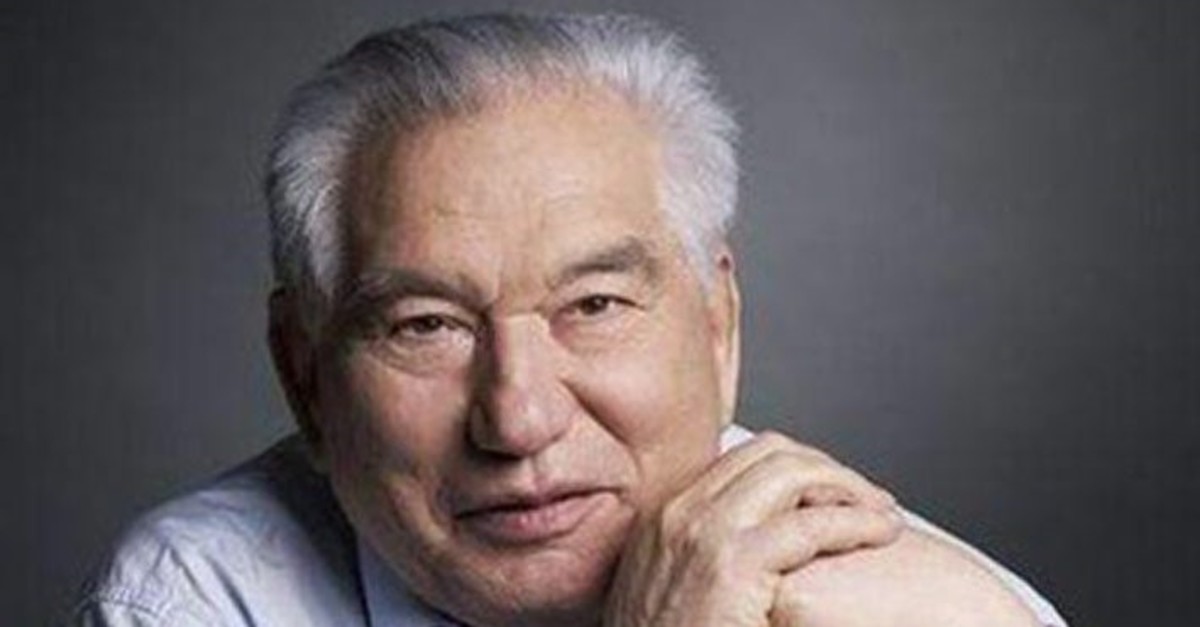 Chingiz Aitmatov was a brilliant author whose books have been read by millions around the world.
by Burak Erdem Çelik Sep 09, 2019 12:23 am

Turkey is commemorating Kyrgyz writer Chingiz Aitmatov, known as the "sage of the steppes" in world literature, on his 90th birthday.

Thirty-six students, who completed a detailed study of Aitmatov's work traveled to the author's hometown in Kyrgyzstan as part of the "Culture Bridge" the project, run by Anadolu Mektebi and the Ministry of National Education.

The students will organize panels featuring their presentations on Aitmatov and join "Cultural and Geographical Reading" trips to explore the historical, natural and cultural locations that inspired Aitmatov's works. The sites will include the Ata-Beyit monument, the unforgettable setting of "The Day Lasts More Than a Hundred Years" and Lake Issık, described in "The White Ship."

There will be four panels on the works of Aitmatov. Before these panels, 16 Anadolu Mektebi students, who completed readings of five authors and who delivered Chingiz Aitmatov readings at more than 30 provinces through the 2017-2018 academic year and also talked about the life of the author at these programs, will make presentations.

The group of 36 students and four teachers will be hosted by Kyrgyzstan's Manas University at the Eurasian Union of Writers event.

The "Cultural Bridge" program, organized by the Turkish Language Society, Foreign Turks and Related Communities Presidency and the Turkish Religious Foundation, not only introduces Anadolu Mektebi students to their peers in Kyrgyzstan but also will allow them to commemorate Aitmatov.

This program, organized for young students who read, think and write their thoughts, is expected to contribute to the country's literature, culture and art world.

Former Minister of Agriculture professor Sami Güçlü, who organized the events, said Aitmatov has affected both Turkey and Anatolia with his works.

"His works have been translated into many languages. Anadolu Mektebi is organizing this trip to reward young people who successfully studied his literary works," said Güçlü.