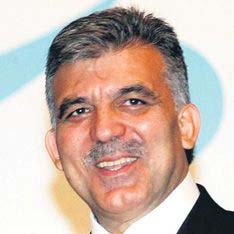 President Abdullah Gül has said Turkey would become stronger with a powerful economy, a better democracy and higher legal standards, and that a strong Turkey would be to the benefit of the world, Europe and its neighbors.

Attending the Turkish-German Economy Forum on Wednesday in Kayseri, Central Anatolia, with German President Christian Wulff, Gül commenced his speech by welcoming the guests. "It is my pleasure to welcome you to the city in which I was born," he said.

The president said Wulff's visit adds a fresh impetus to the already-good relations between the two nations, particularly mentioning the role of over 3 million Turks in Germany as a bridge between the two peoples.

He said Turks show their fidelity to Germany by integrating into its society while at the same time protecting their Muslim-Turkish identity.

He recalled Germany's past support for Turkey's membership process to the European Union and asked the "engine of the EU" to continue supporting Turkey's case.

The Turkish president also spoke about the recent success of the Turkish economy and a number of structural reforms that secured the country from the effects of last year's global economic crisis while pushing Turkey's economy to new heights.

"Trade volume between Turkey and Germany exceeded $30 billion in 2008, but our exports fell as European markets sustained heavy damage from the economic crisis," Gül said. If Turkey joins the EU, it will have a share in the current pie of wealth, he noted, adding that Turkey will first increase the size of the pie and then take its share.
Last Update: Oct 22, 2010 1:31 pm
RELATED TOPICS