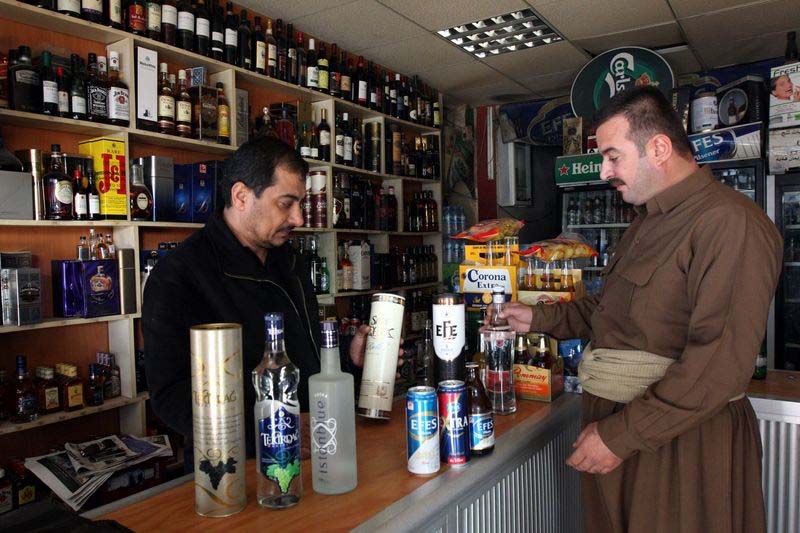 Turkish clothing and beer are hot sellers in the streets of Arbil, the capital of Iraq's Kurdish north. Far to the south, Iranian cars roam the streets of Basra and Iranian pilgrims flock to Iraq's holy sites.

Sunni Ankara and Shi'ite Tehran, old rivals turned friends, are vying for post-war economic clout in neighboring Iraq to capitalize on an expected oil boom, and have been flexing their muscles in Baghdad's government formation talks, diplomats and politicians said.

Already one of Iraq's main trade partners, Turkey wants a bigger foothold in its southern neighbor through increased investment to counter Iran's growing influence and to boost its stature as a regional economic and political power.

Turkish companies are top investors in hotels, real estate, industry and energy in Iraq's semi-autonomous northern Kurdish region, and increasingly in the Shi'ite south where Iranian influence had been almost unchallenged.

Iran is Iraq's main trading partner and has been one of the largest investors in its construction and industrial sectors since the fall of Sunni dictator Saddam Hussein.

"It is clear that they are competing, specifically in Turkey's effort to dam in Iranian influence. Iran has undoubtedly gained a significant role in Iraq since 2003, and from about 2007 on, Turkey has started to push back," said Joost Hiltermann of the International Crisis Group.

"They are holding each other in balance."

Ankara, which spent years focusing its diplomacy on Europe, has turned its attention to the Middle East and an emerging role as a neutral mediator and economic power. It has lobbied for an inclusive Iraq government that does not exclude minority Sunnis.

Maliki, a Shi'ite, visited Turkey and Iran in October as part of a tour to gain regional backing for his bid to form Iraq' new government in exchange for investment deals.

Iraq's Arab neighbours and the United States are worried about Iran's growing clout in Iraq, particularly as U.S. forces prepare to withdraw by end of 2011, tempting anxious neighbours to vie for influence in Baghdad.

"They (Turkey) are doing this throughout Iraq, in Kurdistan as well as in Baghdad and even Basra, which is not usually an area of Turkish influence," said Hiltermann. "The presence of a Turkish consulate in Basra is very much part of a strategy to dam in Iranian influence in Iraq through investments and trade."

A day before Maliki's visit to Ankara, Turkish oil company TPAO won deals to develop two Iraqi gas fields, a sign of Ankara's ambitions to become an energy bridge between Europe and the Middle East.

TPAO also has small stakes in two Iraqi oilfields, among a series of deals Iraq signed with global firms in a bid to quadruple its crude output capacity to Saudi levels.

As Baghdad embarks on unprecedented energy development, foreign investors also are eyeing opportunities in industry and infrastructure. War-damaged Iraq is starving for housing and electricity investments.

Turkish construction firms are building houses in Arbil, Turkish goods flood the malls and many young Kurds spend holidays in Istanbul, where some learn to speak the language.

About 55 percent of the foreign firms in Iraqi Kurdistan - 640 of 1,170 - are from Turkey, which expects bilateral trade of about $6 billion last year to grow to $20 billion in four years.

Iran has invested in power plants, schools and factories in Iraq, and expects exports to rise to more than $8 billion in 2010 from $6 billion a year ago despite Western-backed economic sanctions aimed at curbing business with the Islamic Republic.

Iranian-made Saipa and Peugeot cars are common on the roads and some Iraqis favor an illegally imported Iranian liquor.

"It is best described as the latest manifestation of a latent and sometimes overt Iranian-Turkish rivalry that has existed in the region for decades and centuries," said Gala Riani, Middle East Analyst at IHS Global Insight.

"Iran and Turkey have each historically considered themselves as being the bigger political, economic and military power of the region. In Iraq, both sides are capitalizing on the vast economic opportunities that are present in both the south and the north."

Turkey and Iran also have an interest in a stable Iraq as they seek a solution to their decades-long conflict with separatist Kurdish rebels, who fight for an ethnic homeland for Kurds. Like Iraq, Turkey and Iran have large Kurdish minorities.

"Turkey remains justifiably somewhat wary of Iran and, to some degree, still a rival. However, Ankara's AKP-dominated government has sought to improve relations with Tehran, in part to reduce the likelihood of regional conflict," said Wayne White, a scholar at the Middle East Institute.

"In Iraq, both Turks and Iranians have no desire for greater Kurdish autonomy. Both seek greater influence in Baghdad, although Iran clearly holds the upper hand in that respect."

But Iraqi political analyst Ibrahim al-Sumaidaie said Turkey may win growing influence in Iraq, at least in the short term, as a more neutral party that can win acceptance from all sides.

"With the rising pressure of the international community and increase of sanctions and hints of military actions against Iran, the near future will witness a rise for the Turkish role," he said.