Turkish official growth slows to 5.5 per cent in third quarter 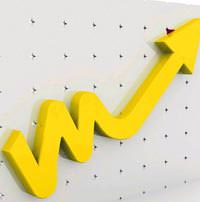 Turkey’s economy grew 5.5 per cent in the third quarter, official data showed yesterday, marking a sharp decline and falling below expectations, but Ankara maintained hope of beating its year-end target.

Gross domestic product expanded by 5.5 per cent on a 12-month basis, while growing 1.1 per cent in seasonally adjusted terms when compared to the previous quarter, the statistics institute said.

The government's initial year-end target was set at 3.5 per cent, but optimism grew it would be doubled following tiger-economy growth in the first two quarters that outstripped the pace of global recovery.

The third-quarter performance was about one percentage point below market expectations, even though it marked a fourth quarter of growth in a row following a severe contraction last year.

"We expect notable growth also in the last quarter of 2010," Trade and Industry Minister Nihat Ergun said, adding the government estimated that annual growth would be "above seven per cent".

"We expect the GDP to accelerate in the fourth quarter, as evidenced by the leading indicators and lift our 2011 forecast slightly up to five per cent," Fortis Bank said in a research note.

Economic sucess is vital for Prime Minister Recep Tayyip Erdogan ahead of general elections next year, in which his Islamist-rooted, business-friendly Justice and Development Party will seek a third straight term in power.

Turkey's recovery from the global crisis began in the last quarter of 2009, with GDP increasing six per cent after a contraction cycle of four quarters that caused the economy to slump 4.7 per cent last year.