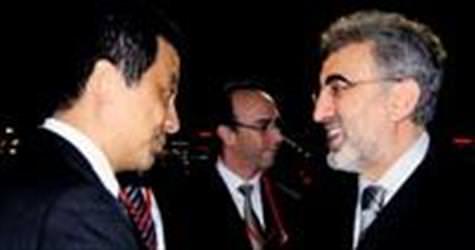 Japan and Turkey signed a memorandum on civil nuclear cooperation Friday, a step toward a possible 20-billion-dollar deal for Japanese companies to build a nuclear plant in Turkey, an official said.

"The paper is a broad agreement in the area of nuclear energy development, but it backs up the discussion that the two countries have started on Sinop," the Black Sea coast location earmarked for the plant, a Japanese official said.

Turkey had negotiated with South Korea on the construction of the plant, but the talks have been held up since last month by disagreement on the terms, creating an opening for rival high-tech player Japan.

Turkey has said it remains open to proposals from other companies if better terms are offered for the project.

"Japan could offer a lot to meet the needs in Turkey, particularly earthquake-proof technologies," said the Japanese official.

Turkey hopes to build four nuclear reactors at Sinop while the details of a possible contract are still subject to negotiations, the official added.

The two ministers agreed to come up with "some sort of conclusion in three months", he said.

Japan is competing with South Korea and other countries to export cutting-edge technologies such as bullet trains and nuclear power plants, which are made by companies including Toshiba, Hitachi and Mitsubishi.

Ankara hopes to have nuclear plants up and running in at least two regions in 2023.

Turkey signed a deal worth 20 billion dollars with Russia in May to build its first nuclear power plant, at Akkuyu on the southern Mediterranean coast.