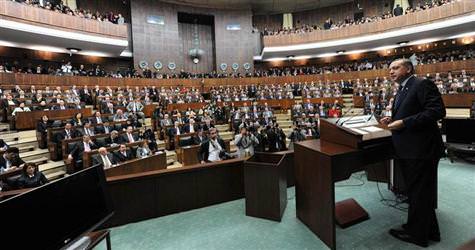 We may be facing a series of radical changes once the new draft of the Turkish Code of Obligations and the Code of Commerce is approved by the Grand National Assembly next week. Both the Code of Commerce and Code of Obligations are being rewritten to be compatible with European Union Standards and should the total 2,184 items be passed, widespread changes are anticipated to affect the nation.

The following is just a list of a number of bills to be discussed in the parliament:

ACCOUNTABILITY INSURANCE: The concept of 'Accountability Insurance' is about to enter Turkish commercial life. A doctor who conducts the wrong operation or a manager who misdirects a company will have to pay out reparations. Should the patient die on the table, then any contracts signed prior to surgery will be deemed invalid.
MANDATORY INTERNET WEBSITES: Companies may soon be compelled to open a website. Once the legislation is put into practice, company administrators who do not establish an internet website within three months time will face six months incarceration as well as a fine.
LIMIT ON HIGH INTEREST: Borrowers will now be protected against extortionate interest rates. The annual interest rate will be determined according to the statute in place at the time the loan is created. The interest agreed upon with a contract cannot exceed 50 percent of the determined annual interest rate. Meanwhile, the interest rate for default cannot exceed the determined annual interest rate.
INTERNATIONAL ACCOUNTING SYSTEM: All auditing of large or small enterprises will be conducted in accordance to international accounting standards. Whether a company holds cash, checks or bonds will all be made transparent.
FIVE-PERSON REQUIREMENT TO BE LIFTED: The requirement which dictates it mandatory that at least five individuals are needed to found a corporation will soon be lifted. When lifted, a single share holder will also be able to found a corporation.
DOOR TO DOOR SALES TO COME TO AN END: Door to door sales will from here on out be considered an 'invasive sales method.' In addition, those caught using fake diplomas may face up to a two-year prison sentence.
CUSTOMER PROTECTION: Hotels will be responsible to pay three times the cost of accommodation to compensate for a customer's stolen property. Companies will be held responsible for passengers' personal possessions. Unfair competition may be charged with a two-year sentence.
GUARANTORS RELIEVED: No one will be allowed to act as a guarantor unless that individual's spouse is also in agreement. In ten year's time, the guarantor will no longer be held liable. When judges deduce reparations, income levels will no longer be a consideration.
REPARATIONS FOR UNMARRIED SPOUSES AND LOVERS: According to the draft, it may become legal for unmarried spouses, lovers and fiancés to request compensation. In addition, the close family members of those killed or wounded may also be able to receive compensation.
TRUCK LITERATURE LIFTED: Live animals such as roosters and chickens will no longer be allowed to ride on intercity buses. Food items such as, Lahmacun, a spicy Turkish pizza, which may disrupt other passengers, will no longer be allowed to be consumed on buses. In addition, minibuses and trucks will have to remove any sort of writing or cute slogans that may be considered disruptive from their vehicles.