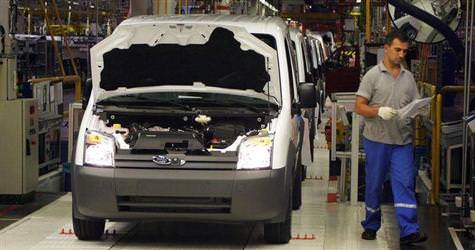 Last year, automotive sales broke a record high in the history of the Turkish Republic. Figures show that in 2010 alone, 761,000 automotives were sold.

While automotive sales are dropping in Europe due to the effects of the crisis, they appear to be selling like hotcakes in Turkey. Last year, vehicle sales increased by 36.5 percent, which is even higher than the record sales set in 2005. Authorities in the automotive sector speculate this year's sales may reach approximately 750,000.
With the back to back release of figures of growth, increased industrial production and dropping unemployment records, taken into overall consideration; it appears 2010 was the year for automobile manufacturers. When citizens went out and purchased cars due to the revitalization of the economy, the sector managed to break a historical record in sales. While in a number of countries sales figures recessed and manufacturers decreased their capacities, in 2010 the Turkish automotive sector was able to exceed the 723,000 sales record met in 2005 with 760,913 cars sold in 2010. According to figures released by the Automotive Distributors Association (ODD); in comparison to the 557,126 automobile and light commercial vehicle sales figures for 2009, sales last year increased by 36.58 percent. Figures from January to December of 2010 totaling 760,913 sales has surpassed the previous record set in 2005 of 723,854 sales for the same January to December period. Last year's automotive sales totaling 760,913 vehicles equates to 90 vehicles sold every hour. This beats the 2005 automotive industry record of 82 vehicles sold per hour.

STRONG INCREASE IN LUXURIOUS VEHICLES
Those involved in the automotive industry have been waiting in anticipation for December's figures, which show that 99,461 vehicles were sold. This equates to a 73.95 percentage increase in comparison to figures from the same month in 2009. According to the data released by the Automotive Distributors Association, 509,784 were accounted for in automobile sales. In December, 2010 light commercial vehicle sales showed an increase of 54.07 percent in comparison to the same month the year prior, reaching 48,908 units.

754,000 VEHICLES WERE EXPORTED
From January to December of 2010, sales of light commercial vehicles increased by 34.07 percent in comparison to the year prior, reaching 251,129 which is the second largest market growth since 2005. When inspecting figures based on engine volume; the sales of high engines and expensive vehicles stood out. In comparison to 2009, sales of vehicles under 1,600cc increased by 35 percent, while vehicles with engine capacities spanning between 1,600-2,000cc increased by 54 percent and vehicles with engine capacities of 2,000cc or higher increased by 25 percent.
In exports, it was Russia that brought a smile to the faces of automotive manufacturers. An explosive increase of 1,016 percent was seen in vehicle exports to Russia. In 2010, a total of 754,000 vehicles were exported, whereas in 2009, the figure was at 629,000.