Every nation has alcohol regulations 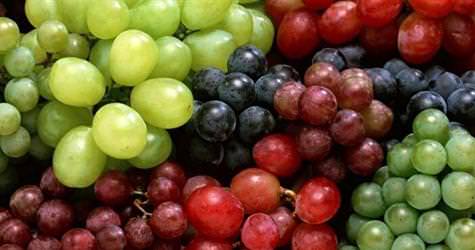 Turkey isn’t the only country to apply alcohol regulations in order to protect the nation’s youth… A number of countries try a variety of methods to regulate alcohol consumption and then establish laws accordingly.The World Health Organization is calling for a solution to the rise of alcohol consumption in developing countries between the ages of 15 - 24.

With the enforcement of new regulations on alcohol consumption and sales in Turkey, established by the Tobacco and Alcohol Market Regulation Board (TAPDK), perpetual debate has surfaced throughout the nation.
The days of being allowed to drink at festivities such as concerts, festivals and openings and selling, presenting tasting or consuming at the age of 18 and up has now come to an end. The legal age limit has officially been raised to 24. And it is this change that has acted as a fuse to the nation-wide debate on the country's alcohol regulations. The TAPDK is responding to the criticism by pointing out that there are similar regulations in place in Europe regarding alcohol consumption.
New regulations enforced by the United States and Europe as a result of the WHO's proposal is in fact attention-catching. According to the WHO, there is an increase in consumption in the 15-24 year age group in developing countries and placing restrictions on sponsorship and advertisements, increasing taxes and the minimum age limit for consumption will all contribute to overcoming the problem.
THE AGE LIMIT IN THE USA IS 21
New regulations are also being enforced in Europe. In France, for example it is now forbidden for alcohol companies to act as sponsors for sporting or cultural events. Certain restrictions on sales and advertising are also being implemented in Finland, Sweden and Norway. In the United States, the minimum age for consumption is 21. Furthermore, a number of states enforce strict regulations to ensure minors do not drink. Also, a number of states cover alcoholic beverages in Sundays, considered a holy day for Christians. In India, the minimum age limit is all the way up to 25 years. In recent years in Russia, the rate of tax increases on alcohol and tobacco products spanned form 30-50 percent.
IN THE REGION, TURKEY HAS THE MOST FREEDOM
Turkey is the nation to provide the highest level of freedom when it comes to alcohol consumption in the region. In Saudi Arabia, Qatar and Kuwait, the production, importing and consumption of alcohol is forbidden and can be punishable by prison sentences. In Kuwait, the consumption and importing of alcohol is also forbidden and in Iran there are also quite a number of restrictions.