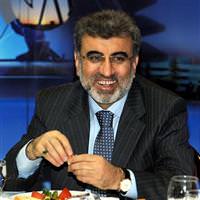 Iran has offered Ankara 4-5 oil small oil fields which Turkey will offer to the private sector, with each field requiring up to $100-200 million of investment, Energy Minister Taner Yildiz said on Monday.

He added Venezuela had offered Turkey two oil fields in return for construction projects. If Turkey were to invest in Venezuela it would invest $2 billion, he said.

Separately Yildiz said Turkey was discussing the building of a nuclear power plant exclusively with Japan. France had approached Turkey with an offer, he said, but it was impossible to ignore France's resistance to Turkey joining the European Union when considering that offer.