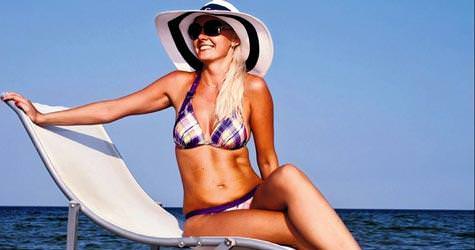 The uprising which began in Tunisia, Turkey’s tourism competitors, and then spread to Egypt also serious tourism contenders, has for Turkish tourism operators been like winning the lottery. With rooms filling fast, the risk of having to drop prices has all but disappeared.

While the political upheaval in both Tunisia and Egypt has had negative effects on their relative tourism industries, the situation has raised hopes for the Turkish tourism sector. As Europe embarks upon the season to make reservations for summer, the unrest in Tunisia and Egypt has resulted in directing further interest to Turkey. According to tour operators, tours planned to Egypt are seeing no activity, while demand for Tunisian trips is veering towards Turkey.
What is truly exciting those in the tourism industry is the possibility that the outcome of this increased demand may result in the stabilization of prices in Turkey. Due to hotels already beginning to fill occupancy for this summer season, the risk of price cutting on rooms remaining empty has disappeared, which equates to more revenue. According to TezTour Assistant General Manager Vural Karasu, "The biggest concern for tour operators is revenue from tourism and not the number of tourists. The biggest expectation derived from recent events is the fact that prices may be stabilized. When hotels are not at full capacity in the summer, they tend to drop prices, which can harm Turkey's image."
IT WILL REFLECT POSITIVELY
Odean Tour CEO Ayhan Bektaş, whose operations include both Turkey and Egypt, states, "We can definitely say that reservations for Egypt have slowed down. Instead of cancellations, we are offering a consumer postponement option. If this continues, we could see positive reflections on Turkey in April and May. Of course we truly want the events to come to subside and for both nations to return to their full capacity. We are constantly following the developments."
'Turkey will be the country to win in 2011'
Europe's Turkey Tourism Commission Chairman and TUİ official Hüseyin Baraner states that the biggest dangers for tourism are uprisings, war and epidemic illnesses. "In the 90's, tourists veered towards Egypt due to the incidents of terrorism in Turkey. The uprising in these countries now will in turn, veer tourists towards Turkey. These events tend to test countries from time to time in terms of tourism." Baraner went on to not that the crisis in Greece, Egypt and Tunisia will result in making Turkey the country to win in 2011.